Three years after launching the website FarmHer, Marjorie Guyler-Alaniz is taking the concept to the small screen. 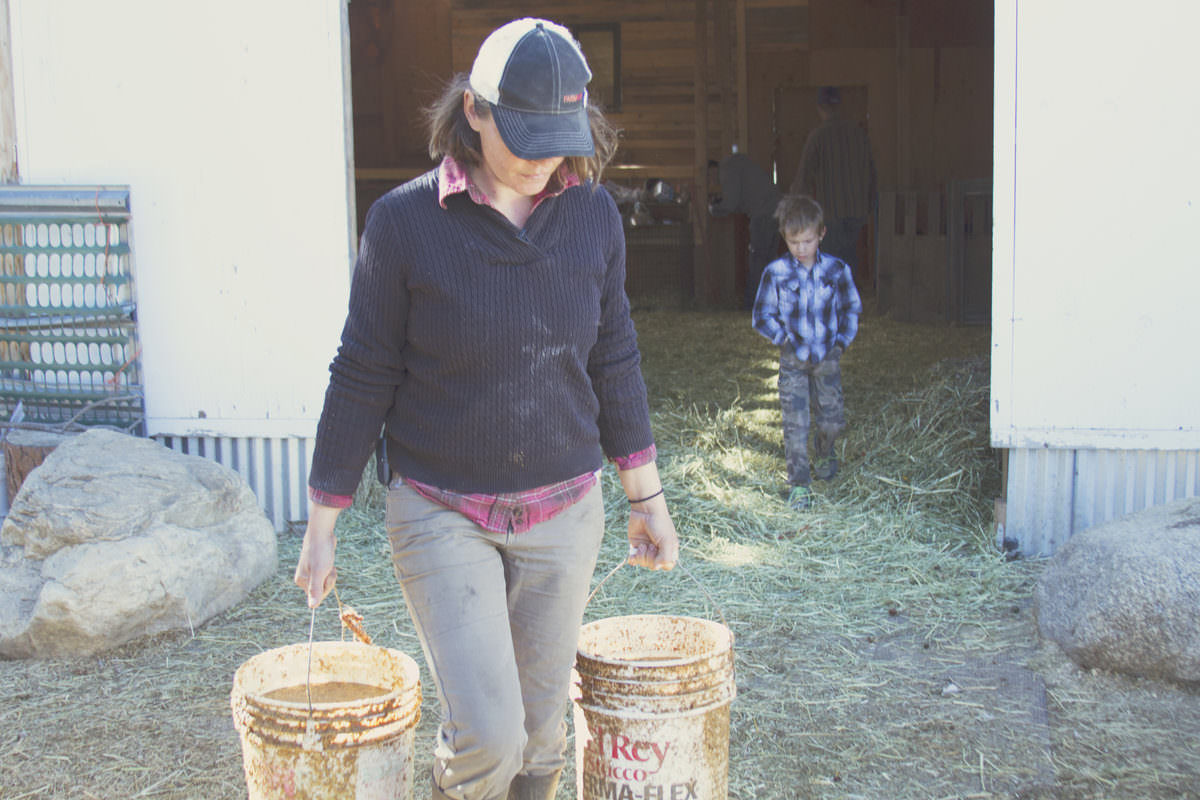 Jennifer Edwards - from the farm The Crowded Acre and the food truck The Bearded Lady in Buena Vista, Colorado - hauls spent grain to feed the pigs, with her son following behind her.
Photography Marjorie Guyler-Alaniz
Share
Tweet
Pin
Email
43K Shares

Born and raised in Iowa, Guyler-Alaniz studied graphic design, journalism, and photography in college then moved into the world of corporate agriculture, working in crop insurance for more than a decade before launching FarmHer, a venture that merged many of these interests.

“Women weren’t pictured anywhere in agriculture even though we know they are there. I had just spent a whole career working in agriculture, my grandparents were farmers, and I grew up in the country, so I knew women were a big part of agriculture,” Guyler-Alaniz tells Modern Farmer in a phone interview. “Rather than be frustrated about it I decided I would do something, so I started FarmHer.”

Three years after launching the site, Guyler-Alaniz will soon be on television herself as the host of a new half-hour show on RFD-TV, the channel that bills itself as “Rural America’s Most Important Network,” and has a reach of nearly 50 million households. (Here’s where to find the channel near you.) “FarmHer” will begin airing 26 episodes this September, featuring women like Colorado farmer Jennifer Edwards, who started a food truck that uses her farm’s bounty, and Pam Lunn, an urban goat farmer in Florida. 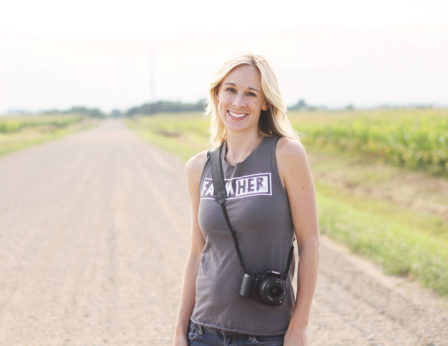 Modern Farmer: Why is it important to shine a light on women in agriculture?

Marjorie Guyler-Alaniz: Number one, it’s clear to me that young women are excited about FarmHer. Obviously, as a photographer, I’m a big believer in the idea that a picture speaks a thousand words. If I show a young woman what’s possible, then she can go out there and do it. We need to give agriculture all the help we can so we can continue to have a healthy agricultural system.

Number two, it’s about recognition for the women who are out there doing it right now. They’re doing something good and important, and we’re going to shine a light on that. We want to bring them out of the shadows, because if they view what they do as important, other people will also view it as important.

We want to bring [women] out of the shadows, because if they view what they do as important, other people will also view it as important.

Finally, it’s important for the rest of the world, those of us who aren’t farmers or directly connected to agriculture, to see who is growing our food. It’s important to see that women are actually out there doing it. That changes perceptions of what a woman can do. We’re going to show you a whole lot of women who are doing this. I hope it does help open some of those pathways for women.

MF: How did the television show came together?

MGA: When I show my photographs, I’m regularly told people want to learn more about these women and who they are and what they do. A few pictures, while beautiful, didn’t delve into it enough for many people. This takes it to the next level. We can take these still photographs and bring them to life through the stories we are going to tell in the television show. My goal for the show is to bring to life the beauty that women bring to agriculture. I’d been approached by other production and media companies in the past about creating something more with FarmHer, but none of them were the right fit. It wasn’t something I was willing to put out in the reality TV realm because I love it and wanted it to stay positive and good. RFD’s audience is rural America. It’s ag-focused, and RFD is looking for more ways to connect to an even wider audience about food, not just about agriculture. RFD was really excited about FarmHer, and I felt they were a great avenue to get FarmHer out in front of a way bigger audience. It will be in 50 million households, if they choose to watch it. 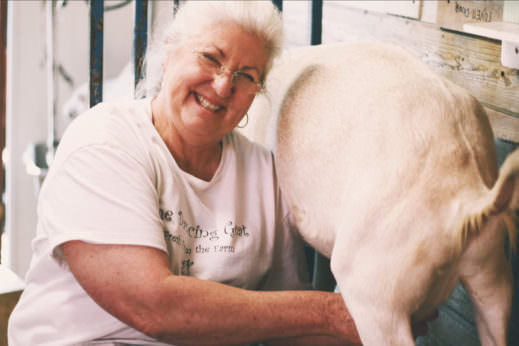 Pam Lunn, from The Dancing Goat in Tampa, Florida, milks one of the goats on her three-acre urban goat dairy. Marjorie Guyler-Alaniz 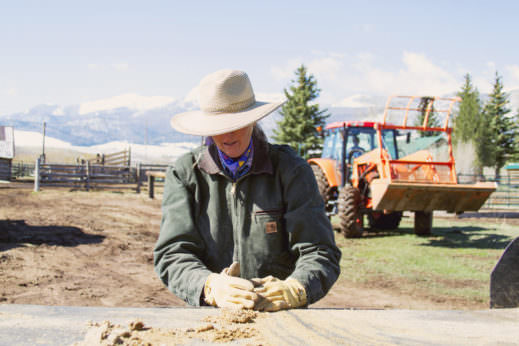 Elin Parker Ganschow from Music Meadows Ranch and Sangres Best Beef in Westcliffe, Colorado, works to remove a side rail from her truck in preparation to load hay to feed yearling cattle at pasture on her ranch. Marjorie Guyler-Alaniz

MF: What’s it been like for you to move into this new medium?

MGA: As a still photographer, when I used to go shoot at a farm I’d throw on some clothes, nothing nice, and not care at all what I looked like. It would be just me, so it was easy and fluid. We’ve kept it to a very small team for the show and so it still feels very fluid. But it’s still different. I care a little more about what I look like since I have to be in front of a camera. I don’t just roll out of bed. I’m not an actor so as long as I’m doing what I’m good at – taking pictures and talking to these women – we’re good. Every once and awhile I’ll freeze up in front of the camera. This is a growing process for me. It’s also about us learning to keep the show very true to the form FarmHer has always had. We have a great team from RFD, and I couldn’t be more excited to work with them. They’re easy to work and are great at what they do, which helps significantly for a newbie like me. I don’t think I’ll ever think of myself as a TV host, but rather as a photographer.

Get a sneak peek of “FarmHer” here: