It'd be awfully difficult, though. 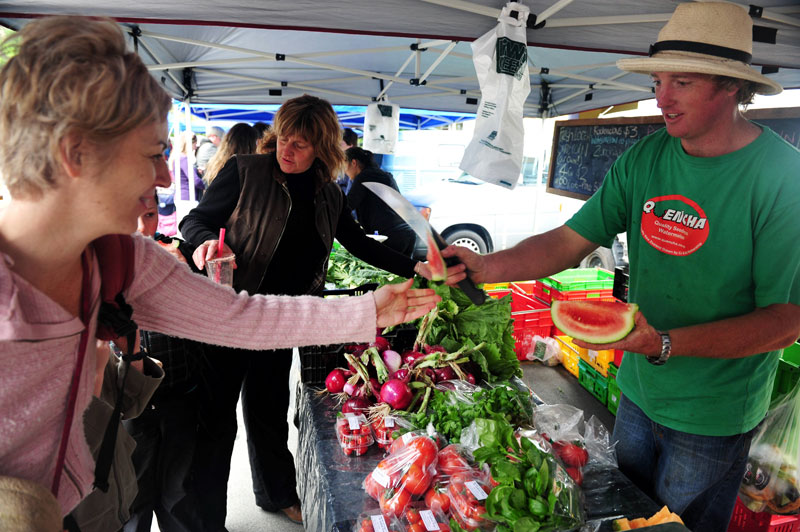 Previous studies have looked specifically at the cost or yield of organic farming, sometimes in specific countries, or at the cost of transitioning to an all-organic system. But this new survey – from John Reganold and Jonathan Wachter at Washington State University and published in February’s issue of Nature Plants – takes a more holistic view: It examines 40 years of studies to figure out if it would be possible to rejigger the system to feed the world with organic food.

The survey takes into account the four main tentpoles of sustainability, as laid out by the National Academy of Sciences: productivity, economics, environment, and community well-being. These, say the researchers, can all be answered with organic farming. Organic products are more expensive, which can make up for lower yields for farmers, say the researchers. They cite studies that indicate that yields that have in the past been considered too low to feed massive groups of people may rise due to climate change. The environmental aspects are not really disputed; organic farming, concerned primarily with soil health, promotes better quality soil, less polluted water, lower greenhouse gas emissions, and greater biodiversity of plants, animals, and microbes.

But the big caveat here: “Although organic agriculture has an untapped role to play when it comes to the establishment of sustainable farming systems, no single approach will safely feed the planet,” reads the paper. The researchers freely admit that the transitioning to a system in which organic agriculture really does feed the world would require absurd amounts of money and infrastructure changes; that a huge part of the effort would have to involve reducing food waste dramatically to make up for what still likely would be lower overall yields; and that labor would be sorely lacking for these sorts of agriculture jobs.

Basically, this survey is saying that years of research into organic farming’s efficacy does not prove that organic farming is incapable of feeding the world. But to turn that into “organic farming COULD feed the world” would require a total upheaval of the world’s agricultural infrastructure. No small feat! But theoretically possible.