In his teens, he unsuccessfully scoured the mountains for hallucinogenic mushrooms. Now 28, his home farm arms area restaurants with 'shrooms of the edible variety. 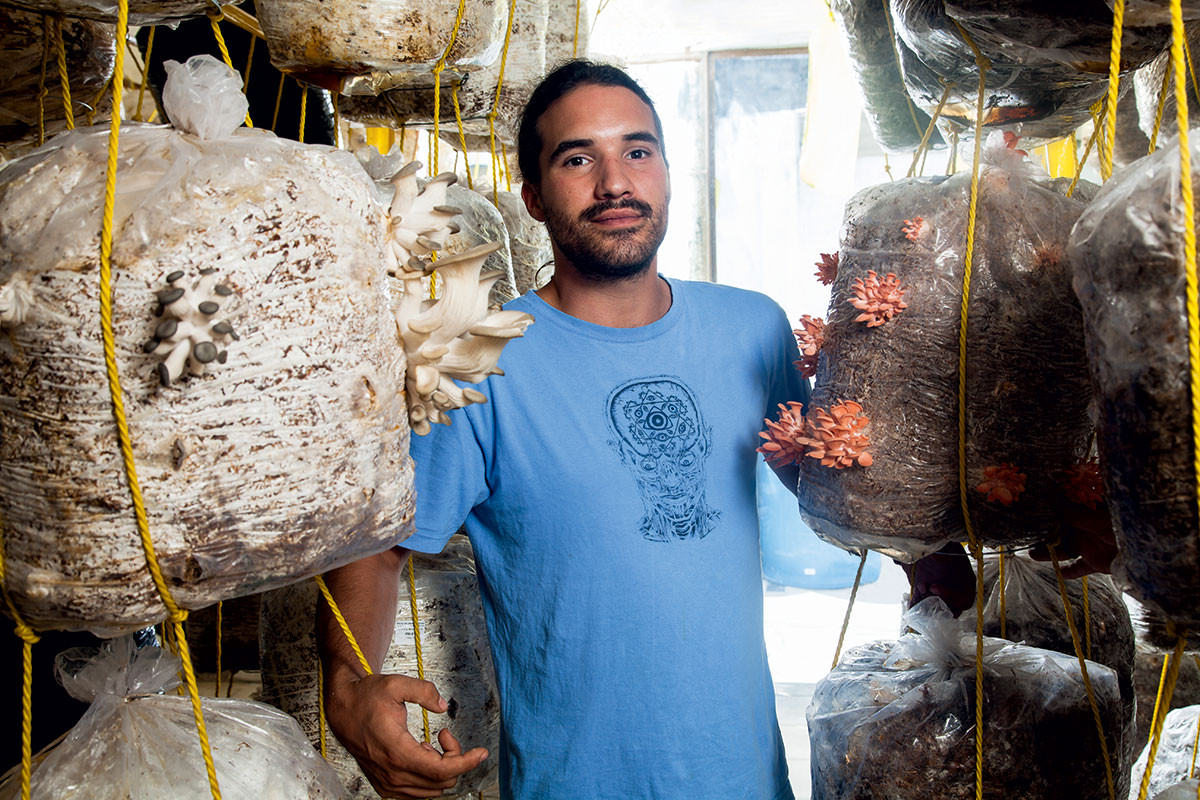 As a teenager, Arif Towns Alonso occasionally – and unsuccessfully – searched the mountains around his home state of Mexico for hallucinogenic mushrooms. But it wasn’t until he spent a few post-college years in Oaxaca, learning from local hongeros (mushroom hunters), that the pre-med student became a bonafide fungi fanatic. “The Oaxacan Zapotecs retained their traditions and know which mushrooms are edible or poisonous,” he says.

Recently, the couple expanded their focus beyond edible oysters and shiitakes after stumbling upon Ganoderma lucidum, a medicinal species reputed to shrink tumors and boost immunity. “Discovering mushrooms changed my life,” says Alonso, who just may change the lives of others.

Popular
Could Dissolvable Cranberry Film Replace Plastic Packaging Someday?Emily Baron Cadloff
Alaskan Salmon Face a Stream of New MinesBecki Robins
Why Don’t We Eat Turkey Eggs?Dan Nosowitz
7 Smokable Plants You Can Grow That Aren’t MarijuanaBrian Barth
Goat Sex: Everything You Wanted to Know But Were Afraid to AskAndrew Amelinckx
Explore Modern Farmer
Related
Animals, MTMF
Meet the Maine Teenager-Turned-Landscaper Thanks to Grazing GoatsBridget Shirvell
Labor, Politics
For Young Farmers, Land Access Will Make or Break the 2023 Farm...Emily Baron Cadloff
Lifestyle
This Kansas Farm Gives Veterans A New Path To Civilian LifeLindsay Campbell
MTMF
This Veteran Farmer Continues to Serve His CommunityBevin Cohen
wpDiscuz
We use cookies on our website to give you the most relevant experience by remembering your preferences and repeat visits. By clicking “Accept”, you consent to the use of ALL the cookies.
Cookie settings ACCEPT
Privacy & Cookies Policy