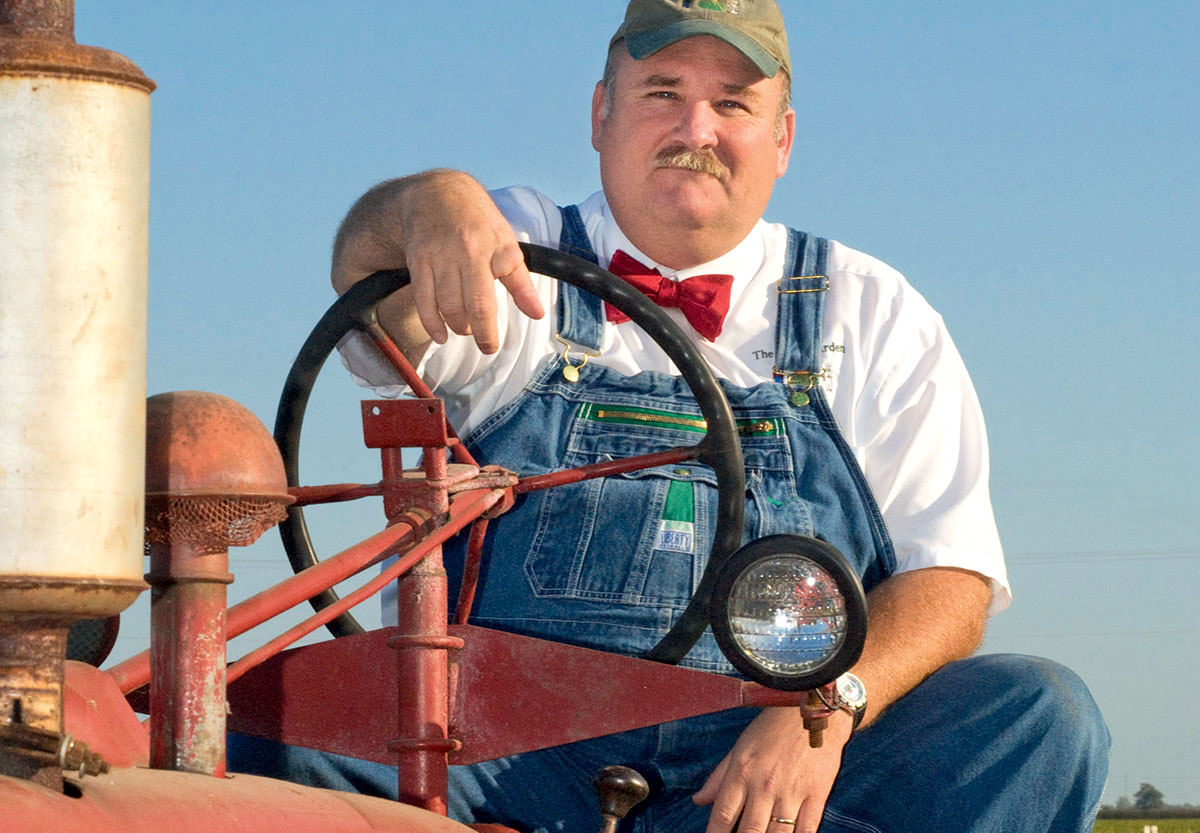 Lee Jones has catastrophic crop failure to thank for his current success. Back in 1983, following a devastating hailstorm, his family gave up on conventionally grown commodity crops and started fresh. Jones, his brother, Bob, and their father, Bob Sr., devoted their 300 acres in Huron, Ohio, to organic vegetables, cultivated for chefs. “We’re trying to farm in harmony with nature, like our ancestors did, instead of trying to outsmart it,” Lee says. Pointing to increases in kidney and liver disease, as well as in cancer, autism, childhood obesity, and allergies, over the past 60 years, he continues, “It’s our belief that agricultural practices affect our nation’s health, or the lack thereof.”

How do you improve soil quality naturally? We break our farm down into half-acre blocks and test each as a separate unit. The analysis can tell you what nutrients your fields are strong in, what they’re weak in. A conventional grower would restore balance by applying synthetic fertilizers. Instead, we rely on cover crops to remedy deficiencies. It could be clover, vetch, or Sudangrass. In any given year, two-thirds of our acreage is planted with cover crops, rather than crops we can take to market. That’s quite a commitment.

What’s the best way to combat pests organically? The greatest defense against insects is a good offense. First, your soil has to be healthy; then you have to sow healthy seeds. We have a rigorous seed-selection process. We test for vigor in petri dishes and gauge weight using a seed sorter. We’ve found a direct correlation between seed weight and endosperm quality. We also use Reemay, a material that keeps bugs out but lets water, light, and air in.

Should farmers be doing something specific during the slow winter months? This is the most critical time for planning. We have a saying on our farm: “Fail to plan, plan to fail.” Lay everything out, month by month and crop by crop. Scale back on the crops you didn’t find a market for last season, and amp up those with strong demand. Figure out your rotations, the volumes of product, the workforce you’ll need to get it harvested. Have your restaurateur customers influenced the way you farm? Chefs have taught us that every single stage of a plant’s life offers something unique to the plate. For example, we sell carrots in micro, petite, baby, and full sizes. Right now, our clients are rediscovering edible flowers, like the blooms of allium, arugula, mustard, parsnips, and radishes.

What advice would you give someone considering a career in agriculture? Farming looks pretty sexy these days. You have people in the city making good money, people who think it seems romantic to keep chickens and grow vegetables. But they often fail to grasp the full cost of what it takes to produce and sell those goods – including compensation for their own labor. I would challenge anybody interested in agriculture to understand what the market needs, whether from a national or local standpoint.

What will differentiate you? Food safety is also of the utmost importance: A food safety problem can irreparably damage the reputation of a small farm. I’m not saying this in a condescending way, just encouraging folks to go in with their eyes wide open. I want small farms to succeed. We need them. They’re the backbone of our country.