Nate O'Neil is a 40-something farmer who grows 70-odd crops, some of which with dry-growing techniques. 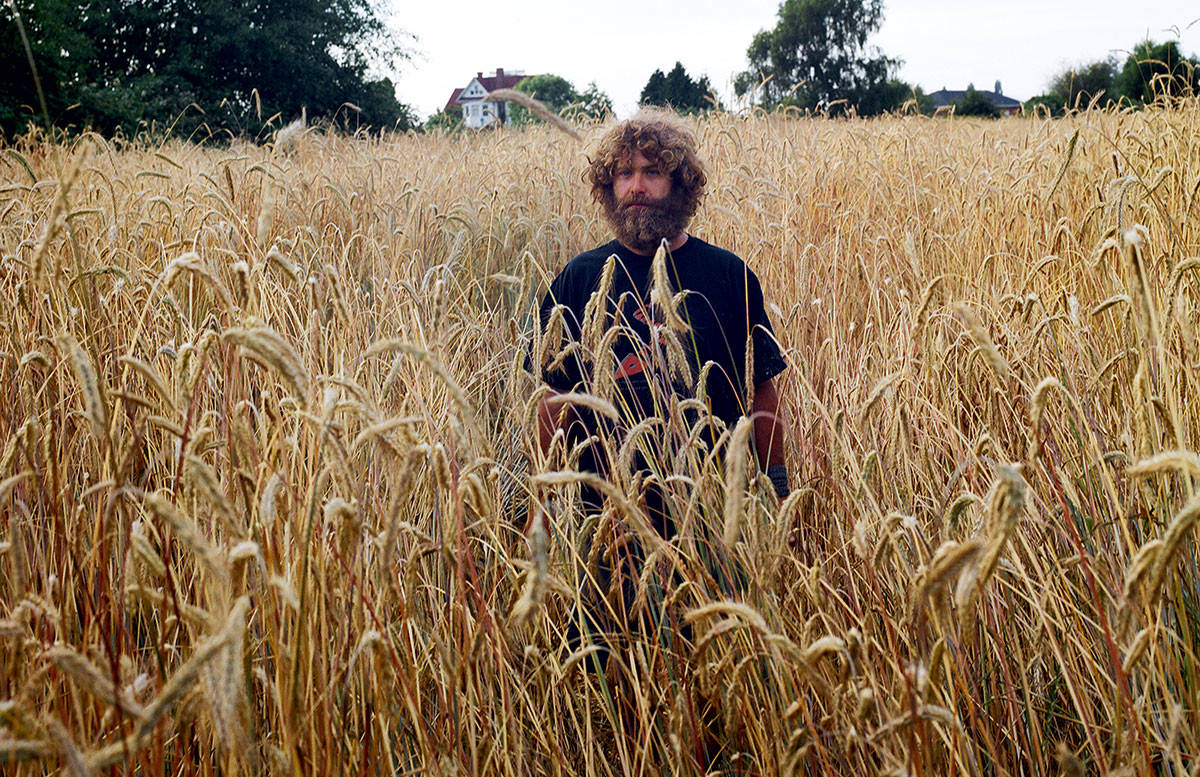 When you sell produce by the pound, bigger is always better – unless you’re the kind of farmer who prizes quality above quantity. “Potatoes are mainly water anyway; irrigating might make them plumper and prettier, but not tastier,” says Nate O’Neil, who employs dry-growing techniques to raise purple Peruvians, Yukon Golds, and fingerlings on 10 acres in the Skagit River Delta. “Instead of quick greening, I’m going for a more holistic, biodynamic thing,” adds the 40-something graduate of the University of California Santa Cruz’s esteemed agriculture program, who’s pictured here in a cover crop of rye.

Frog’s Song Farm – named for a chorus of ribbits so loud that O’Neil thought there was a problem with his truck’s grumbling engine – is also a family affair. His 16-year-old daughter, Oliva, helps out, as does his father, who purchased the land two decades ago. Over the years, O’Neil has expanded beyond potatoes, planting Jerusalem artichokes, Russian kiwi berries, and 70-plus other vegetables. “It always evolves through someone saying, ‘Try yacÁ³n root or this yellow raspberry.’ Soon, you’re growing tons of different stuff.”