This Desert May Hold The Clues To The Dawn Of Agriculture

Tools and other evidence suggest agriculture may have begun here. 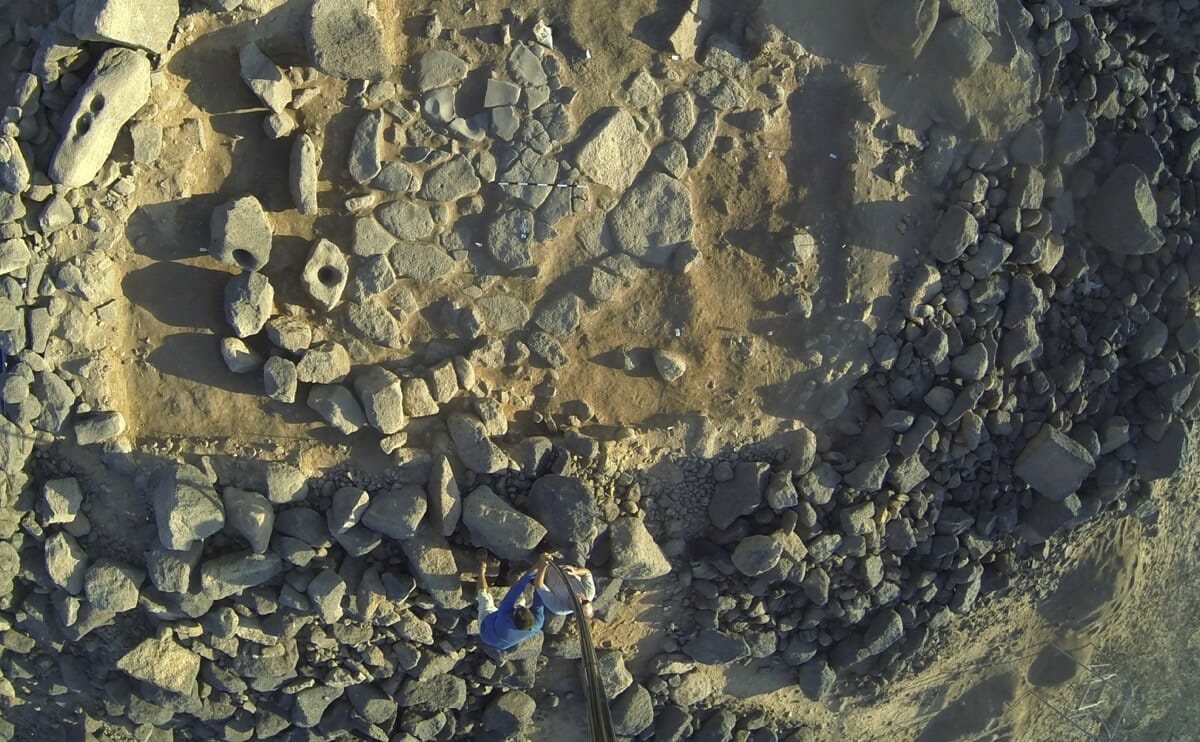 This barren area may have been one of the first places on Earth where hunter-gatherers made the transition to agriculture.

Tobias Richter, a professor at the University of Copenhagen, has published extensively on his archaeological work from this area, and his newest work, from last season and this year, finds tools and other evidence that suggest agriculture was practiced there. But why in the desert?

Around 14,000 years ago, around the time to which the recently uncovered evidence dates, this part of the world was startlingly different from the Mars-like landscape it is now. The climate was totally different, and botanical evidence suggests the area was warm and wet, covered in rich, lush vegetation. It was an ideal place for the Natufians, a pre-Neolithic people, to make a major change from the then-typical nomadic lifestyle to a more sedentary one. Why move around when game, fruits and vegetables are so plentiful right in one place?

“During this period, communities in the Levant (modern-day Israel, Palestine, Jordan, Lebanon and Syria) began to establish larger and more permanent settlements, which include the world’s earliest substantial, stone-built architecture,” writes Dr. Richter in an email to Modern Farmer. 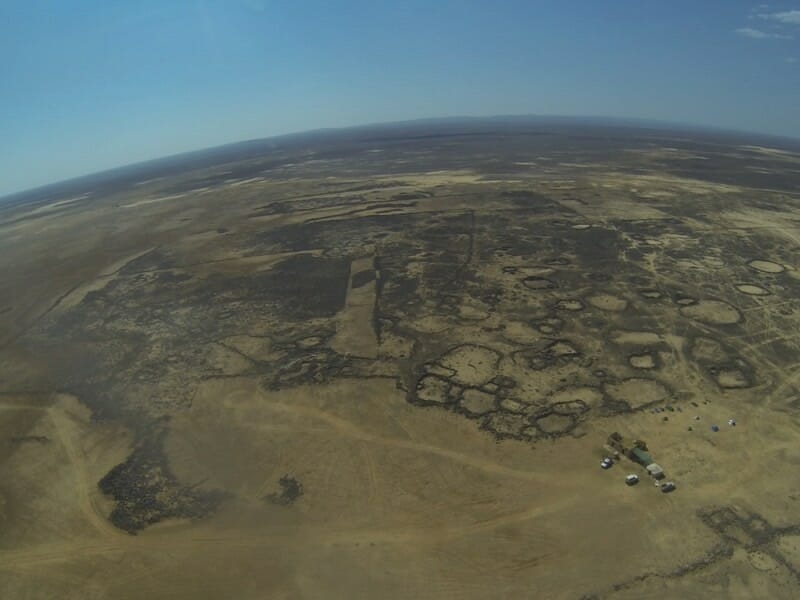 Then things changed. A period known now as the Younger Dryas, in which colder and drier climates swept through the globe, lasted around 1,300 years, starting at around 10,800 BC. All of a sudden, deprived of the ideal weather that had created the Levant Eden, plants that the Natufians relied on weren’t producing nearly as much. This combination of events – a desire to stay put instead of wandering nomadically, and a change in climate that severely hobbled the natural food output of the region – has repeatedly been pegged as one possible reason for the start of intentional agriculture.

The new site, named Shubayqa 6, holds the potential for rich findings about what actually went on during the Younger Dryas. “Similar to Shubayqa 1 [an earlier site], we found hundreds of ground stone tool implements used to process plant foods, as well as sickle blades,” writes Richter. Sickle blades, used to cut cereal crops, have long been associated with agriculture. Previous studies have shown microscopic striations on the blades that indicate they were used for cutting crops, the same striations that appear on modern sickle blades. “The botanical material from this site is also very rich and indicates the presence of barley and wheat in the local environment,” writes Richter.

This isn’t absolute proof. Richter says there’s still more work to be done before he’ll be confident saying plant cultivation definitely took place at these sites. But the evidence points in that direction, and could fill in some missing pieces about how humans began the long road toward farming.