It scored a 7 out of 10 from a renowned local brewery's taste test. And nobody's died from it (yet). 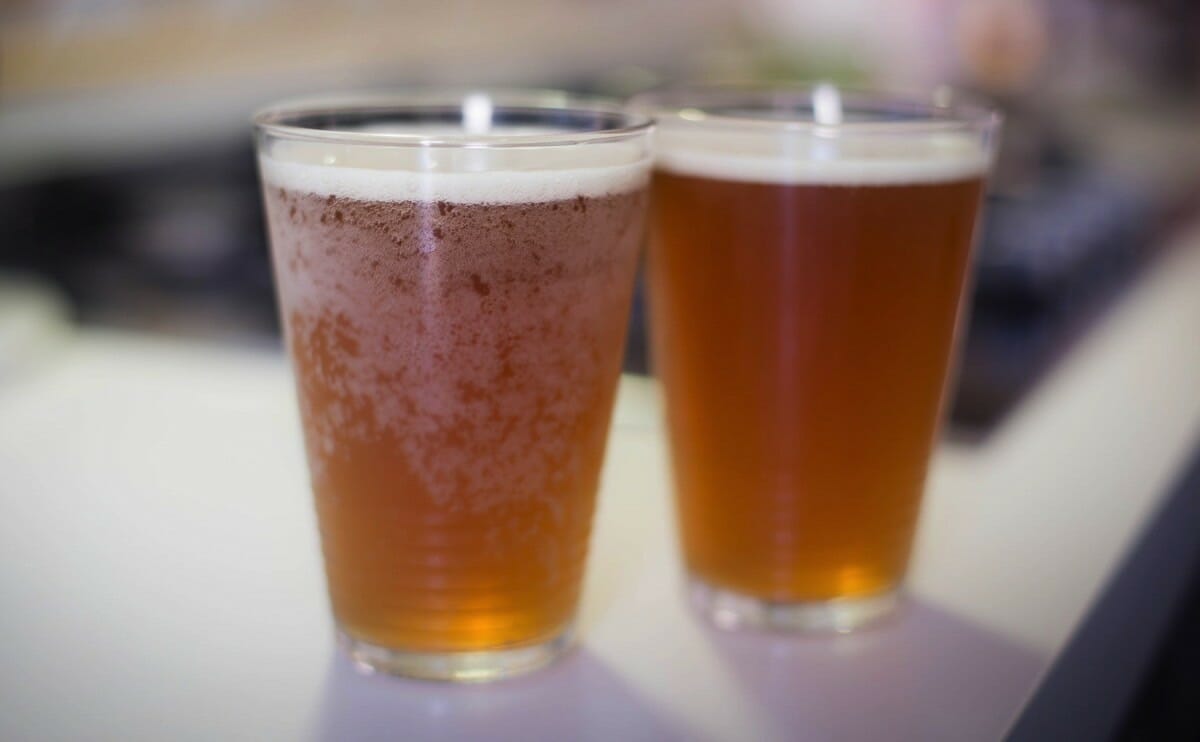 Theera Ratarasarn, a wastewater engineer in Milwaukee, is one of the last people you’d expect to bring his work home with him. But he’s actually managed to combine his work with his hobby – homebrewing – to create a wastewater beer he’s named “Activated Sludge Wheat Ale.”

Beer is one of the oldest alcoholic beverages in the world, dating back to the Middle Ages. A commonly repeated factoid claims that beer was drunk because, as a boiled and fermented beverage, it was inhospitable for unfriendly bacteria and thus safer to drink than water (though some dispute that claim; it’s also possible that beer was simply a calorie-rich liquid to carry around). Regardless, the process of making beer leaves it safe almost by default.

Ratarasarn, though, didn’t leave that to chance. He “chlorinated, dechlorinated, filtered, distilled, tested and added nutrients to the water before beginning to make 5 gallons of Activated Sludge, a wheat ale with 5.15 percent alcohol by volume,” according to the Milwaukee Journal Sentinel. Interestingly, he chose to make a wheat beer due to that variety’s light color – a darker beer, like a porter or stout, was rejected because Ratarasarn thought the opaque hue might remind drinkers of raw sewage.

This isn’t really a project that can be done by anyone; Ratarasarn is, after all, established in the world of wastewater. But his aim was to show how clean wastewater really is, even urban wastewater. The effluent isn’t classified as drinkable in the U.S., but it’s certainly not raw sewage.

Activated Sludge Wheat Ale, though still just a homebrew project, is intriguing enough to have secured a professional tasting with testers from Lakefront Brewery, a renowned local craft brewer. The tasters praised Activated Sludge, which Ratarasarn has cheekily branded with a radiation symbol on its label, giving it a 7 out of 10 for flavor.

Read more about Activated Sludge over at the Journal Sentinel.

Popular
Yes, the Government Really Does Stash Billions of Pounds of Cheese in...Emily Baron Cadloff
Paddleboarding Goats Make a Splash on Prince Edward IslandNoah Lederman
How to (Actually) Get Rid of Fruit FliesEmily Baron Cadloff
7 Smokable Plants You Can Grow That Aren’t MarijuanaBrian Barth
What to Do With an Abundance of PeppersShelby Vittek
Explore Modern Farmer
Related
Environment, Plants
Making the Case for IntercroppingShea Swenson
MTMF
Meet the Modern Farmer Helping Immigrant Farmers Sell Their ProduceBridget Shirvell
Food & Drink, Plants
In Awe of the PawpawDanny Childs
Animals, MTMF
Paddleboarding Goats Make a Splash on Prince Edward IslandNoah Lederman
wpDiscuz
We use cookies on our website to give you the most relevant experience by remembering your preferences and repeat visits. By clicking “Accept”, you consent to the use of ALL the cookies.
Cookie settings ACCEPT
Privacy & Cookies Policy