Why Are Democrats Jackasses?

If we were starting a political party, the jackass may not be our go-to mascot to symbolize strength and power and nobility. 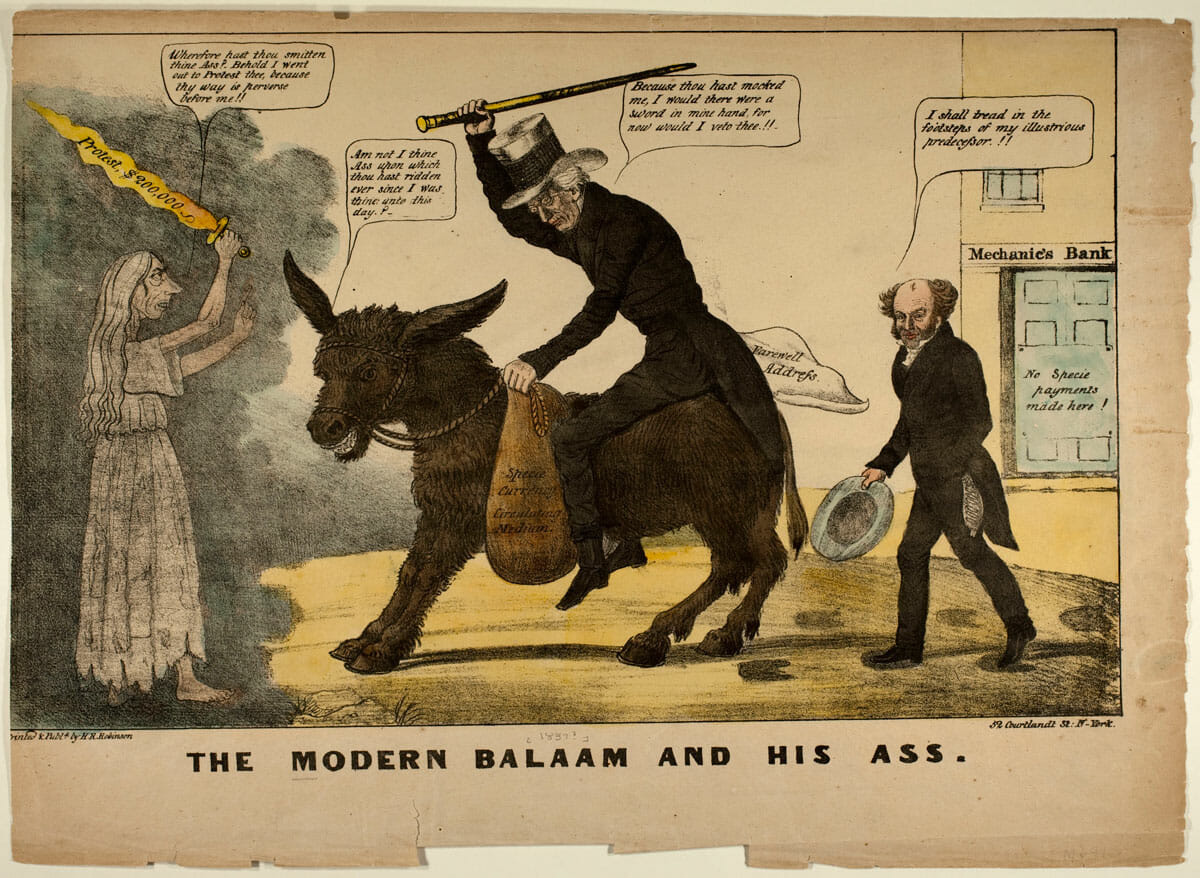 It started with Andrew Jackson, running for office way back in 1828. Jackson’s Republican opponents were sharp of tongue, branding him early as a jackass (the word’s pejorative meaning hasn’t shifted much in two centuries). In a classic piece of linguistic repurposing, Jackson co-opted the title and used it as a rallying cry. Think: “I am jackass, hear me bray!” According to Smithsonian, Jackson managed to rebrand the donkey as “steadfast, determined, and willful, instead of wrong-headed, slow, and obstinate.”

Jackson’s identity remained linked with donkeys through his time in office, and the connection trickled down a bit to his political party. But it took three decades until the donkey-as-Democrat was really engraved into public perception. In 1870, a cartoonist named Thomas Nast would pen a seminal illustration in Harper’s Weekly.

Nast was an A-List cartoonist in an era when the profession wielded extraordinary political influence. President Lincoln allegedly called Nast his “best recruiting general” during elections. In one withering cartoon, the artist depicted Democrats stomping on the corpse of E.M. Stanton, Abe Lincoln’s recently deceased press secretary. The picture endured.

Nast had found his sweet spot, and in the next two decades he would return to the donkey again and again. In another memorable cartoon, he represented the “Democratic press” (echoes of “liberal media bias”) as a donkey in a lion’s costume. In still another, an elephant is dying from a trap set by a wily donkey.

Despite its near-ubiquity as a Democratic symbol, the donkey suffered from competitors. In the early 20th century, roosters were the Democratic ballot symbol in many states, e.g. Kentucky, Indiana and Oklahoma (Republicans were eagles). Missouri Democrats have long used the Statue of Liberty as their symbol. This caused some electoral confusion until 2004, as Missouri Libertarians were depicted as mules on the ballot. To this day, the donkey is still just an unofficial mascot for the national Democratic party — even though the Republicans cared enough to make the elephant official.

There have also been some attempts to hip up the staid old donkey. Some new versions have a fresh, in-your-face donkey kick (see right), presumably to appeal to a younger demographic. This ain’t your grandpa’s jackass!

The Jackass is the perfect mascot for Democrats!

Do Illegal Immigrants feed us too?