Is This World of Warcraft for the Agricultural Set?

A look into a new farmer role-playing game that's currently in the works. 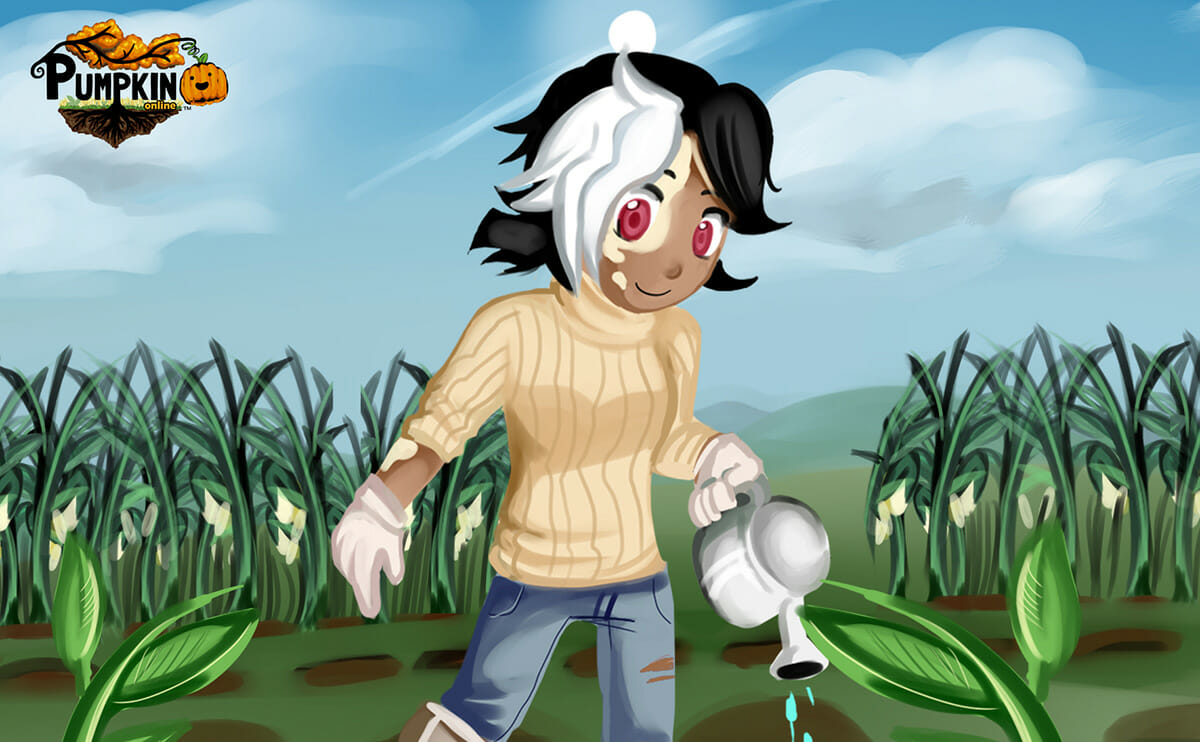 Designer Monique Blaize is raising Kickstarter funds to launch Pumpkin Online, an MMORPG (that’s “massively multiplayer online roy-playing game” to you and me) that swaps combat for crop-planting.

“I really wanted to make a game that is different than many other games,” says Blaize, who studied gaming at the Savannah College for Art and Design. “I also like the idea of games that can be fun an enjoyable without fighting and violence.” 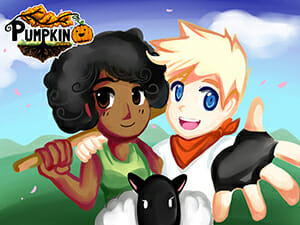 Here’s the virtual lowdown. In its beta launch, Pumpkin Online will let players choose one of three professions: farmer, chef, or rancher. If you opt for farmer — and you know you will — you can then decide what region to grow in; that choice in turn dictates your initial planting strategy. So, for example. those in the north might launch their newfound careers with crops of potatoes and leeks, while the more tropical set might get going with watermelons and sugarcane. Ranchers, meantime, can kick it old school with goats and chickens or go rogue with bison and emu.

Regardless of chosen profession, all players will also have a private farm and farmhouse to call his or her own, which can be customized and upgraded as desired. Not exactly forty acres and a mule, but it’s a start.

All players will also have a private farm and farmhouse to call his or her own, which can be customized and upgraded as desired.

Blaize’s original inspiration comes from earlier-era Nintendo games like Harvest Moon and Animal Crossings — G-rated, 8-bit classics that have players performing everyday farm duties. But Pumpkin Online seriously uplevels the intrigue. Exhibit A: the dating element. Players can either befriend or romance a fellow gamer, be they of the same or opposite gender (a big leap forward in gaming equality); they can also hook up with NPC, or non-player characters. All good news if that Farmers Only profile has thus far yielded a sorry crop of real-life suitors.

As with any farming project, progress is steady but slow — once the Kickstarter campaign wraps up this week, Blaize’s next step is to find a third-company partner to finance and develop the game, with a launch hopefully happening no later than 2017. Right now, backers can donate anywhere from $1 to $3000, with most supporters receiving an initial batch of seeds as part of Blaize’s thanks. (Other goodies include a handwritten “thank you” postcard and an art book.)

We had to go ahead and ask the stupid question: real seeds, or virtual ones? Blaize kindly verified that they would be of the gaming variety, then let us off the hook: “I did consider [sending real seeds], but I realized that depending on where someone lives, they may or may not grow.”

Popular
The Future of Hay Drying in AmericaLindsay Campbell
How to (Actually) Get Rid of Fruit FliesEmily Baron Cadloff
7 Smokable Plants You Can Grow That Aren’t MarijuanaBrian Barth
6 Differences Between Llamas and AlpacasAndrew Amelinckx
How to Get Rid of Spotted LanternfliesShelby Vittek
Explore Modern Farmer
Related
Food & Drink, Labor
The Chocolate Companies Working to Uproot Unfair Labor PracticesEmily Baron Cadloff
Cookbooks, Food & Drink
7 New Cookbooks We’re Cozying Up With This FallShelby Vittek
Food & Drink, How-To
6 Ways to Preserve Your HerbsLindsay Campbell
Food & Drink, Immigration
So Much For Eating LocalEmily Baron Cadloff
wpDiscuz
We use cookies on our website to give you the most relevant experience by remembering your preferences and repeat visits. By clicking “Accept”, you consent to the use of ALL the cookies.
Cookie settings ACCEPT
Privacy & Cookies Policy