Pushing Brussels Sprouts Up a Mountain With Your Nose

No, Kettell didn't eat the sprouts. He pushed them up the mountain - on his hands and knees. 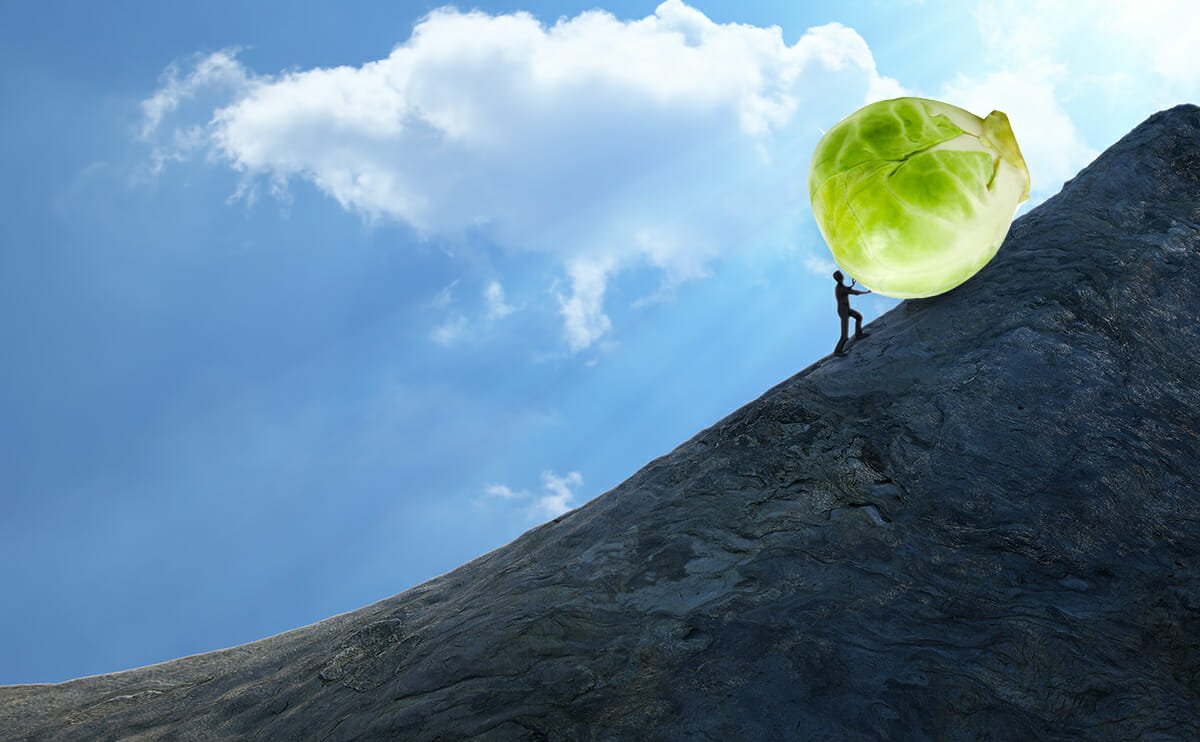 No, Kettell didn’t eat the sprouts, he pushed them up the mountain. On his hands and knees, he used his nose to nudge the Brussels sprout uphill. As their leaves unfurled, Kettel’s friend Richard Crump would replace each ravaged sprout with a fresh one.

This seemingly ill-advised climb wasn’t just a Sisyphean whim. He did the whole thing to raise money for Macmillan Cancer Support. Kettell, a videographer from the West Midlands, is no stranger to bizarre fundraising challenges. He has previously lived in a box for a week and walked 500 miles on stilts along with a slew of unique efforts over the past nine years. “People definitely think I’m mad, and I’m beginning to think it myself,” he told the BBC.

To protect his nose from rocky nooks and crannies, Kettell wore a plastic nose guard.

He got the idea from his brother, who offhandedly suggested pushing a pea up the mountain, Kettell said in an interview with Sky News Sunrise. “It didn’t work with a pea, so I came up with a sprout,” he said.

To prepare, he trained in his garden and was highly selective of which sprouts he used. He originally planned on using “Moroccan sprouts,” but discovered they were not round enough to be rolled in a straight line. Eight bags of Brussels sprouts were eventually selected for the expedition. Of those, 50 were hand-picked to be used on the trek. Kettell’s friend, Vicky Hubbard, documented the trials of finding the perfect sprout on Facebook.

The sprouts were not the only part of his kit that had to be specially bought. To protect his nose from rocky nooks and crannies, he wore a plastic nose guard.

Kettell aimed to raise £5000 through his feat. As of August 7th, he had raised £5,374. Overall, he has raised over £40,000 for Macmillan Cancer Support. He hopes to walk across the English Channel along the seabed next.

There has been no word on the fate of the unused Brussels sprouts.