The events of Dec. 6, 1928 in Ciénaga, Colombia, would inspire a famous novelist, topple a government and change the dynamics between a massive corporation and one of the many countries it operated in. 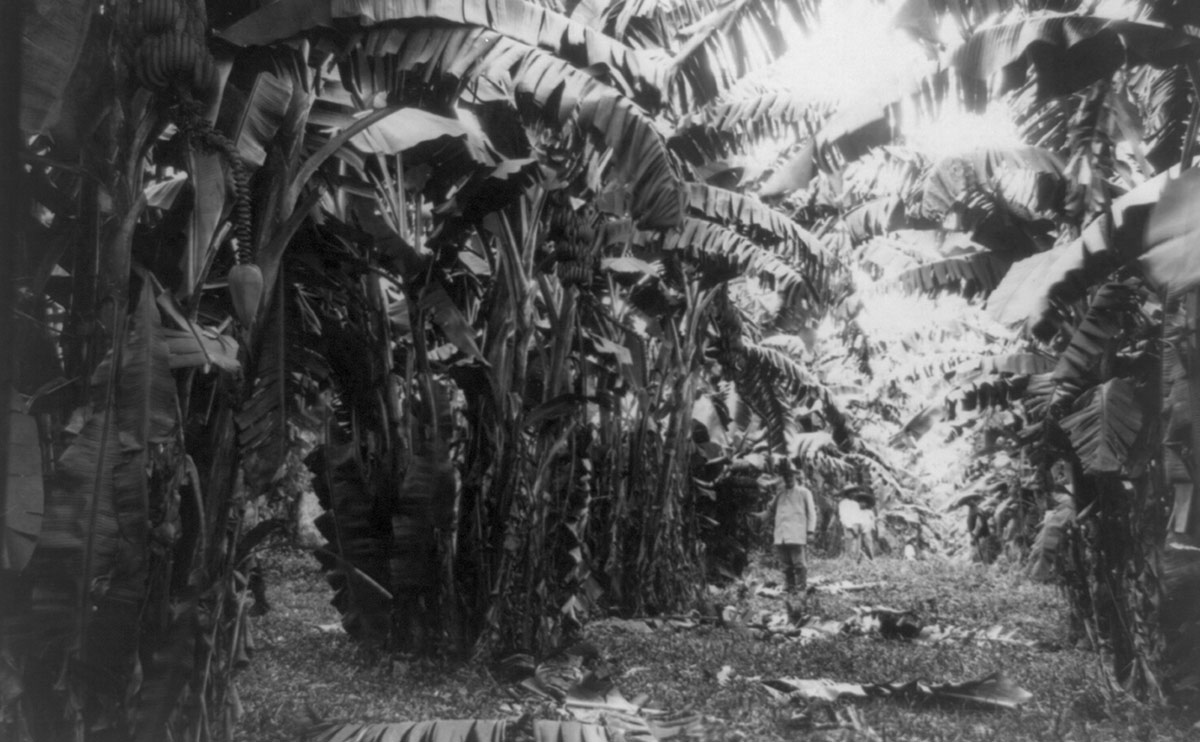 The events of Dec. 6, 1928 in Ciénaga, Colombia, would inspire a famous novelist, topple a government and change the dynamics between a massive corporation and one of the many countries it operated in.

The massacre took center stage in Gabriel Garcia Marquez‘s 1967 masterwork “One Hundred Years of Solitude.” The recently deceased and monumentally lauded writer said he was inspired by the stories his grandmother told him about living in the Magdalena region of Colombia on the country’s northern coast, known as the banana zone for its main agricultural product. At the time he wrote the novel there was little interest and no serious historical studies on the banana workers’ strike that began in November 1928 and culminated in the massacre the next month and subsequent crackdown by the government.

Marquez, who was born the year of the massacre, said he wanted to “write about it before the historians come,” but admitted his version differs from the historical facts, especially in regard to the number of victims. In an interview in 1990 the author said he used the figure of 3,000 dead because it fit with the grand scope of his novel. In reality, it’s been estimated that between 47 and 2,000 people died that day. The extensive range in the death toll is due to the differing figures given at the time between the many factions who had something to gain by either inflating or deflating the numbers.

As soldiers looked down from their machine gun nests along the building surrounding the square, the crowd nervously milled about.

In November 1928, grumbling among the more than 25,000 workers on the banana plantations of the United Fruit Company turned into a united effort with a well-organized strike against the massive American corporation.

The workers’ demands from United Fruit were far from unreasonable — a direct contract with the company, six-day work weeks, eight-hour days, medical care and the elimination of scrips (only good at company stores) that were paid to the workers instead of cash. Ten years earlier, the company’s workers had gone on strike with similar demands, but had failed to achieve their goals.

United Fruit was a Boston-based company that had its origins in 1870 when Captain Lorenzo Dow Baker, a Wellfleet, Mass., businessman purchased a cargo of bananas in Jamaica and introduced them to New Englanders upon his return with the help of his partner Andrew W. Preston. Soon people couldn’t get enough of the fruit. Through mergers and acquisitions the company became United Fruit in 1899 and would eventually have its hand in the production and distribution of bananas in a number of countries, including Jamaica, Honduras, Costa Rica, Panama, Guatemala, The Canary Islands, and Colombia.

The term “banana republic” stems from the sometimes interventionist policies of the company in regard to the many countries where they did business, especially in Central and South America. One of the most blatant of these interventions happened in 1917 when United Fruit and its rival, Cuyamel Fruit of New Orleans, pitted Honduras and Guatemala against one another over disputed territory that the two companies also happened to be wrangling over.

While war never broke out, there was blatant manipulation of the nations’ leaders that highlighted just how much weight these American companies had in the countries where they did business. Both companies would also have their hand in the overthrow of each of these countries’ freely elected governments in order to secure better trade deals.

By 1928, United Fruit owned more than 220,000 acres of prime Colombian farm land, with much of it not under cultivation, and held a lot of pull with the central government. When the strike broke out the government sent about 700 troops to quell it. There is still a question on how much, if any, influence United Fruit had on the decision to send in troops. A series of cables from American diplomats to the U.S. State Department shows they were in close contact with United Fruit representatives at the time and that there were discussions of sending American warships to the area because the nature of the strike was changing into one with “subversive tendencies.” An American ship was sent to the area, but the U.S. ambassador said it was non-military.

Government officials in BogotÁ¡ were frightened by the possibility the strike was the start of a full-fledged revolution and the possibility of American intervention. This was likely drummed into General Cortes Vargas’ head.

Leading up to the massacre there had been several incidents that had helped the federal government and the general persist in their view that they were facing a much bigger problem than just some banana workers trying to get a better conditions, but were instead facing a “Bolshevik threat.”

There were reports of sabotage against the railway resulting in the arrest of 400 strikers. Much to the chagrin of the military, many of the strikers were released by local civilian authorities. The strikers’ acts against the railway were in response to the military banning the striking workers from using the trains. According to some sources, the strike was building into a larger movement, gaining support from local planters, townspeople and the press. It also included the involvement of the leftist political party, Partido Socialista Revolucionario.

Meanwhile, the government conferred state of siege powers to the general and the next morning he and 300 soldiers faced the 1,400 or so strikers and their families in the town square who waved Colombian flags and shouted slogans. At 1:30 a.m., Dec. 6, 1928, as soldiers looked down from their machine gun nests along the building surrounding the square, the crowd nervously milled about. The sound of drum beats were heard followed by the voice of one of the officers ordering the crowd to disperse. Five minutes later there were three short bugle blasts and the guns began blazing. The initial reports said eight people had been killed and 20 wounded, but the figures kept going up with some reports giving the figure as more than 1,000 killed.

The strike was building into a larger movement, gaining support from local planters, townspeople and the press.

This was the start of a time of repressive measures in the banana zone, including arrests of the strike’s leadership and martial law within the region, including travel restrictions for its citizens, that lasted nearly a year.

Jorge Eliécer GaitÁ¡n, a congressman with the Liberal Party, rose to popularity when he railed against the government’s killing of the strikers and their families. He toured the banana zone and gave speeches in person and on the radio painting the Conservatives as puppets of American business. During a speech in Colombia’s lower house of Congress he held the skull of a child who had been killed by the Army.

Twenty years later he would be assassinated, an act that ushered in a period of violence in the country known as La Violencia.

Cortés Vargas, who was demoted after the massacre, would only admit to a death toll of 47 civilians. He justified his actions by saying if he hadn’t acted there was a real possibility of American intervention to protect U.S. citizens and property, among other reasons.

In the aftermath of the massacre the Conservative government was swept out of power in the 1930 election with the Liberal Party rising to the fore for nearly 20 years. The new government tended to support the unions, leading to changes in the banana growing industry in Colombia. Another important result was the inspiration it provided Marquez who salvaged a mostly forgotten moment in Colombia’s history and created one of the world’s great pieces of literature in the process.

Man standing in grove of banana trees, Cuba, 1923. Photographer unknown, courtesy of the Library of Congress.

Please spell Colombia properly. It is super distracting to read.