The USDA has long been a major force behind agricultural innovation, from concentrated orange juice to sporting turf to new varieties of grapes. 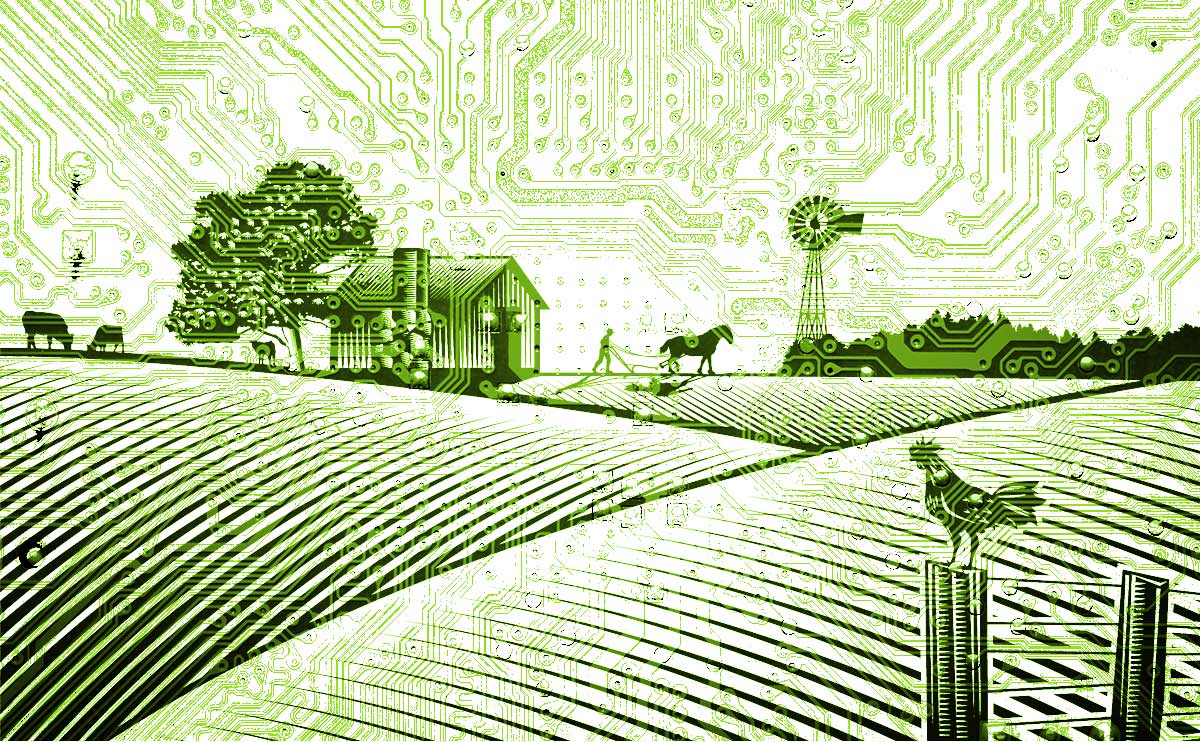 Though you may think of food safety, crop subsidies or insurance when you think of the Department of Agriculture, research has been a major focus since it was first created 150 years ago. USDA scientists are responsible for items ranging from concentrated orange juice to sporting turf to new varieties of grapes.

Today, the Agricultural Research Service handles all research, development and patenting that comes from USDA scientists, often forming partnerships with the private sector in order to bring new products to market. In April 2014, the USDA released its inconspicuously named “Annual Report on Technology Transfer,” detailing the newest patents and projects of the last year.

According to Agriculture Secretary Tom Vilsack, “Studies have shown that every dollar invested in agricultural research returns $20 to the economy.” The USDA itself doesn’t receive income from these patents since the Bayh-Dole Act of 1980 authorized businesses and nonprofits to retain the rights to patents as long as they commercialized the product. Prior to the act, fewer than 5 percent of 28,000 patents held by the government had been commercially licensed compared with 25 to 30 percent of privately held patents resulting from public funding. The government simply didn’t have the manpower to bring new products to market.

In 2013, income from ARS product licensing amounted to $3,353,876. Licensing is still in progress for many of the annual report’s newest inventions. The USDA filed for 147 patents and received another 51 in 2013. Ranging from weight-loss products to new sorting machines for farmers, the following five inventions highlight the complex web that is the agriculture industry.

Cholesterol-lowering chardonnay grape flour: Currently undergoing human trials at the Mayo Clinic, this flour is made from chardonnay grape seeds and ostensibly lowers cholesterol while aiding in weight loss. The seeds are a byproduct of the winemaking industry and a waste issue that could be sidestepped if this product goes to market.

Gold particles that can detect West Nile virus: ARS scientists discovered a way to use a hand-held device to detect West Nile virus by using gold nanoparticles. As the USDA reports, “Gold nanoparticles have the ability to scatter and absorb light, making them ideal in detecting virus infected cells.” This hand-held device can be used with a blood sample by doctors and veterinarians to track and treat the disease.

In-orchard apple sorter: Developed by scientists in Michigan, one of the largest apple-growers in the country, this computerized sorter will keep defective or diseased apples from being stored next to healthy ones. Using this system, growers can leave unsalable fruit in the field ”“ cutting down on waste as well as packing and shipping costs.

Fertilizer from waste tires: In one of the more surprising innovations, mixing ground tires into soil has been found to have beneficial effects. Not only do tires contain zinc, a necessary nutrient, but the rubber reduces compaction in the soil. More so than grape seeds, old tires are a significant environmental problem. This efficient recycling program will benefit both plants and preservationists.

Packaging insert that fights fruit decay: Small fruits like strawberries and blueberries can’t be washed and decay rapidly during transit. ARS scientists partnered with a for-profit business to develop this packaging insert that releases an antimicrobial vapor called Curoxin. According to the USDA, “The vapor extended the post-harvest shelf life of blueberries and strawberries by maintaining fruit firmness, reducing water loss and decay and maintaining color and overall quality.”

Our Department of Agriculture has made strides in research for household products, vaccines and fertilizers. They’re even working on an oat concentrate to be used for healthier versions of yogurt, pudding, ice cream and other products that need a creamy consistency.

If the USDA is overseeing so many different products, what does it mean for the definition of “agriculture”? People think of the USDA as a department for farmers but their reach extends much further, making changes that help those who live in rural areas as well as finding new uses for crops. Modern farming, indeed.

Popular
How to Design a Moon GardenLindsay Campbell
How to (Actually) Get Rid of Fruit FliesEmily Baron Cadloff
7 Smokable Plants You Can Grow That Aren’t MarijuanaBrian Barth
Is Virginia’s Beekeeping Lottery a Good Idea?Bridget Reed Morawski
Goat Sex: Everything You Wanted to Know But Were Afraid to AskAndrew Amelinckx
Explore Modern Farmer
Related
Plants
Tar Spot Disease Is Plaguing Corn Fields Across the MidwestLindsay Campbell
Environment
Is Virginia’s Beekeeping Lottery a Good Idea?Bridget Reed Morawski
Animals
How Can Farmers Coexist With Wolves?Dan Nosowitz
Plants
One Way to Grow Despite Drought? It’s in the RootsDan Nosowitz
wpDiscuz
We use cookies on our website to give you the most relevant experience by remembering your preferences and repeat visits. By clicking “Accept”, you consent to the use of ALL the cookies.
Cookie settings ACCEPT
Privacy & Cookies Policy