Meet the GooseBuster: The Drone That’s Saving Ottawa From Poop

Geese are dropping their noxious poo all over Ottawa's beaches. But one man, and his goose-busting drone, are fighting back. 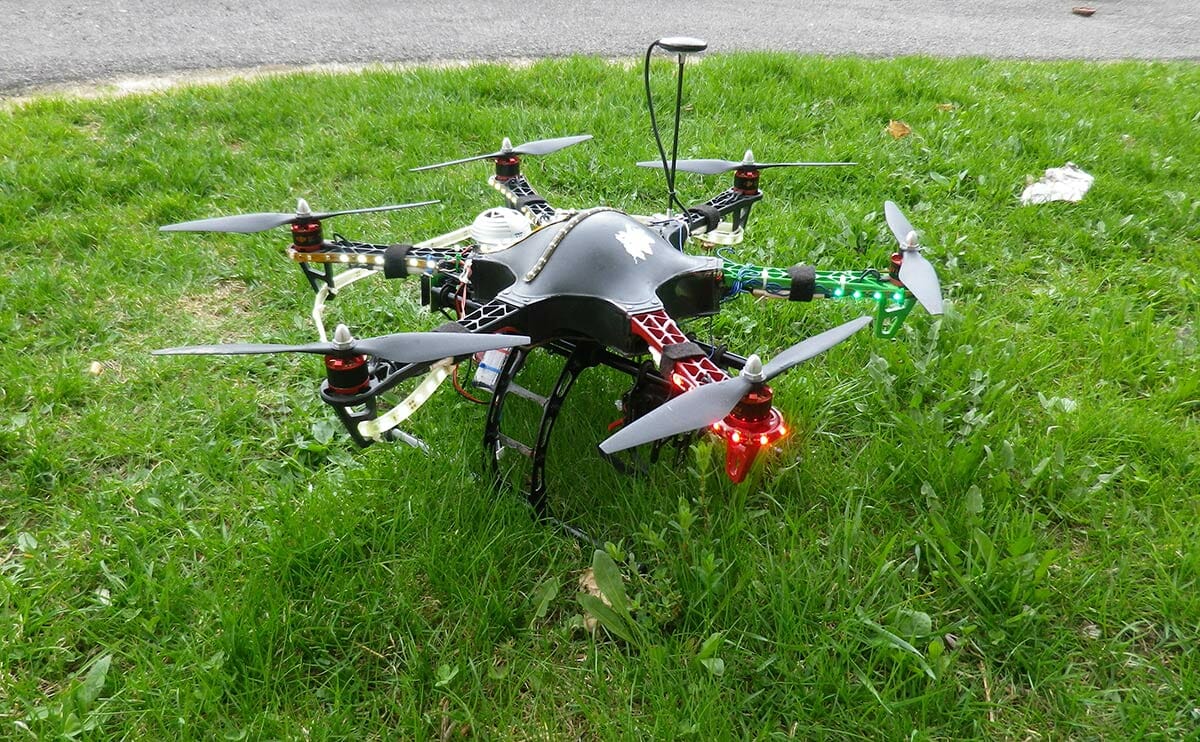 Although it sounds like science fiction, this is a realistic day at the beach this summer in Canada’s capital, Ottawa. That is, if you’re a goose.

These wandering waterfowl return to the beaches that line the Ottawa River every summer after wintering south of the border. Although known to be aggressive and territorial, the biggest issue is their poisonous poop.

Loaded with E. Coli bacteria (among a plethora of other pathogens), high concentrations of geese poop on beaches and in shallow water can lead to outbreaks of the infection in human populations, particularly children.

In the past the city of Ottawa has tried a number of different methods of ridding their beaches of these pesky poopers, but after a chance encounter last year, they went high-tech.

Although known to be aggressive and territorial the biggest issue with geese is their poisonous poop.

“I approached my city councilor with a pitch to sell aerial photographs I had been taking with my drone and the first thing he asked was how low can the thing fly,” says Wambolt, a former military man turned high-tech entrepreneur. “At first I was surprised, I wondered if he even listened to my presentation, then he asked if I’d be able to scare geese with it because they had a major goose-poop problem around Petrie Island, I said sure, I could do that.”

Wambolt modified his photography drone with some flashing lights and speakers and took to the skies.

“I took existing land-based anti-pest technology and put it on a helicopter,” he says. “When I tested it at the beach a few days later it worked remarkably well.”

Using pre-recorded predatory calls from hawks, eagles, owls, ravens and even wolves, Wambolt stalked the beaches of Petrie Island last summer in an attempt to scare the loitering geese away from the area for good.

“The geese aren’t looking for anywhere special to land, they just want somewhere to rest. If we can just move them away from the beaches where people hang out, they’ll learn to return to a new, different place year after year.”

Wambolt says a good analogy to what he is trying to accomplish can be found in the journey of people who travel south each winter to avoid winter ”“ colloquially known in Canada as snowbirds.

‘We don’t want to hurt them, we just want them to move to somewhere safer.’

“Say if you were driving to Florida each year and you always stop at the same restaurant for lunch. If one year you stopped and someone was in your face harassing you, you’d probably leave, and likely not return to that spot. That’s basically what we’re trying to do here. We don’t want to hurt them, we just want them to move somewhere safer.”

This summer Wambolt is expanding his scare-tactic enterprise to beaches in both Ottawa and nearby Gatineau. He says farmers from Ontario and Saskatchewan have contacted him about deploying drones to protect their fields from hungry birds.

And as if Wambolt’s howling heli-drone wasn’t scary enough, on rainy days he uses his remote-controlled one-fifth scale monster truck decked out with lights and speakers that has proved almost as effective as its airborne co-worker.

Did it work? Geese permanently gone from the beaches there?