Farmers: This Lady Wants Your Bones

Rachael Mamane is a one-woman operation, cruising farmland in her little Volkswagen Jetta, picking up frozen bones and bringing them back to Brooklyn for making stock. 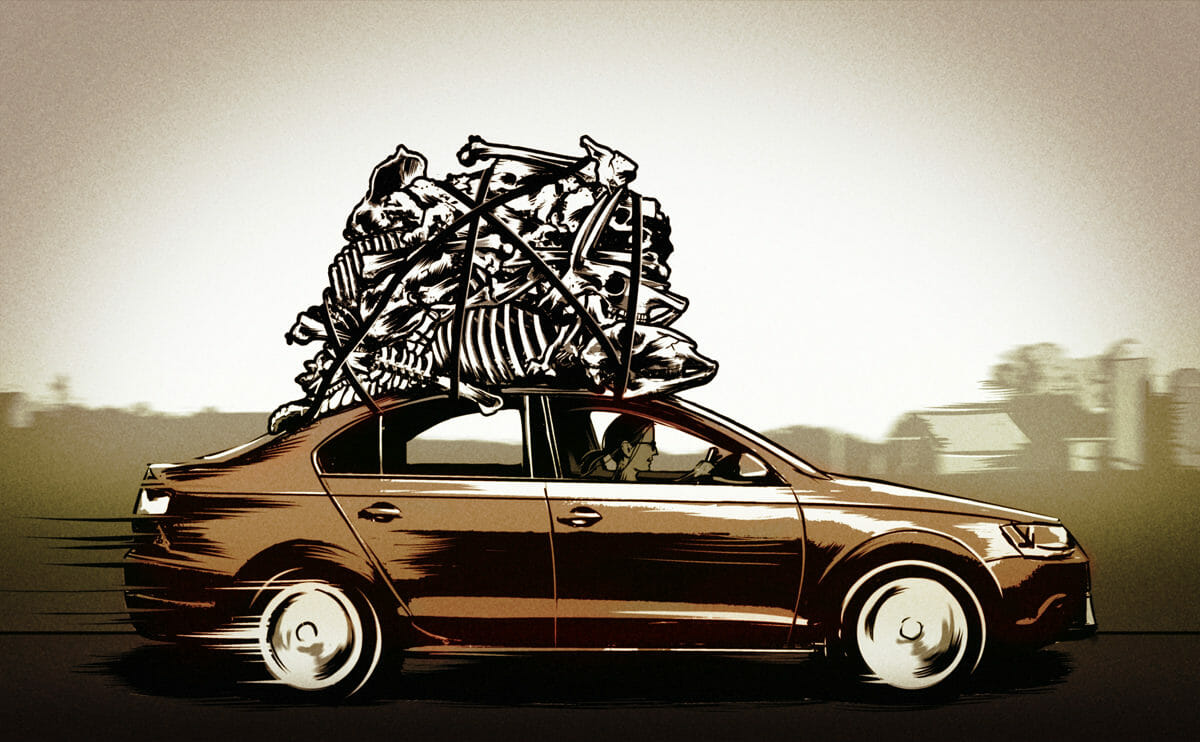 Working as a consultant for Microsoft a few years back, Mamane first stoked her interest in bones. She was trying to recreate a lamb recipe from Thomas Keller’s seminal French Laundry cookbook. The directions called for a whole baby lamb, bones and all — it wasn’t an easy find. She hit up various farmers at local markets, but could only find deboned lamb parts. “I started to notice challenges in the supply chain, particular to small farms,” she says.

She was a one-woman operation, cruising farmland in her little Volkswagen Jetta, picking up frozen bones and bringing them back to Brooklyn.

Mamane had always been food-forward; her grandmother instilled a love of feeding others (it seems every budding food craftsman had an influential grandma). But the lamb quest fine-tuned her passions. She was destined for a life in bones.

In 2010, Mamane made that now-familiar tech-to-foodie leap of faith, moving to New York and working at the Union Square Greenmarket. While there, she started buying chicken and cow bones from Dan Gibson, co-owner of Grazin’ Acres Farms in upstate New York.

Grazin’ Acres has a gilded reputation in the foodie stratosphere; Gibson’s practices are humane and sustainable, and his meats are objectively delicious. Mamane paid a higher price than she might at other farms, but it was worth it for a premium proof-of-concept. “Our bones make the cleanest stock on the planet,” Gibson humbly notes.

Mamane rented a commercial kitchen in Sunset Park Brooklyn and started fine-tuning her product. She wanted a thick, gelatinous stock, which requires collagen-rich elements like chicken’s feet and marrow bones. The chicken stock was easy enough to master, a simple simmer with organic leeks, carrots and onions: “It’s rich, it’s buttery, but at the end of the day, it’s chicken stock,” says Mamane. “It does what it needs to do.”

For the beef, she found roasting the bones before simmering them really brought out the flavor. She also added enhancers like parsley, thyme and garlic. The distinction between beef and chicken stocks come down to their roles in cuisine — chicken is meant to carry whatever you’re already cooking, while the stronger-flavored beef is meant to lead the dish. 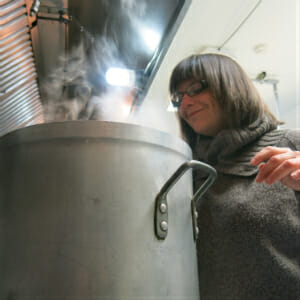 Soon Mamane started trawling upstate New York, building relationships with five sustainable farms and a community-supported fishery (she added a rich fish fumet to her product line). She was a one-woman operation, cruising farmland in her little Volkswagen Jetta, picking up frozen bones and bringing them back to Brooklyn. The source farm is distinctly labeled on every batch. “Each farm has its own distinctive flavor, based on diet, breed of animal, things like that,” says Mamane.

For big industrial farms, bone disposal is a simple case of shipping big batches to rendering plants, where they’re converted into useable, often edible byproducts (typically pet food). Over the years, many of these plants have consolidated into massive operations that only want to buy in bulk. Small farms increasingly have to be resourceful, coming up with creative ways to dispose of their animal leftovers.

Many farms will try to unload bones at farmers markets — to dog-owners or home cooks who want to make their own stock. Supply can far exceed demand, leaving farms with a bone surplus. Mamane, purchasing in large quantities at bulk rates, ensures there’s never any waste.

In fact, she soon was approached by an excess of farms who wanted to work with her. Before she can take them all on, she needs to “scale up” (Mamane peppers her language with tech-speak, a holdover from her time at Microsoft). She’s currently shifting operations from Brooklyn to the Hudson, New York area, closer to her farm providers, and where kitchen space is more affordable.

After a brief hiatus, Mamane hopes to have her products back on store shelves in June. It will be found at retail shops around New York state, sold in frozen form. In addition to beef, chicken and fish stocks, she also has a veggie option made from local organic produce, and she hopes to introduce duck, pork and exotic mushroom stock.

But what of the name? Can you call yourself Brooklyn Bouillon when you’re located two hours from the city? Get ready for a reboot. “The Brooklyn name has served its purpose, but it’s important to remain authentic to our geography and farm partners,” Mamane says. “We’ve got a new name planned.”