The Bizarre and Fascinating Nature of Duck Sex

Ducks: by far the weirdest form of barnyard intercourse. 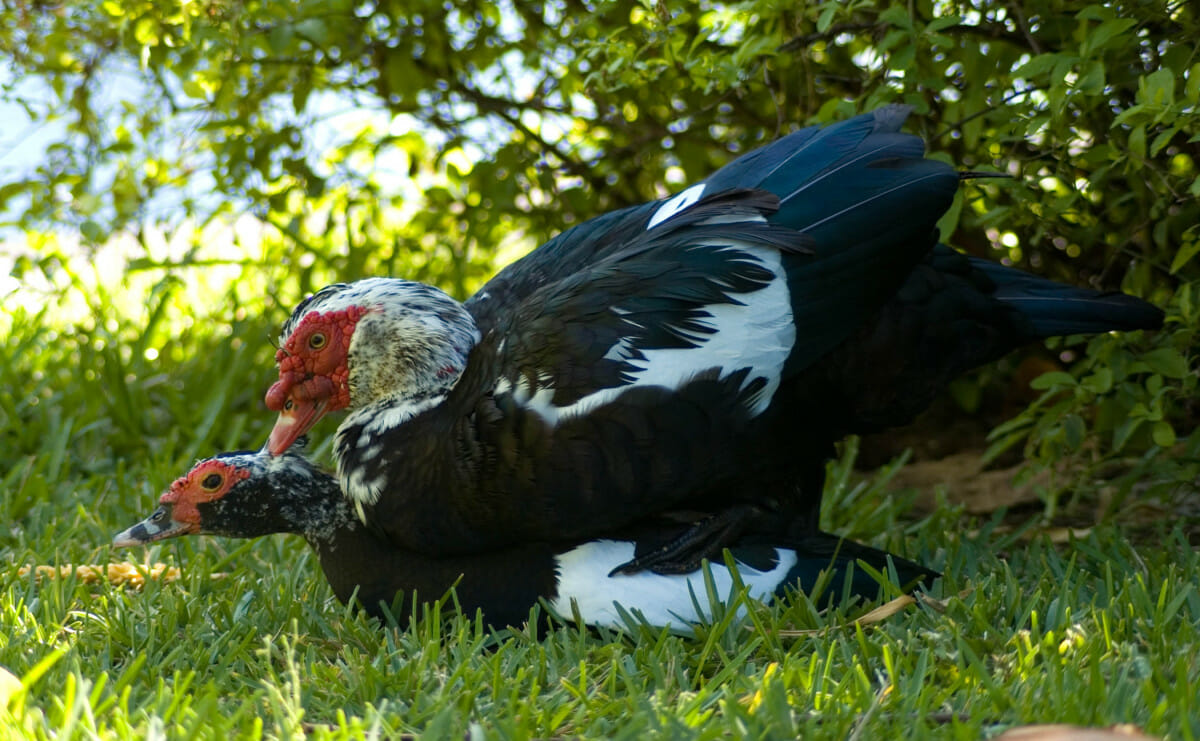 Wow. To sum up, duck sex is the result of an evolutionary arms race between aggressive male ducks and often unwilling females. Ducks are one of the few birds with penises. But these aren’t just any penises. They explode out of their body like 4th of July snakes to as much as 9 inches in length.

Even weirder, male ducks grow a new corkscrew penis each year that can vary in size depending on the amount of competition from other duck dudes.

Females, in turn, have evolved vaginas full of blind pockets that make it more difficult for unwanted ducks to reach places of fertilization or sperm storage.

Patricia Brennan, the University of Massachusetts professor who made the super slow-motion clips of duck penises in the video, faced criticism from Fox News last year that her research was a clear example of wasteful government spending. Like her research subjects, she came out hard and fast in her rebuttal for Slate, making a clear case for her work as well as other basic science projects across the country:

Generating new knowledge of what factors affect genital morphology in ducks, one of the few vertebrate species other than humans that form pair bonds and exhibit violent sexual coercion, may have significant applied uses in the future, but we must conduct the basic research first. In the meantime, while we engage in productive and respectful discussion of how we envision the future of our nation, why not marvel at how evolution has resulted in such counterintuitive morphology and bizarre animal behavior.

But if you just want to see duck penises firing through insane glass contraptions, she has plenty of those too.