A ten-foot-long, Willy Wonka-esque contraption called an optical grape sorter allows one Napa Valley winery to quickly sort through tons of grapes -- and leave only perfect wine-making grapes behind. 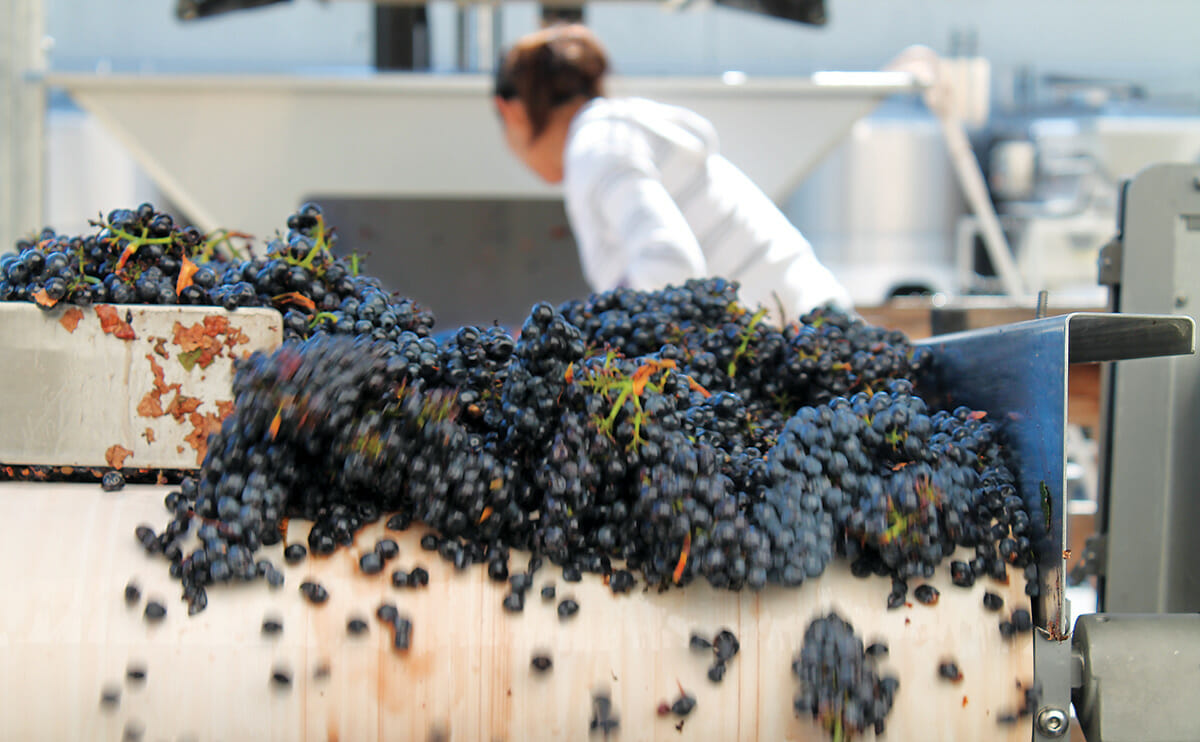 Underripe, say, for the tastes of Steve Leveque, head winemaker at Napa Valley’s Hall Winery. In the past, excluding your kind from the cabs and sauvs meant untold drudgery and expense.

Each morning Leveque feeds 200 perfect grapes to the machine, which digitally photographs them and forms a kind of Platonic ideal of a grape.

“Sort grapes for five minutes and you’re dizzy. Imagine the mental drift after eight hours. I did it for years — brutal,” Leveque says.

Then the future happened: a ten-foot-long, Willy Wonka-esque contraption called an optical grape sorter. Each morning Leveque feeds 200 perfect grapes to the machine, which digitally photographs them and forms a kind of Platonic ideal of a grape. Then the sorting starts. Gobs of grapes pour in and the machine snaps a picture of each, 10,000 frames per second, comparing every one to Leveque’s nonpareil. Acceptable? Go on, become wine. Subpar? A quick stream of air blasts it out of the lineup and into obscurity. In action, the machine sounds like popcorn popping.

“Most wineries can sort about two tons an hour, using 15 human sorters,” Leveque says. Hall processes the same amount in twelve minutes, with zero human sorters. And that’s just half of the appeal. 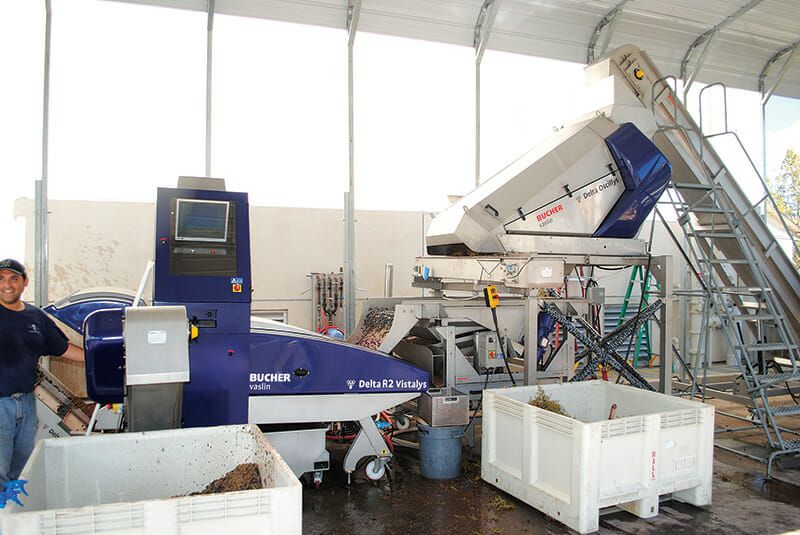 The optical sorter in action.

“I was suspicious,” he says, until he conducted a series of blind taste tests. Again and again, the optically sorted grapes produced better wine.

A handful of wineries in the Valley have begun using similar machines – Hall invested in one of the larger models, which cost around $150,000. Leveque says he expects more and more operations to make the investment as word continues to spread.