You Can Farm from Your Couch With Farming Simulator 2013

The game Farming Simulator was once ironically beloved. Now gamers are ready to get serious, moving the action from their desks to the couch. Starting this week Farm Simulator 2013, previously only for PCs, will be is available for Xbox 360 and PlayStation 3 in Europe and Japan, with an American arrival expected soon. Giants […] 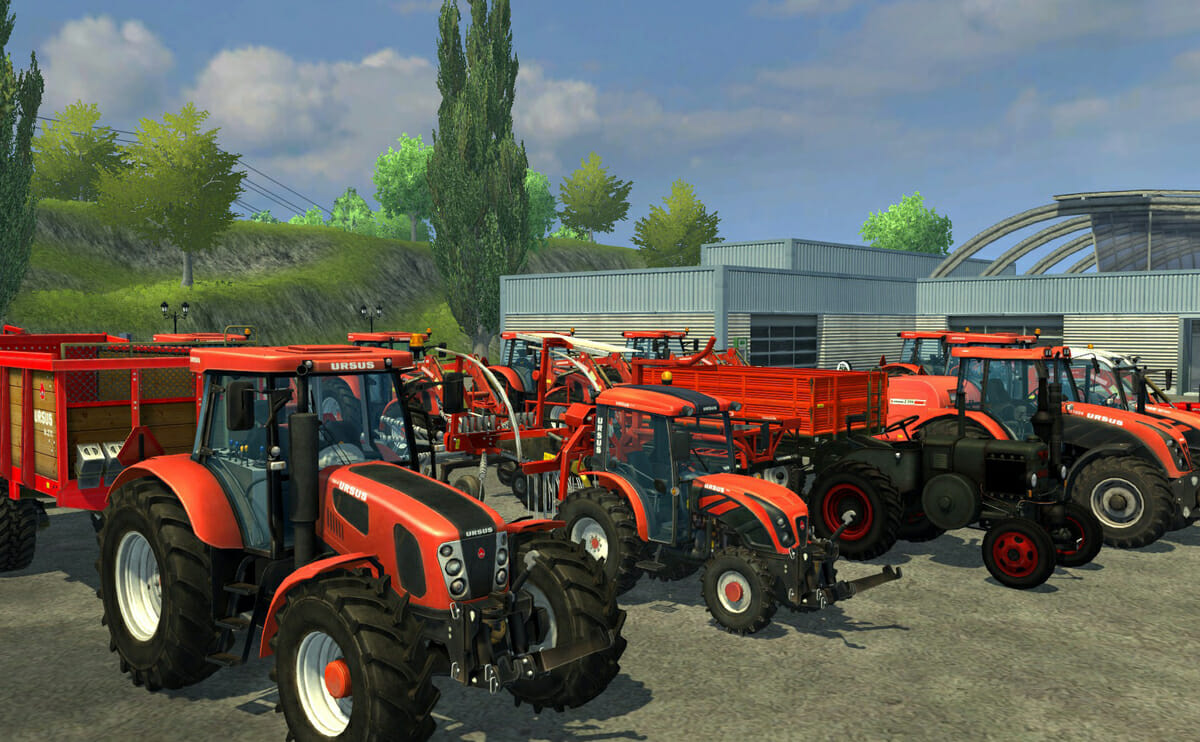 The game Farming Simulator was once ironically beloved. Now gamers are ready to get serious, moving the action from their desks to the couch. Starting this week Farm Simulator 2013, previously only for PCs, will be is available for Xbox 360 and PlayStation 3 in Europe and Japan, with an American arrival expected soon.

Giants Software, a European-based developer, first released Farming Simulator in 2011, to surprise success. Surprising to some because the game is quite simply as advertised: it realistically simulates farming, without any of the typical thrills and action offered by modern-day video games. Users plant fields, harvest crops, care for and feed livestock. Half a million copies were sold worldwide according to IGN, a website covering games and the gaming industry.

The game has been most popular in Europe, but the new version of the game is trying to reach the younger, American audience who more frequently play games on consoles. The 2013 version includes American-inspired farm — think big red barns and flatter fields than its European counterparts. The new version also has a pretty snazzy launch video:

The developers hope to reach a new audience while staying true to their farming roots. Some of the game developers grew up on a farm and bring their own experience to the project, Marc Schwegler, associate producer at Giants Software told Farm and Dairy.

So far the new version has been well-received. The game seems to offer users a low-pressure, competitive alternative to shoot-em-up videos games, says game reviewer Jon Michael of IGN.

On paper, Farming Simulator 2013 doesn’t seem all that thrilling, but there’s something intangible that keeps me coming back from (sic) more. The combination of the excellent community, unwavering focus on running the business, and the simplicity of the controls and your responsibilities creates a unique business simulation that rewards you proportionally to the amount of work you put into it…If you are patient and interested in a relaxing game without absolute winning or losing conditions, give it a try.

And if gamers are interested they can always continue to love it a bit ironically:

Popular
Is Agroforestry the Key to Hardier Row Crops?Shea Swenson
7 Smokable Plants You Can Grow That Aren’t MarijuanaBrian Barth
Where Has All the Mustard Gone?Chloe Faure
Why Don’t We Eat Turkey Eggs?Dan Nosowitz
Goat Sex: Everything You Wanted to Know But Were Afraid to AskAndrew Amelinckx
Explore Modern Farmer
Related
Environment, Food Waste, Labor, Meat
Is There Such Thing as Good Meat?Emily Baron Cadloff
Environment, Food & Drink
Where Has All the Mustard Gone?Chloe Faure
Animals, Environment, Health
To Stop New Viruses Infecting Humans, We Must Protect Bat HabitatAlison Peel, Peggy Eby, Raina Plowright
Animals, Food & Drink, Lifestyle
The Great (Sticker Shock) ThanksgivingLindsay Campbell
wpDiscuz
We use cookies on our website to give you the most relevant experience by remembering your preferences and repeat visits. By clicking “Accept”, you consent to the use of ALL the cookies.
Cookie settings ACCEPT
Privacy & Cookies Policy