Why Lettuce Keeps Making Us Sick

When it comes to beef and poultry, pathogens like salmonella and E. coli O157:H7 can be killed by proper handling and cooking in the kitchen. But with lettuce and spinach, which are consumed raw, the foodborne fate is sealed in, literally, on the farm during harvest and processing. 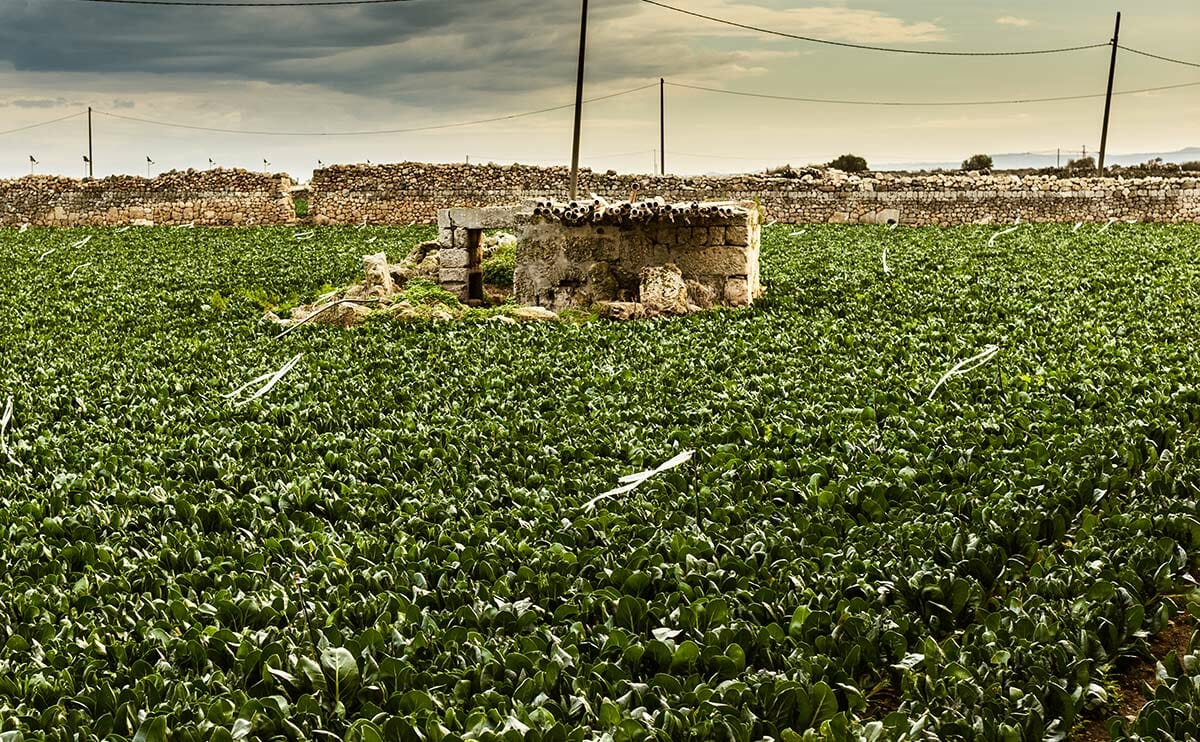 Here’s the bad, and over-reported, news: Lettuce is making a lot of people sick. Earlier this year, when the Centers for Disease Control and Prevention released their comprehensive Attribution of Foodborne Illness for the years 1998 to 2008, news websites drummed up plenty of hits by reporting that lettuce, and their leafy ilk, account for nearly a quarter of all reported foodborne illnesses, due mainly to pre-cut greens bought in sealed, plastic bags at the grocery store. When it comes to beef and poultry, pathogens like salmonella and E. coli O157:H7 can be killed by proper handling and cooking in the kitchen. But with lettuce and spinach, which are consumed raw, the foodborne fate is sealed in, literally, on the farm during harvest and processing.

During harvest, workers core lettuce in the field, often with a knife soiled by pathogen-laden dirt. The plant then produces a milky latex that essentially traps any present pathogens in the plant. And as Michael Doyle, director of the University of Georgia’s Center for Food Safety, explained, no amount of water can kill microorganisms. The good news, though, is that the Food Safety Modernization Act, once it eventually goes into practice, will usher in a new era of food safety on the farm, requiring produce growers, just the bigger ones, really, to enact major changes to how vegetables are grown, harvested and stored.

We asked Michael Doyle to talk a bit more about what’s happening in the fields and what, if anything, is going to change.

Modern Farmer: Can you explain the interaction between lettuce and microorganisms during harvesting?

Michael Doyle: When the latex forms, if there is harmful bacteria there, the bacteria is within the plant tissue. The treatments that are typically used in the processing plant for cleaning is basically chlorine, and they’re just washing the outside of it, so the bacteria is not going to be washed away. Once they get in, the bacteria grows and the plant has nutrients to help them grow.

MF: What microorganisms are in the fields and what helps them thrive there?

MD: We’ve already had outbreaks with cut lettuce and cut spinach and E. Coli 01:57, and there’s also salmonella, and listeria. These organisms typically come from animals, they carry them in their intestinal tracts. When the manure gets into the environment, then the bacteria is there, in the soil or the water. Often, when manure dries out, the wind blows it. Salmonella, we know, is quite tolerant to drying.

MF: Currently, what’s being done in processing and packaging housing that works in terms of food safety and what needs to change?

MD: The industry that makes bagged lettuce has never had what we call a true critical control point [a step in production where food safety hazards are mitigated]. That’s what’s bad. The good news is, the contamination is not at a point where millions of people are getting sick. There are millions of bags of salad sold each year in this country. The bad news is, when there is an event, it can be very serious. People develop kidney failure and can die.

MF: What does an effective critical control point look like?

MD: One of the keys is you’ve got to control your environment, and most farms are doing what they can, but it’s very difficult to have absolute control. In the field, when they cut the lettuce, they should be doing something that would treat the lettuce to kill the harmful bacteria right at that point when they core the lettuce. You want to kill the bacteria before the latex forms.

MF: How can the bacteria be killed?

MD: What’s typically done now is that they core it and run it through a chlorine wash, but the chlorine, we know, is not highly effective in killing the bacteria. They could use a disinfectant that’s more effective in the field. Like peroxyacetic acid, which is in Tsunami, a trade brand. They’ve got to use something stronger than chlorine.

MF: As a consumer, is it smarter to steer clear of pre-packaged and fresh cut produce?

MD: The odds are in your favor. Billions of packages are sold each year, and the number of cases that have occurred are significant but the odds are in your favor that you won’t be ill from eating this produce. People who are the most sensitive, the most likely to have a severe response, are the elderly, the very young, and in terms of listeria, pregnant women. You know, I’ll share a story from my youth. My grandmother used to make the best spinach. She’d cook it, add some vinegar and bacon. That’s how we ate it. We never thought about eating spinach raw. It’s a relatively new phenomenon that we are eating so many vegetables raw, which is why I think we are seeing vegetables as the vehicle for so much foodborne illness.

MF: You said that these farms don’t have critical control points. What do you think will happen as the food safety modernization act is implemented?

MD: They are going to have to comply or they’ll be out of business. There proposed rules will be phased in. The smaller processing plants will be given time to adjust.

MF: What about on the farm?

MD: There’s a proposed produce rule that’s under review now that will focus on manure and how it’s applied, water and how it’s used for irrigation and so on. There will be rules for how workers will be trained and how they perform in the fields, using the restroom for example. And there will be a special section for sprouts.

MF: I’ve heard you say you completely avoid sprouts. Why is that?

MD: We’ve had so many outbreaks. There is no critical control point in the sprout business. You can’t wash the bacteria away. If it grows during the sprouting process, it grows into the sprout itself. You’d have to cook it or something else to kill it.

MF: Is the produce/pathogen problem a big or small farm problem? Does knowing your farmer make you any more safe?

MD: Well, we’ve had some outbreaks from the large farms. When the USDA was testing, they were finding pathogens in bagged salad. There isn’t much data for small farms, but they are starting to test, though it’s not any more safe. Very small farms will be exempted under the new rules. Time will tell, but there have been outbreaks associated with small farms.

Yea what out breaks on small farms? Name them. No one here is mentioning the lack of biodiversity on these larger operations and the implications of an overly sterile monocrop system. In addition not all of these large scale outbreaks have been traced to simply animals but actually to the pickers themselves. This article lacks any real context for this issue. More of the same skimmed over selected facts driven big ag song and dance. This article was so generic and spineless.

2
Reply
View Replies (1)
How salad became a major source of food poisoning in the US – postconcepts.com

[…] of the processes farms have in place to clean salads actually trap bacteria in the plants, making them impossible to […]

Related
Future of Food, Plants
Scientists Grow Plants in Moon Soil for the First TimeShea Swenson
Environment
High Winds Are Rattling US Farmers This SpringSarah Kuta
Food & Drink, Technology
How High-Pressure Processing Is Helping Remote Farmers Bring Fresher Foods to MarketNaoki Nitta
Plants
They’ve Come a Long Way, But Gene Banks Still Lack Protections for...Shea Swenson
wpDiscuz
We use cookies on our website to give you the most relevant experience by remembering your preferences and repeat visits. By clicking “Accept”, you consent to the use of ALL the cookies.
Cookie settings ACCEPT
Privacy & Cookies Policy