Meet the Eco-Safe Food Digester, a stainless-steel machine that uses microorganisms to break down large volumes of food by aerobic digestion -- just like your stomach. 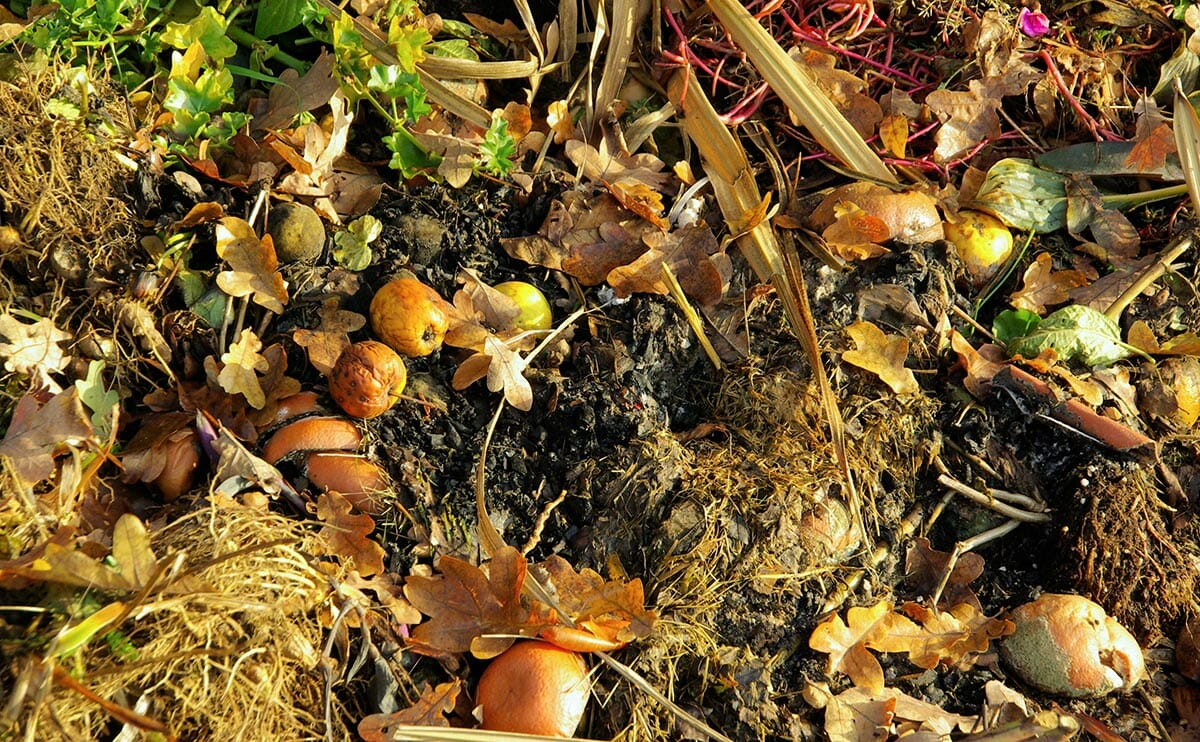 Last week, the USDA and the EPA nudged the issue of food waste back into the public consciousness by launching the U.S. Food Waste Challenge, an initiative to get food manufacturers, processors, and retailers, as well as government agencies and regular citizens to reduce, recycle, or recover food headed for landfills. It’s a timely challenge: we Americans are a wasteful lot. In 2010, an estimated 133 billion pounds of food from stores, homes, and restaurants went to the dump, and we currently waste around 30 to 40 percent of our food supply.

Just as the environment and economy will likely benefit from a reduction in food waste, so too will the companies whose business it is to create the technology that keeps food out of landfills. Among them is BioHitech America, a New Jersey-based firm that sells the Eco-Safe Food Digester, a stainless-steel machine that uses microorganisms to break down large volumes of food by aerobic digestion. Although it’s not a compost machine, the Eco-Safe was created with the same goal in mind, and has the added benefit of eliminating the need for an outdoor composting site, or for transporting compost. We spoke with Lisa Giovannielli, BioHitech’s director of marketing, to learn more.

Modern Farmer: So how does the Eco-Safe work?

LG: It sits in a kitchen usually, in let’s say a prison, hospital, hotel or supermarket, where they generate a lot of food waste. It looks like an ice machine; you open up the door and inside are wood chips and a mix of different live organic microorganisms that eat different categories like proteins, fats, fruits and vegetables. They act like your stomach does: they digest food into a liquid that goes through a strainer and down a drain, so what’s left inside afterwards is wood chips and organisms looking to be fed again. The machine can eat all day, and handle up to 2,500 pounds a day of food waste. Then the liquid can go to a waste water treatment plant where it’s cleaned up and turned into different things. So we’re basically turning food into water, because food is mostly water; watermelon is, like, 90 percent water. The most important part is it’s taking food waste out landfills, and it’s not being trucked around to turn into something useful. 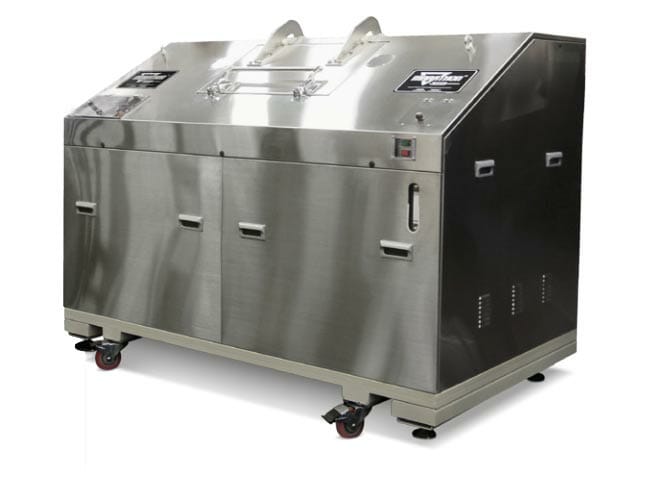 MF: How many machines has your company sent out into the world?

LG: There are 215 machines right now. They’re all around the country and the globe: they have them in Israel, Lebanon, Dubai, Canada, the British Virgin Islands. Right now our biggest customer is the federal prison system; they have 85 machines. [In prisons] compost doesn’t work financially because you’re carting it off site; this way, you’re handling it right in kitchens.

MF: How long has the machine been around for?

LG: Just under ten years. It was first conceived in Korea and brought here about five years ago. We’re the exclusive distributors of the Eco-Safe Digester; this is all we do. There are a few other similar technologies out there, but our unique features is we have a scale on the machine that measures every single pound you divert. So at the end of the day you see you digested, like, 2,000 pounds, but it might be because you ordered too many oranges or produced too much soup. So it gives chef an idea of how to save money on the purchasing end.

MF: Has the growing attention being paid to food waste impacted your business?

LG: I would say that we’ve seen more of an interest. I guess people are reaching out to us because there are more waste bans that are coming to fruition in states like Massachusetts, Connecticut, California, and Vermont, where they’re banning organic food waste from going to landfills at future dates. People are starting to get their plans in place, so we’re getting lots of interest. The federal government, who gave us an order for 70 units, is thinking more about efficiencies and money. I would have to guess [the machine] would be more efficient within the campus of a federal prison, and it’s also creating green, if you will, or new jobs by affording the prison an opportunity without having to prepare land for compost, and teaching [inmates] tasks with large machines and how to service our machines; that’s something they can do outside or use to move into, say, working with HVAC systems because they’re similar.

MF: Who are your biggest clients?

LG: After the federal government, our next two biggest customers are supermarkets, which include Fairway and Shop Rite, and then the next would be the Cheesecake Factory. They’re installing [the machines] in all their new construction and retrofitting them into all of their locations. I would say they’re our biggest group. But we’re also in universities, hospital systems, and country clubs.