Farmer Mistakes: All the Leaves Are Brown

Something killed the Heizmanns' blueberries. 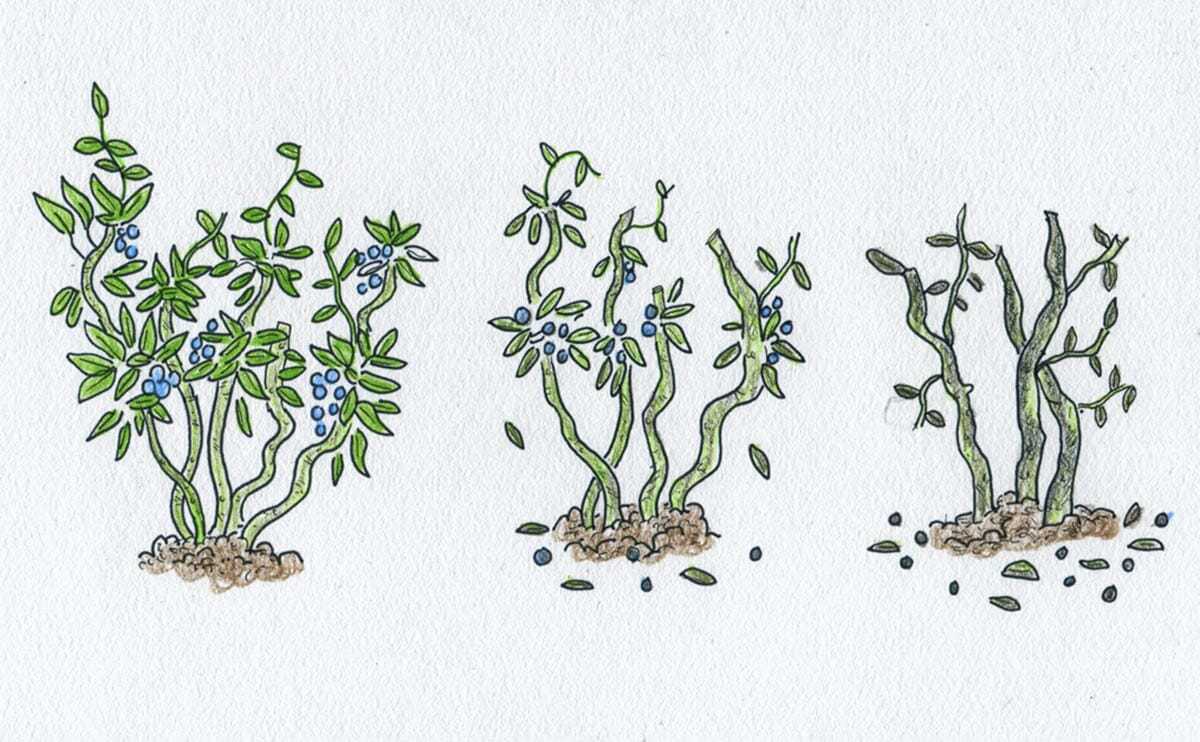 Ann Marie Heizmann and her husband run an 80-acre pumpkin farm in Seneca Falls, New York. About nine years ago, they tried planting blueberries. Heizmann told us their story.

Nine years ago, we were just starting up the farm. We were trying new things, seeing what worked. I was really excited about the new blueberry bushes we put in raised bed rows. There were 70 of them and they looked real gorgeous, all lined up out there.

Blueberries can take a little while to start producing; we didn’t get anything the first couple of years. But the third year, oh my. There were just so many little berries hanging off all the bushes. I could not wait for picking time!

My husband had this idea that we needed to lower the pH of the soil around the plants. We had already added sulfur, but he heard somewhere that wood ash will also bring the pH down.* I have no clue where he got that idea. I guess he read it somewhere.

My husband heard somewhere that wood ash will also bring the pH down. I have no clue where he got that idea. I guess he read it somewhere.

Thing is, my husband forgot there was black walnut in the ash, highly toxic to many plants. We have a lot of it on our property, and I’d had a lot of problems landscaping when we first moved here. There’s some some chemical in it that’s real nasty. Most plants I tried growing near walnut trees just wouldn’t make it. Horses can die from eating it. And once a black walnut tree dies, it takes years and years and years before you can plant anything in its place.

My husband knew black walnut was bad; he never would have used the ash if he remembered what was in it. But he forgot.

A few days after he spread the ash, I went to pick our first batch of blueberries. Sure enough, the leaves were withered and brown and the berries were shriveled up and crunchy. Every single plant was dead. I was so upset. Just devastated.

I haven’t tried planting berries since then. We’re growing pumpkins now in the spot we had the blueberries. We’ve also got goats (Ed. Note: Goats are a surefire cure for the blues.) and face painting and we’re a popular tourist destination. But I don’t know – that was a hard one to shake off.

If anyone out there wants to grow blueberries, I’ve got one piece of advice: do your research. Blueberries aren’t tomatoes. They’re real sensitive, and you have to be real careful about their soil. You should probably prepare the bed for a year before you even plant them. Check the ingredients of your mulch, and be really careful.

*Wood ash is typically used to raise soil pH, which may have been part of the problem.