The Goats of Maple Crest Farm

The always entertaining goats of Maple Crest Farm show off their best moves for Modern Farmer. 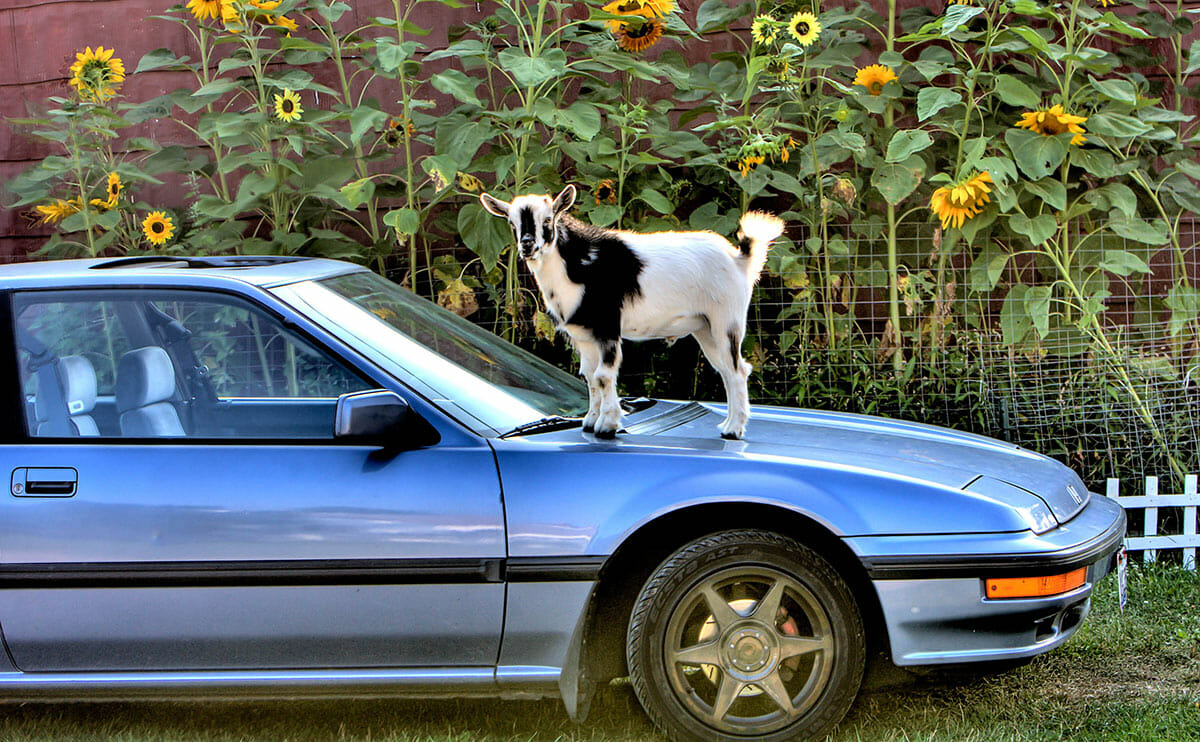 Maple Crest Farm was established in Brecksville, Ohio in 1826 and is currently operated, occupied and enjoyed by the seventh generation of the founding family. Over the decades, the farm has adapted to the pressures of surrounding economic development and a changing economy. Originally a dairy and grain farm, Maplecrest has transitioned from pure agricultural to horse boarding and training to stay economically vibrant.

Maplecrest comprises two farms. Brant Giere and Carol Sahley live in the original homestead, while Giere’s mother and sister operate the adjoining horse business. Carol and Brant work off farm and raise goats and chickens for companionship. They have found goats to be wonderful – sociable, loyal and downright funny. Sahley shared some of her favorite pictures of life with her goats on the farm.

The goats love to jump off the milkhouse roof and catch some air. This series captures one of Casper's acrobatic stunts - a full rotation! 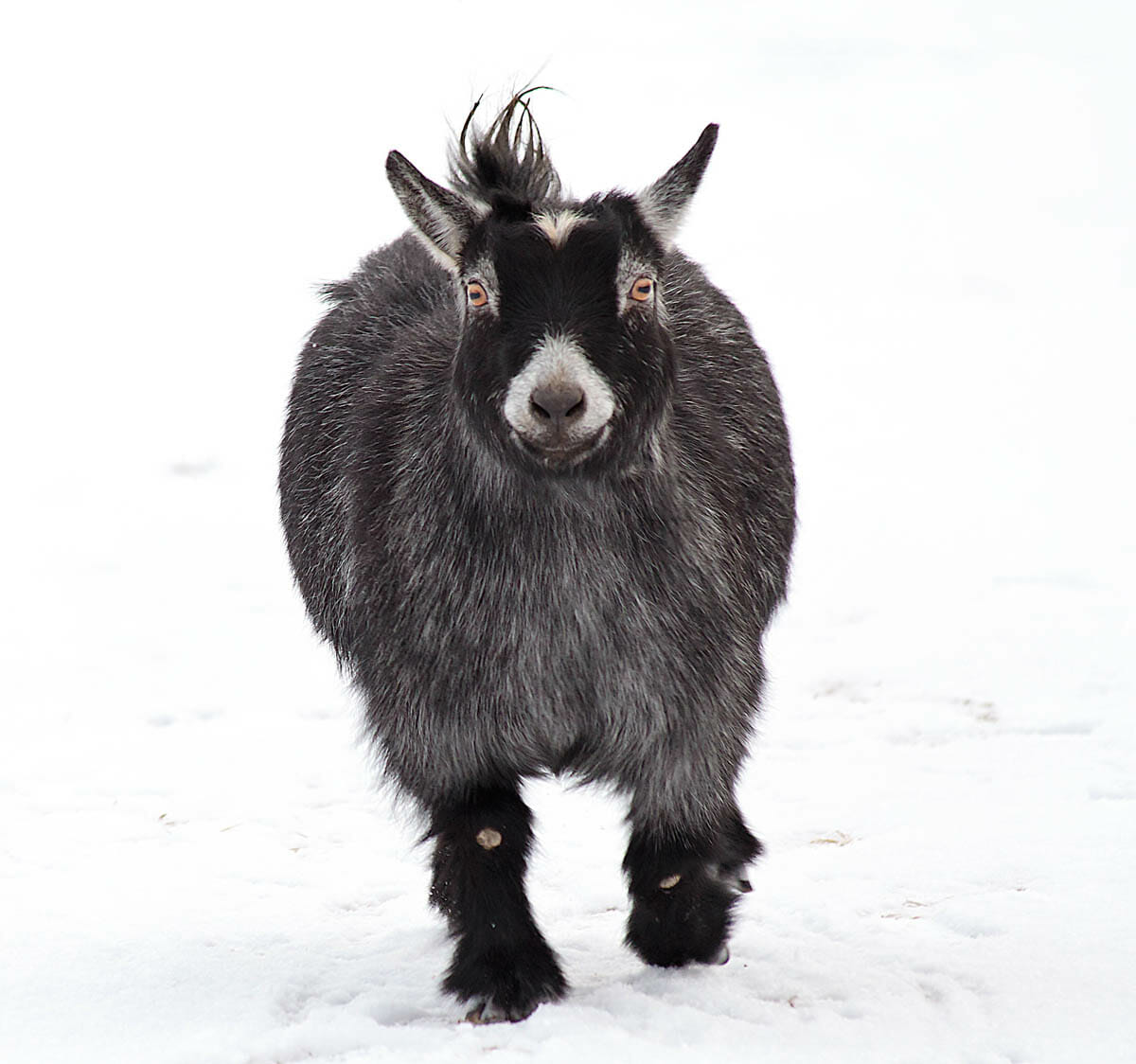 Mimi at top speed on a snowy day. 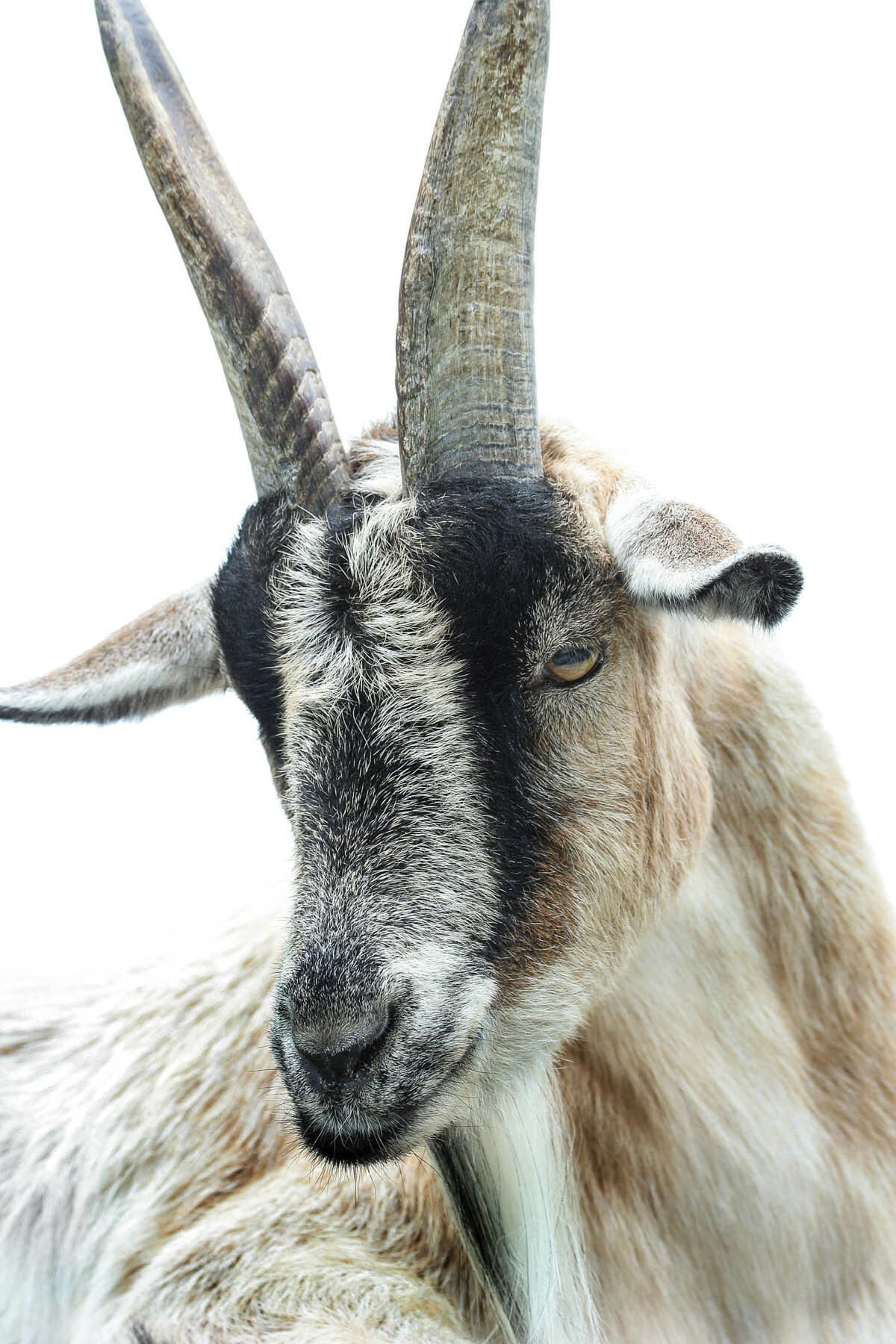 Bill was the original Maplecrest goat, handsome and rugged. 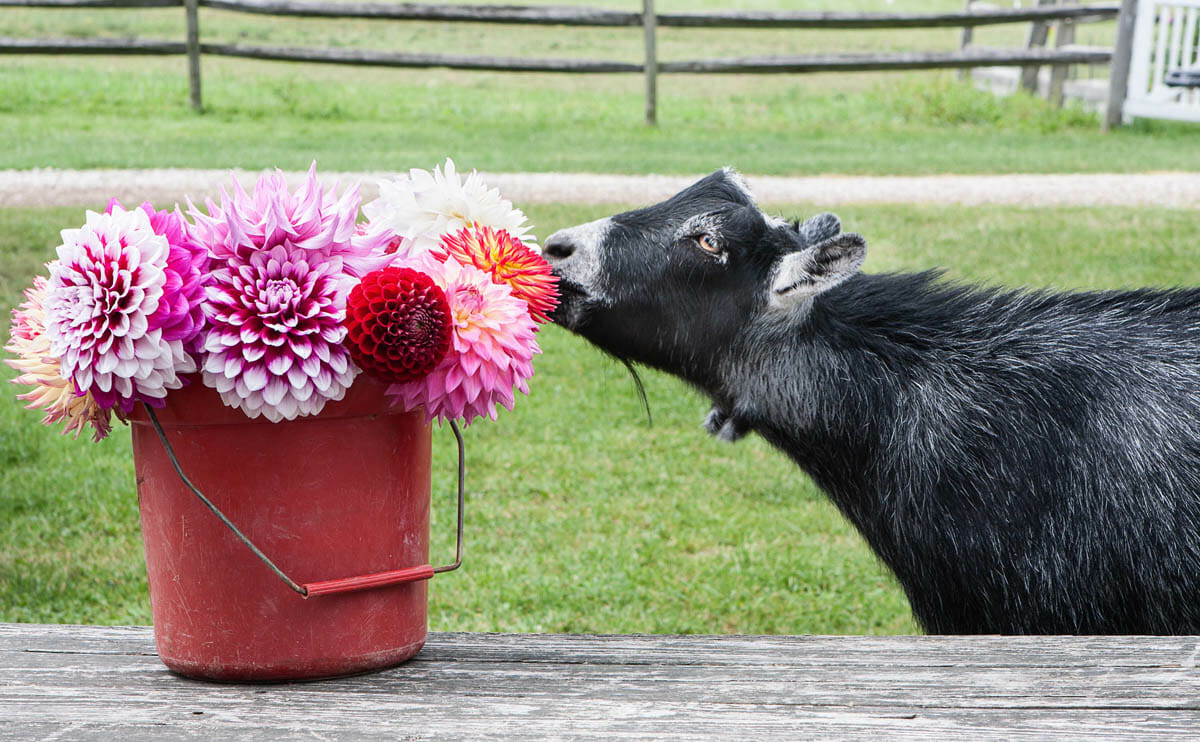 Jumper the pygmy goat enjoys the dahlias grown on the farm's many gardens. 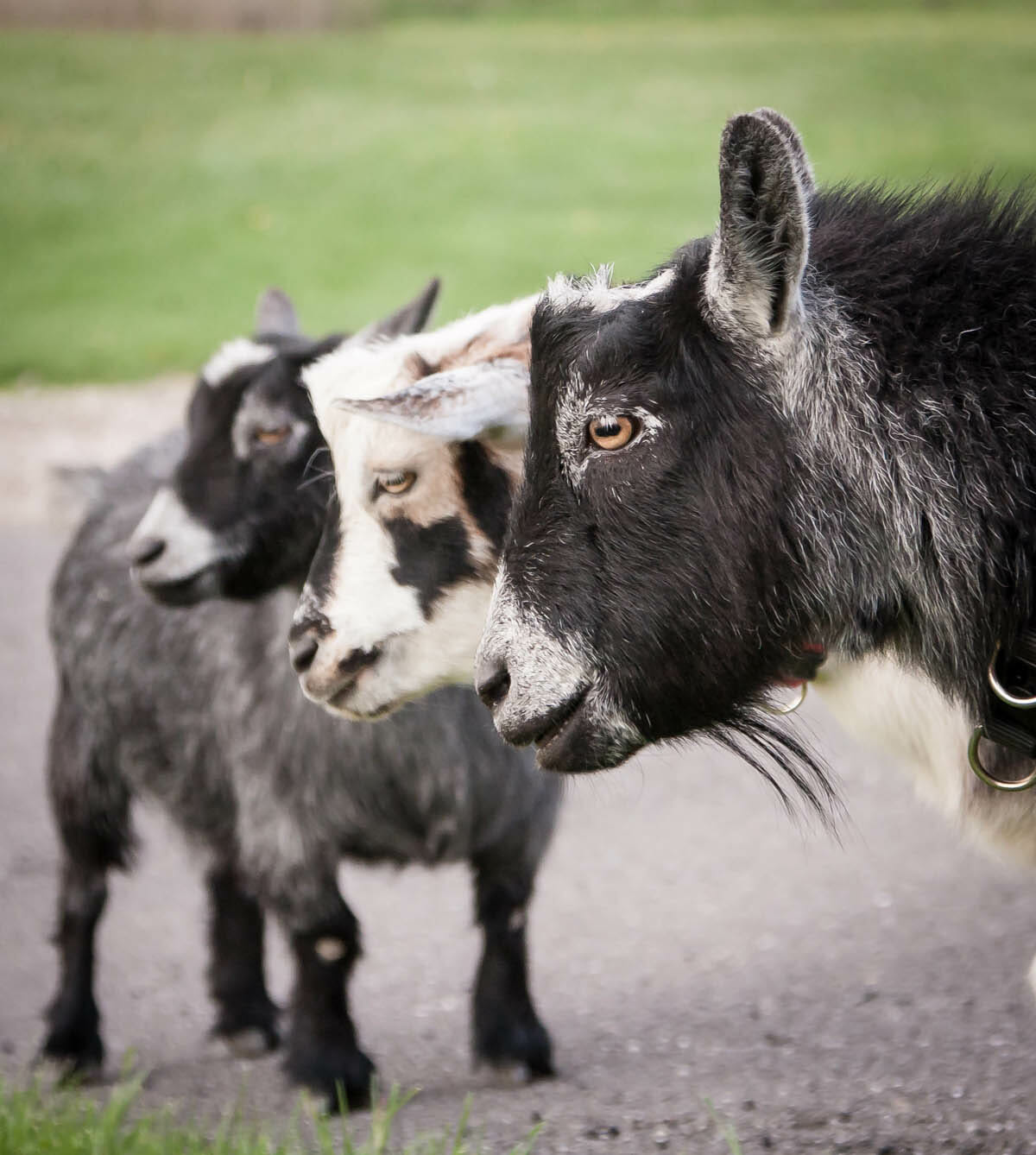 The trio of goats. Jumper, Casper (the friendly goat) and Mimi. 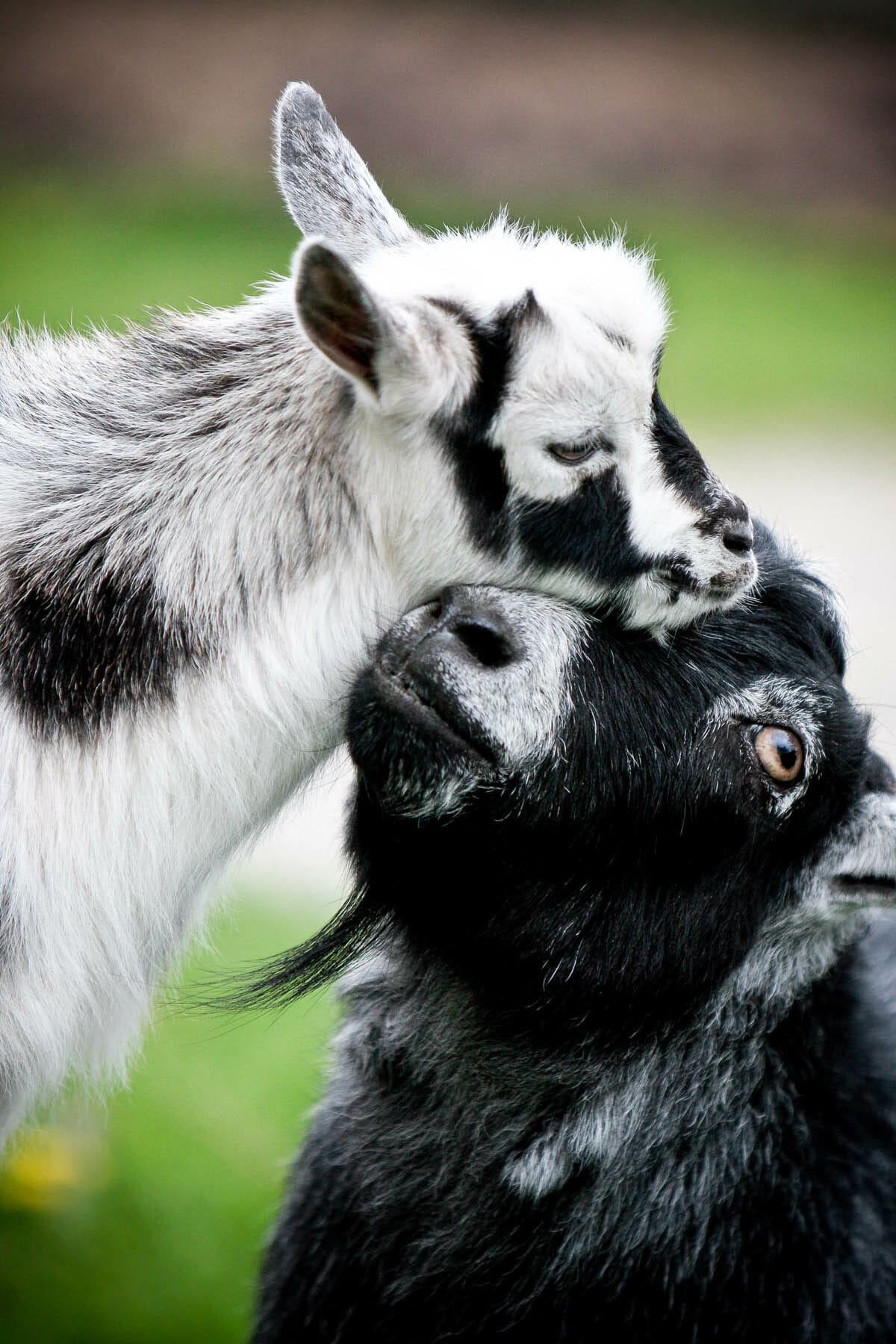 Jumper welcomes little Casper to the family. His gentle acceptance of the newcomer was touching. 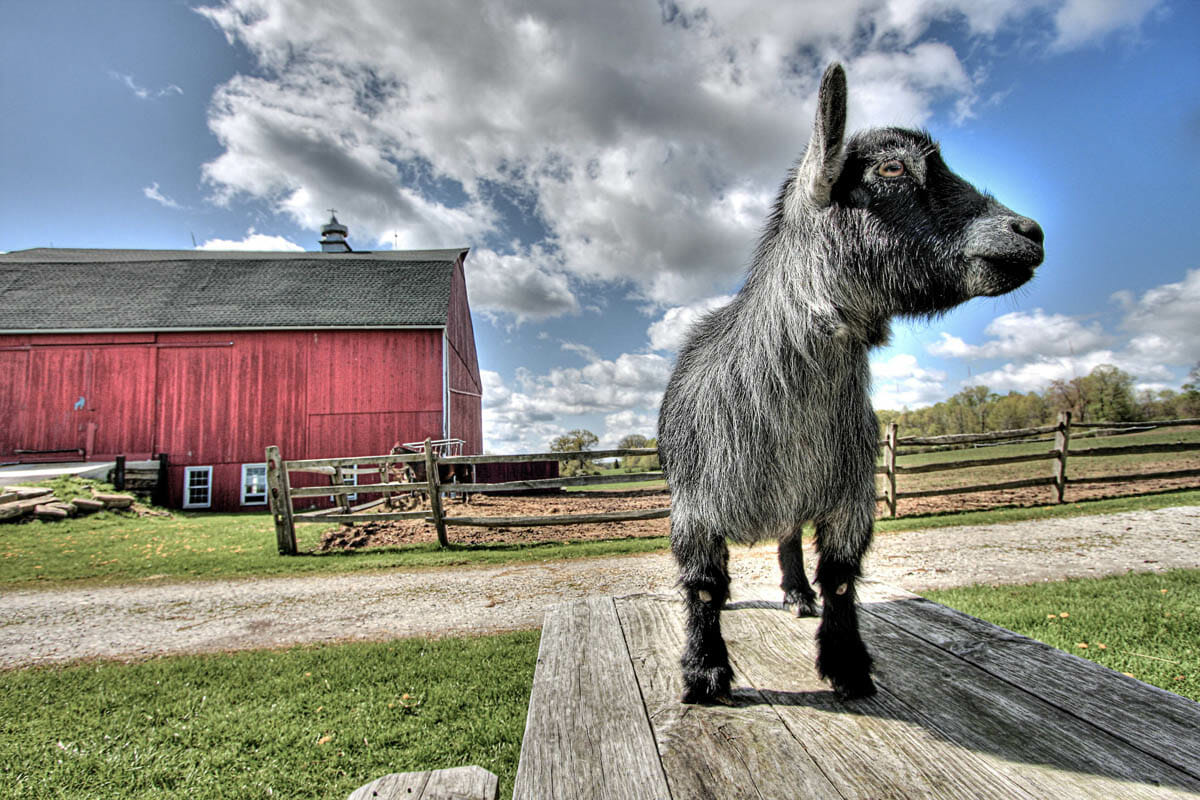 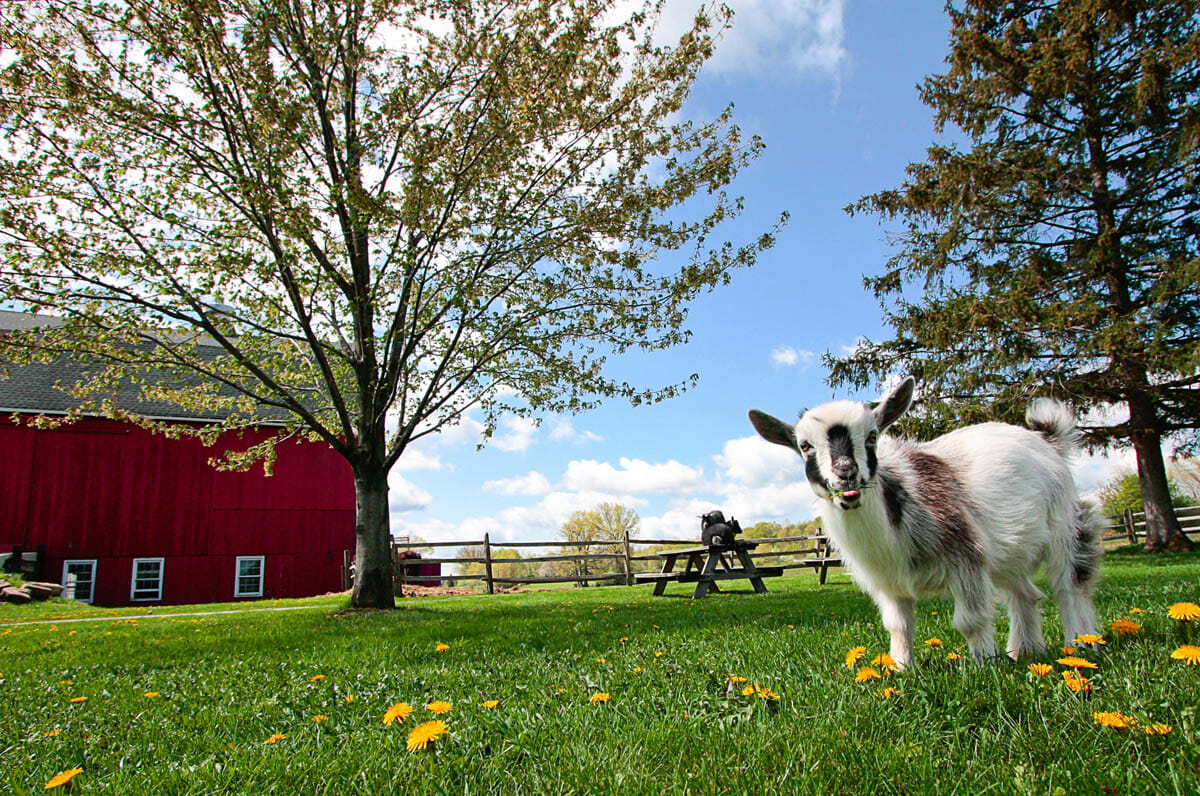 Casper romps in his yard. He is a registered Nigerian Dwarf, a lovely miniature dairy breed. 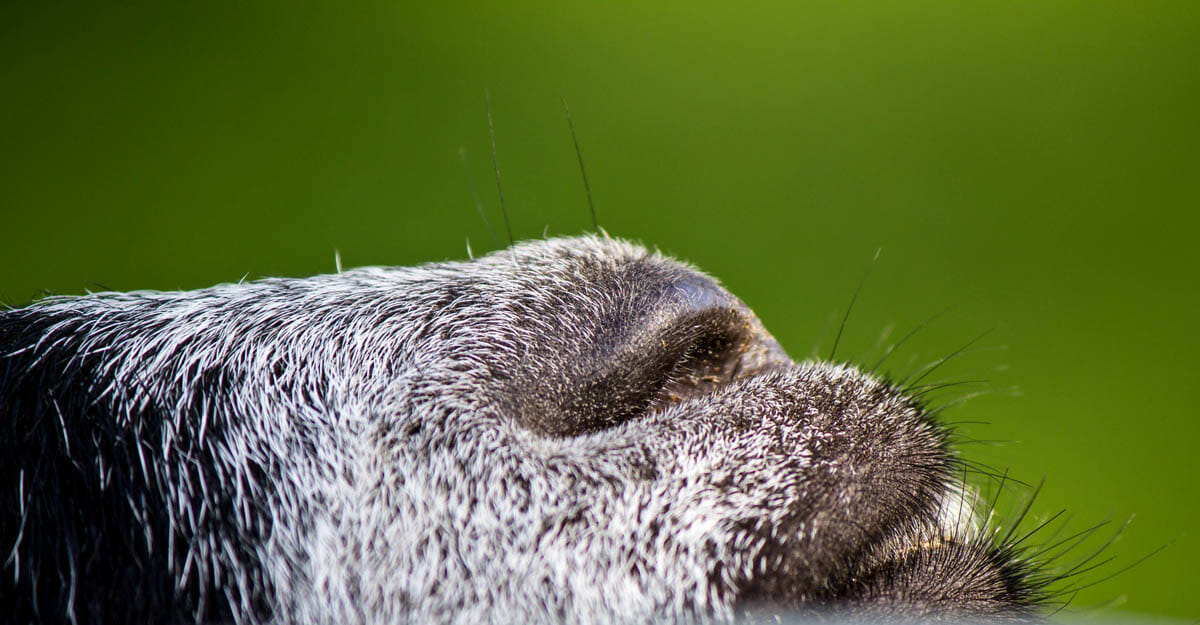 Jumper's little lips. They are often used to chow down on corn chips - the favorite goat snack of all time. 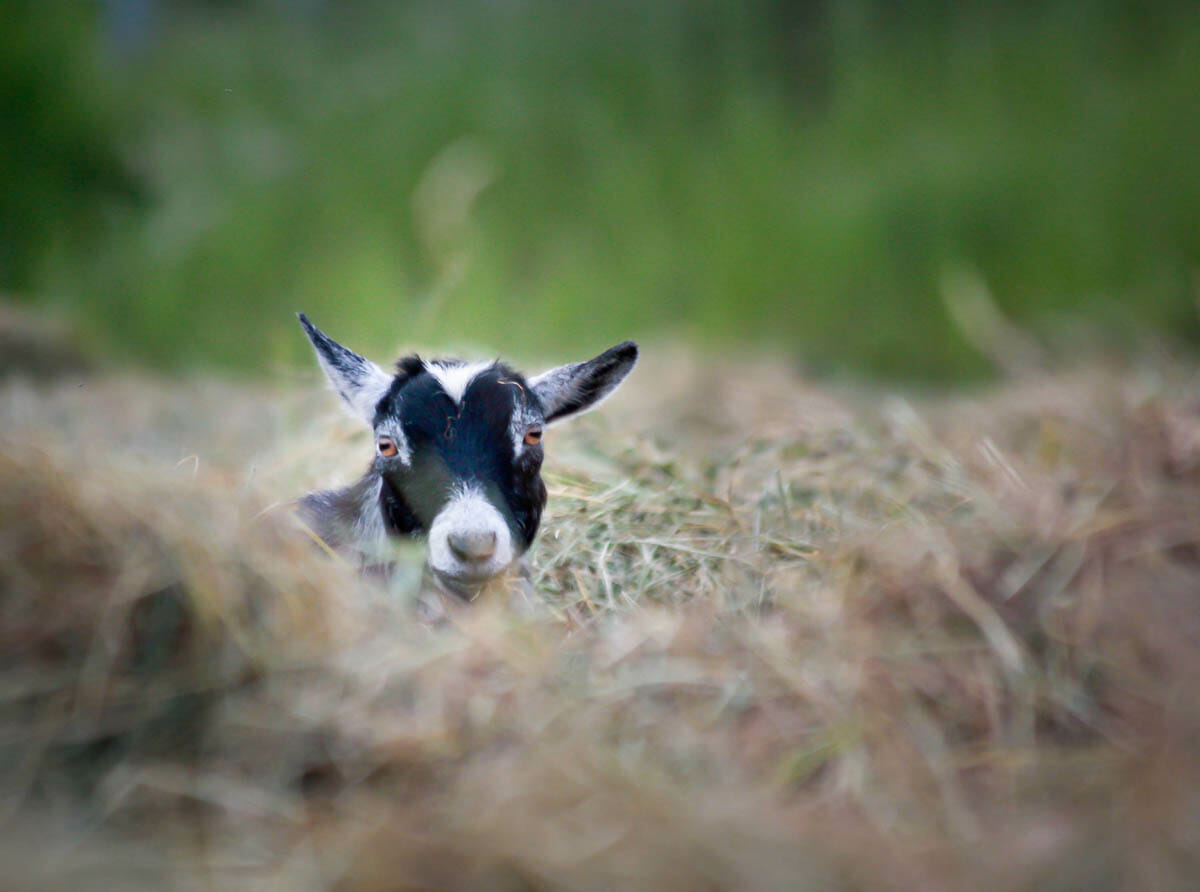 Mimi plays in the recently raked hay field. The hay rows towered over her. 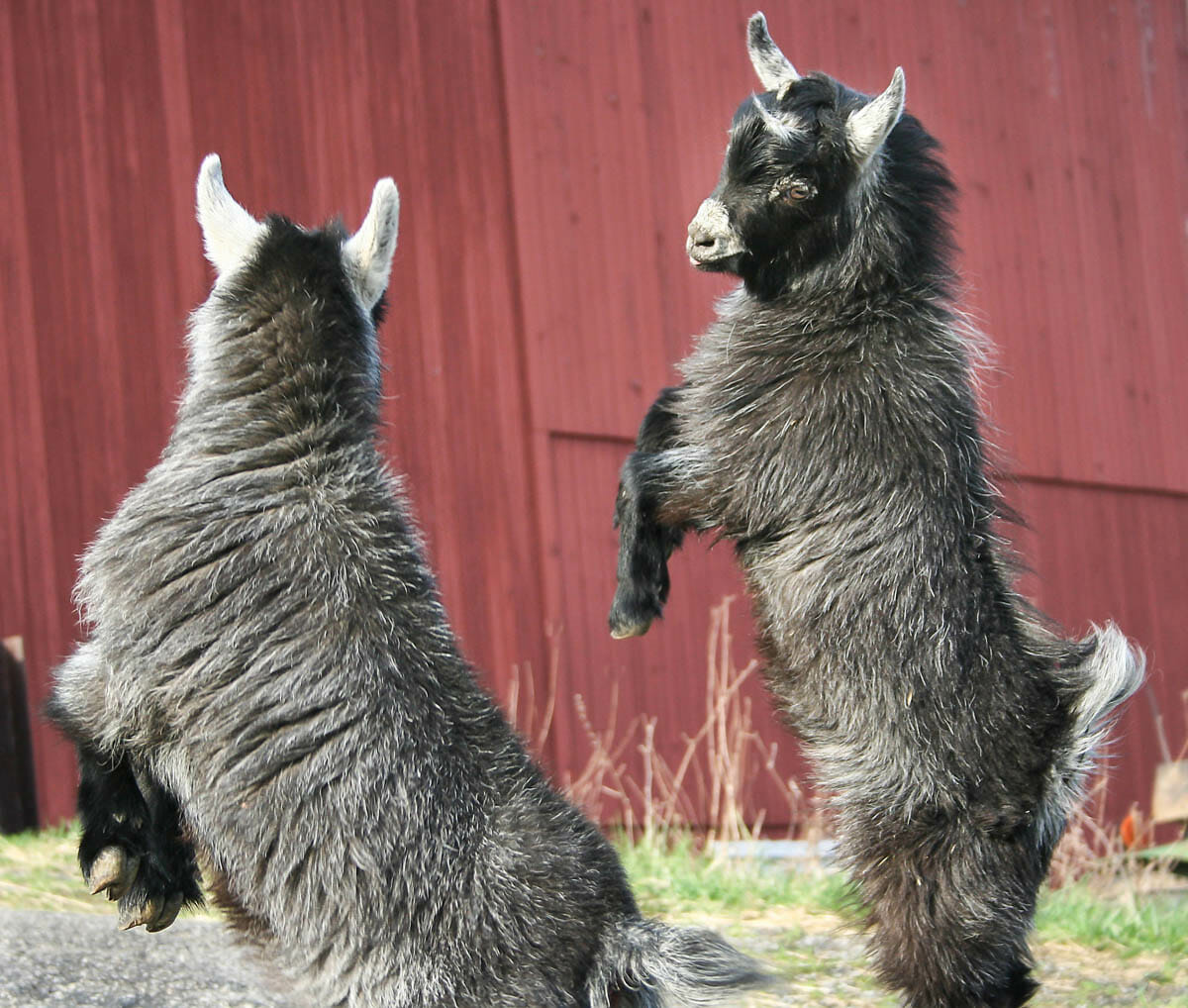 Shall we dance? Twins Mimi and Jumper form a perfect mirror image. They are inseparable to this day. 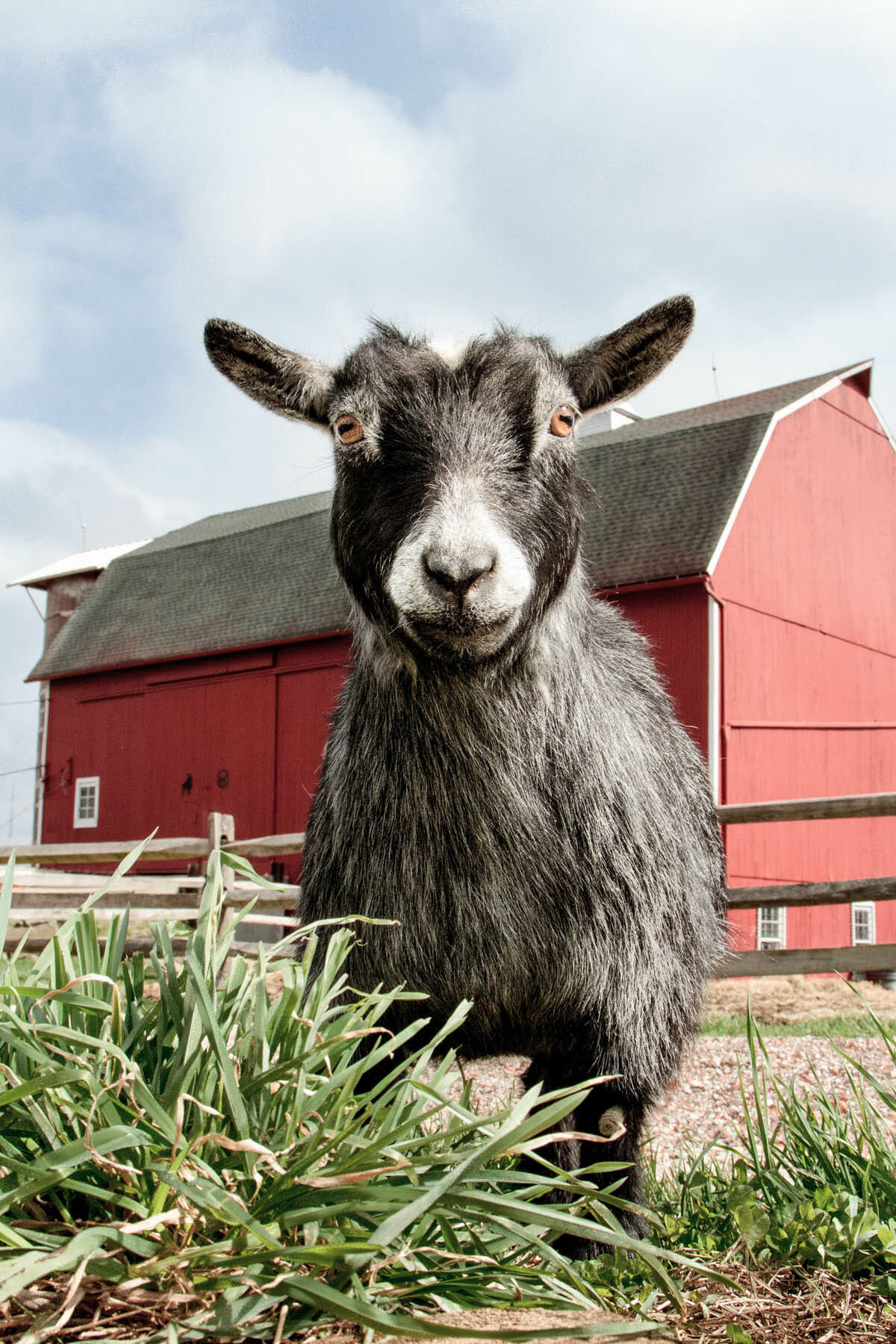 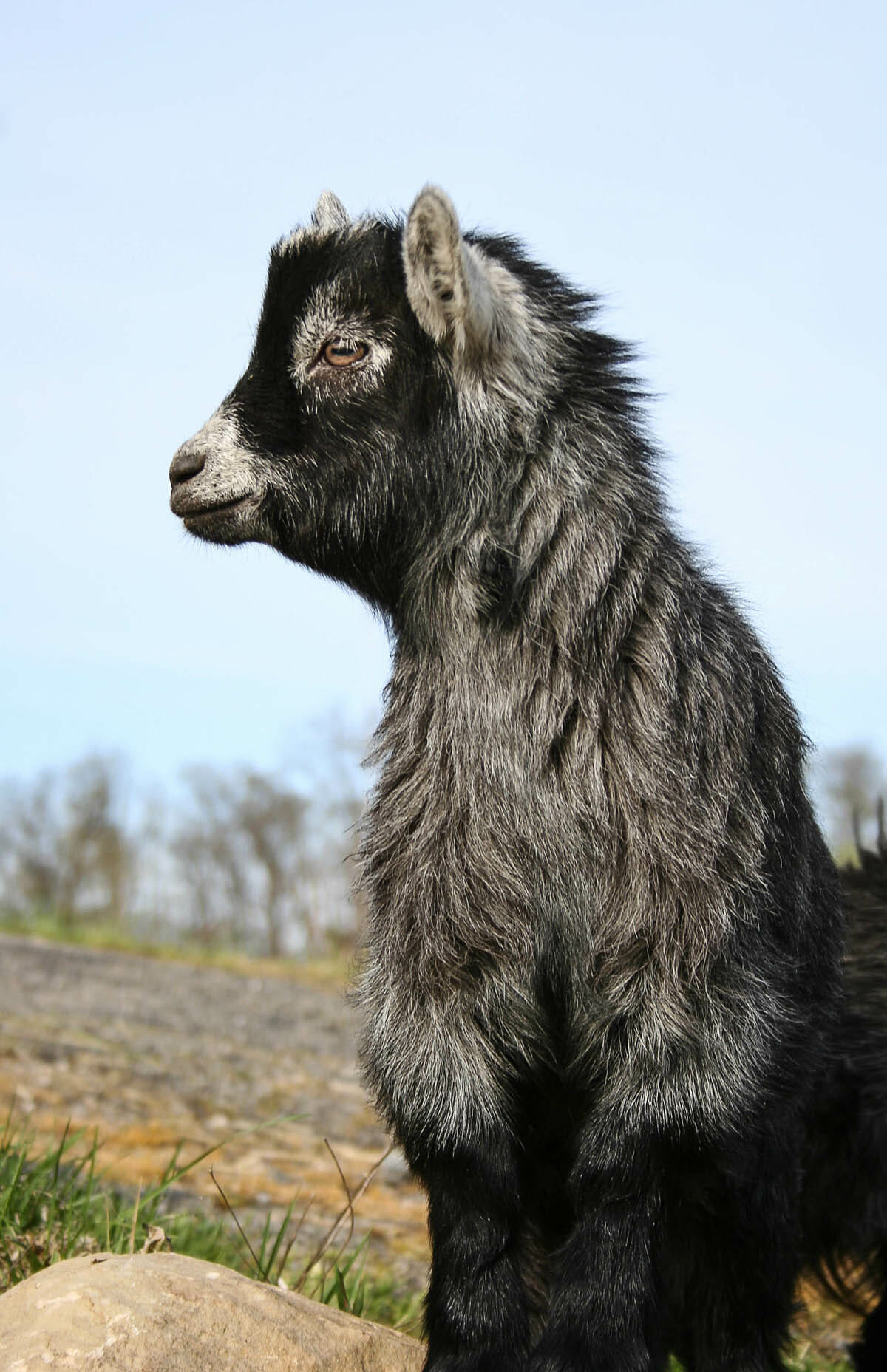 Sweet Mimi as a kid. 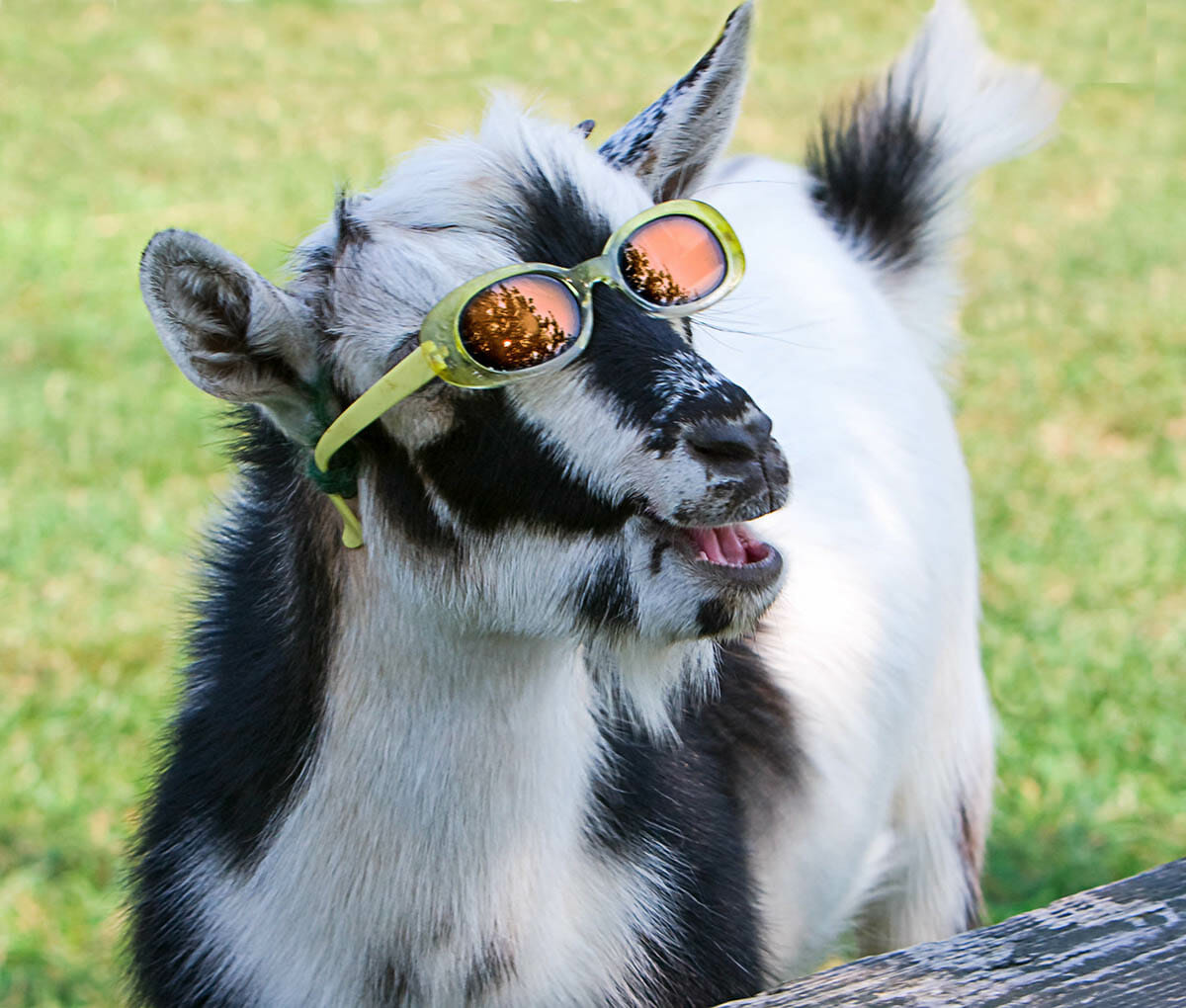 Casper with sunglasses. One cool kid.