Pour Some Sugar on Me - Modern Farmer
Animals, Plants

Pour Some Sugar on Me

When Dr. Karol Mathews met Jasper the beagle, he was in bad shape. The dog had been burned from head to tail in a barn fire and his body was covered in big, red wounds. “He was growing five kind of bacterium, you could see from the wound the blood supply was very poor,” said […] 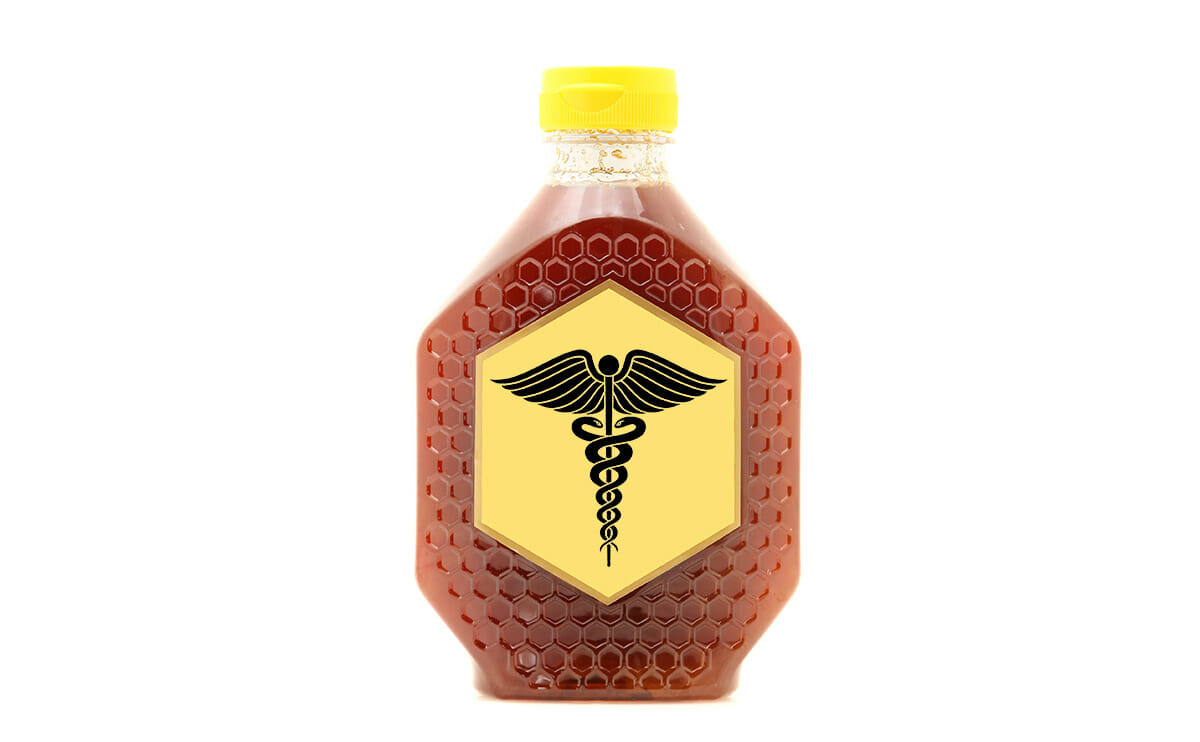 When Dr. Karol Mathews met Jasper the beagle, he was in bad shape. The dog had been burned from head to tail in a barn fire and his body was covered in big, red wounds.

“He was growing five kind of bacterium, you could see from the wound the blood supply was very poor,” said Matthews, professor emerita at the Ontario Veterinary College at the University of Geulph. When antibiotics failed to do the job, she turned to a cure she’d never used before: honey.

“After three days,” she said, “The improvement was dramatic.”

Mathews continued applying honey to the dog’s wounds, and Jasper bounced back. A rescue dog, he was adopted by a lab tech. The sole reminder of his brush with death was a bald patch on his butt that required a dab of sunscreen.

That was in 1998. Mathews has used honey to treat wounds ever since.

Proponents have championed honey, royal jelly (the goo bees secrete to feed larvae and the queens), bee pollen, propolis (a mixture bees produce to close up holes in the hive), and even bee stings as treatments for everything from allergies to multiple sclerosis. The use of bee products for medicinal purposes is called “apitherapy.” Many of these uses are met with skepticism by the medical community, as studies often return inconclusive results. Doctors continue to experiment with the stuff, though, sometimes with positive results: recently, researchers at the Washington University School of Medicine in St. Louis discovered that melittin, a toxin found in bee venom, can kill HIV. And using honey to heal wounds has a long history – examples of it pop up in the Bible.

When honey hits a wound, it gives hungry bacteria something else to eat other than flesh, bone, and muscle. A bonus: it neutralizes the odor of necrotic (rotting) flesh. (It can be used for more run-of-the-mill smelly things, too. Mathews says she gives her 13-year-old dogs honey every day to tame their breath.) And you can be generous with application: “You can just pour it on,” she said.

But you can’t use just any honey from the supermarket. Mathews uses raw honey – honey straight from the comb that hasn’t been heated. When honey is heated, it can kill the enzymes that help treat the wound. She gets hers from the colleges’ bee hives.

Whenever Mathews gives talks about honey for treating wounds, interested veterinarians often quiz her afterward about adopting the practice. But she thinks doctors who treat humans are hesitant to follow suit, although she hopes that’s changing.

“With the antibiotic resistance in people, I think it’s only a matter of time,” she said.

Medihoney, made by medical technology company Derma Sciences, has been selling FDA-approved, medical-grade honey-based wound dressings for people since 2007. Their customers include hospitals, doctors, and nursing homes in the U.S., Western Europe, and other countries.

Medihoney uses a honey from New Zealand produced by bees that feed off the Leptospermum scoparium, or the Manuka tree.

“It’s very different from the honey in the bear bottle,” said Joseph Scollins, Director of Marketing for Derma Sciences.

Manuka honey has a higher antibacterial quality than other honeys. It’s also produced under hygienic conditions, gamma irradiated to remove contaminates, is free of pesticides and comes from a traceable source – every Medihoney product sold is assigned a number so it can be tracked back to a specific batch of honey.

“What’s so special about the honey, is it the bees?,” Scollins asked, anticipating a popular question. “It’s not. It’s actually the bush. The pollen that comes out of the Leptospermum scoparium bush is what really drives the medicinal quality of the honey.”

So why not just plant a bunch of Manuka bushes and call it a day?

“It’s sort of like trying to grow a red grape from Napa Valley in New Jersey,” said Scollins. Soil and climate all play a factor in the special quality of the pollen and honey, so Derma Sciences gets its Manuka from a supplier in New Zealand.

When Medihoney hit the market, they did so with a “great clinical data package,” knowing research was key to drawing doctors in. Scollins says the medical community has been receptive to Medihoney and the brand is expected to surpass $10 million in sales in 2013.

Mathews continues to champion honey as a wound healer and her university is working on discovering what kind of flora produces quality medical honey hoping that beekeepers can learn to reproduce the results and supplement their income.

“I personally think bees were put on this earth for their healing purposes,” says Mathews, “We just have to discover all of them.”