Tomatoes Are the Latest Victim of Climate Change 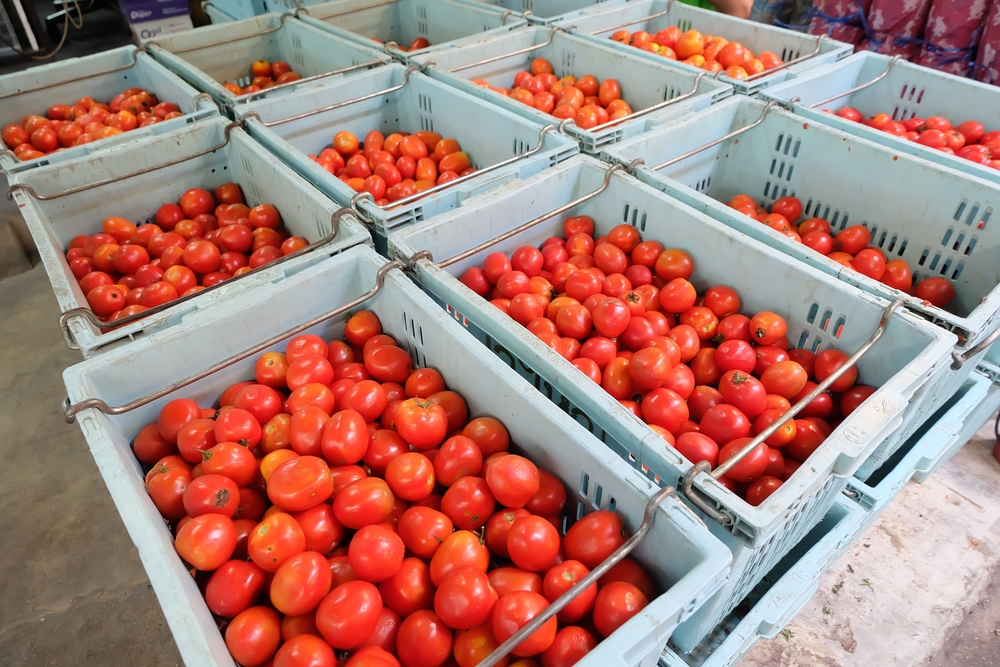 The future does not look so bright for processing tomato crops.

These thick-skinned versions of the red fruit, called processing tomatoes, are easily transported and are used for the production of ketchup, juice, sauce, puree and other packaged tomato products. California, Italy and China are responsible for around 65 percent of global tomato production.

A new study, published in Nature, predicts a six-percent decline in tomato yields in major growing regions such as Italy and California by 2050. According to the study, an increase in air temperature as a result of climate change in big tomato-growing regions will cause the decrease in yield. Additionally, water restrictions and drought are factors that will likely lead to Italy and California being unable to uphold their current processing tomato production numbers.

Regions in Northern California and China with a cooler climate to help buffer the temperature increases in the short term may stand to increase their competitive production advantage in the coming years, according to the research.

When the mathematical model at the heart of the study, led by researchers at Aarhus University Denmark, is expanded over a longer period of time, it predicts that the processing tomato yield could be cut in half between 2050 and 2100.

But the adverse impact of climate change on processing tomatoes’ vitality is not just a thing of the future. The crop is already feeling the heat in California—where 90 percent of the US canned tomato supply comes from. As reported by National Geographic, the past few years in California have been tough for tomatoes. By the end of 2021, processing tomato farmers delivered 10 percent less yield than they had anticipated going into the growing season, which is a big hit when you consider the fact that tomatoes are the second-most profitable produce the state exports.

Record-high temperatures in combination with record-length drought conditions leave California tomato producers planting fewer tomatoes than in previous years, with many taking no risks and planting only enough to meet their contracts with canners.

In fact, last year’s yield was expected to clock in at 12 million tons when farmers planted the crops. But as the season went on, expectations lowered to 11.6 million tons and the final yield fell short of that as well, landing at 10.7 million tons.

As far as this season is concerned, growers in the region are not entirely sure what to expect. But the current drought is cause for concern. In an interview with National Geographic, R. Greg Pruett, a manager at Ingomar Packing Company, was practical about the situation without losing hope. “The future of this crop can at times look on the bleak side, especially when you think about the drought,” he said. “But this is still the best place in the world to grow them. I can’t see California not being the largest production area in the world.”

Well let’s ask ourselves, how many times have the “models” been wrong? The answer is 100% of the time! The climate change alarmists are a persistent bunch I will give them that.

Bitch bitch is there nothing the stupid researchers cannot find without blaming climate change !!!! Get off there rear ends and solve some of the problems instead of always Bitching about them. Never have i read and seen so many negative stories about doom and gloom .

Popular
7 Smokable Plants You Can Grow That Aren’t MarijuanaBrian Barth
New Solar Panels Allow Farmers to See the LightNaoki Nitta
6 Differences Between Llamas and AlpacasAndrew Amelinckx
The Cold Swim HomeMarcie Callewaert
Goat Sex: Everything You Wanted to Know But Were Afraid to AskAndrew Amelinckx
Explore Modern Farmer
Related
Features, Personal Essay, Water
The Cold Swim HomeMarcie Callewaert
Environment, Labor, Water
California Farms and Farmworkers Attempt to Recover From Record FloodsNaoki Nitta
Books, How-To, Lifestyle
How to Turn Your Garden Into a Business, No Matter the SizeEmily Baron Cadloff
Food Waste, Opinion, Politics, Technology
How Solar-Powered Refrigerators Could Cool Down Climate ChangeAbay Yimere
wpDiscuz
We use cookies on our website to give you the most relevant experience by remembering your preferences and repeat visits. By clicking “Accept”, you consent to the use of ALL the cookies.
Cookie settings ACCEPT
Privacy & Cookies Policy