Could Tomatoes Be the Secret to Solving Vitamin D Deficiencies? 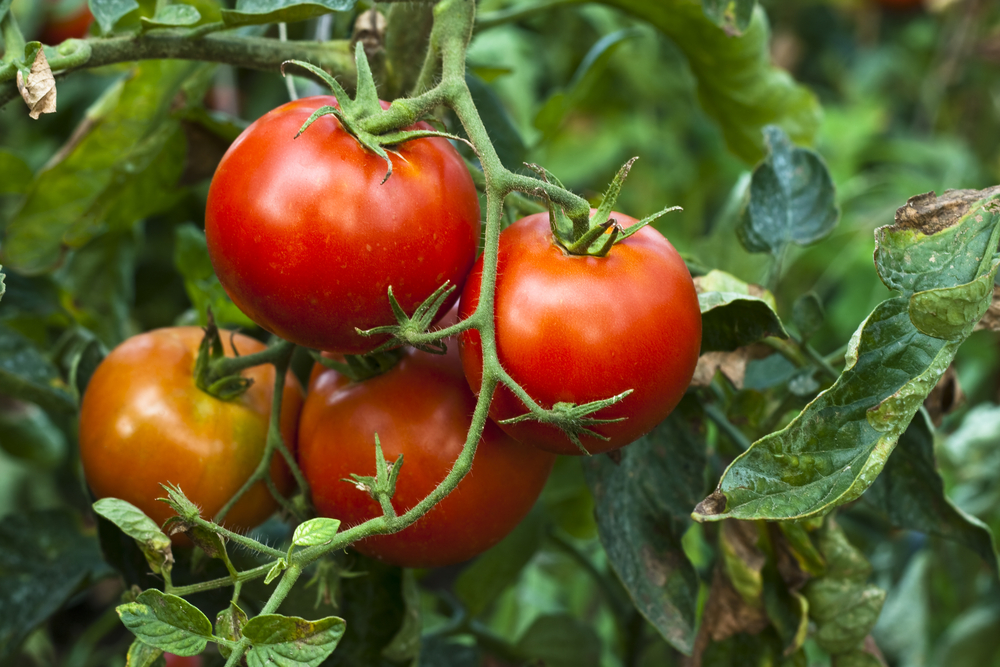 Our body produces Vitamin D, often nicknamed the sunshine vitamin, when our skin is exposed to sunshine. With so many people spending the brightest hours of the day working indoors, vitamin D deficiencies are widespread and on the rise.

But vitamin D3 can also be absorbed through foods such as fish like salmon and tuna, as well as egg yolks. Most vitamin D3 supplements are animal-based and rely on secretions in sheep’s wool as the vitamin source. The only vegan-friendly vitamin D3 supplements on the market are lichen-based, and both the vitamins and the lichen are hard to come by and expensive. On a mission to address the low vitamin D levels that an estimated one billion people have worldwide with a plant-based, sustainable solution, researchers at the John Innes Centre in England recently turned to tomatoes.

The study, published in Nature Plants, found that by gene-editing tomatoes using CRISPR-Cas9 technology, scientists were able to increase the levels of provitamin D3 (a building block for vitamin D3) in the fruit’s peel, flesh and leaves. CRISPR is a genetic engineering tool that allows scientists to use segments of DNA and proteins to edit genes.

While the provitamin is naturally present at low levels in tomatoes, which is why researchers picked the specific fruit as their focus, actual vitamin D3 is not. The gene editing “turns off a specific molecule in the plant’s genome,” according to the study, which allows for high levels of the provitamin to produce in the plant. The gene editing had no impact on the plant’s overall growth process or crop yield, the research found.

But raising provitamin D levels is only part of the process. To convert the provitamin into vitamin D3, UVB light is necessary. Just like the human body uses UVB light to create vitamin D, the tomatoes did as well. For the experiment, researchers exposed both the leaves and slices of the provitamin-rich tomatoes to the light. They found that, after an hour, one tomato had the same levels of vitamin D as two commonly recommended sources of the supplement—eggs and tuna.

“We’ve shown that you can biofortify tomatoes with provitamin D3 using gene editing, which means tomatoes could be developed as a plant-based, sustainable source of vitamin D3,” said Cathie Martin, an author of the study.

Researchers say that eating an average of two of the gene-edited tomatoes a day would be enough to curb a vitamin D deficiency for someone who didn’t have access to a supplement.

On the other hand, in addition to the fruit itself containing the important vitamin, so did the leaves. This could allow for the tomato leaves—which typically end up as waste after the plant has fruited—to be a new, sustainable, vegan supplement to add vitamin D into diets around the world.

Sounds great but hope potassium doesn’t also increase. Believe it or not some people can get too much potassium in the blood, very much limiting the amount of tomatoes and bananas consumed.

I like eating tomato. It provides a large amount of vitamins A and C and now maybe vitamin D may be added.

The information you have posted is very useful.

For the experiment, researchers exposed both the leaves and slices of the provitamin-rich tomatoes to the light.