Opinion: Cow’s Milk Without the Cow? How Cellular Agriculture Could Change the Dairy Industry

Technological changes that eliminate the need for livestock will likely disrupt the dairy industry as we know it. Plans to mitigate the risks this transition poses to farmer livelihoods and animal welfare should start now. 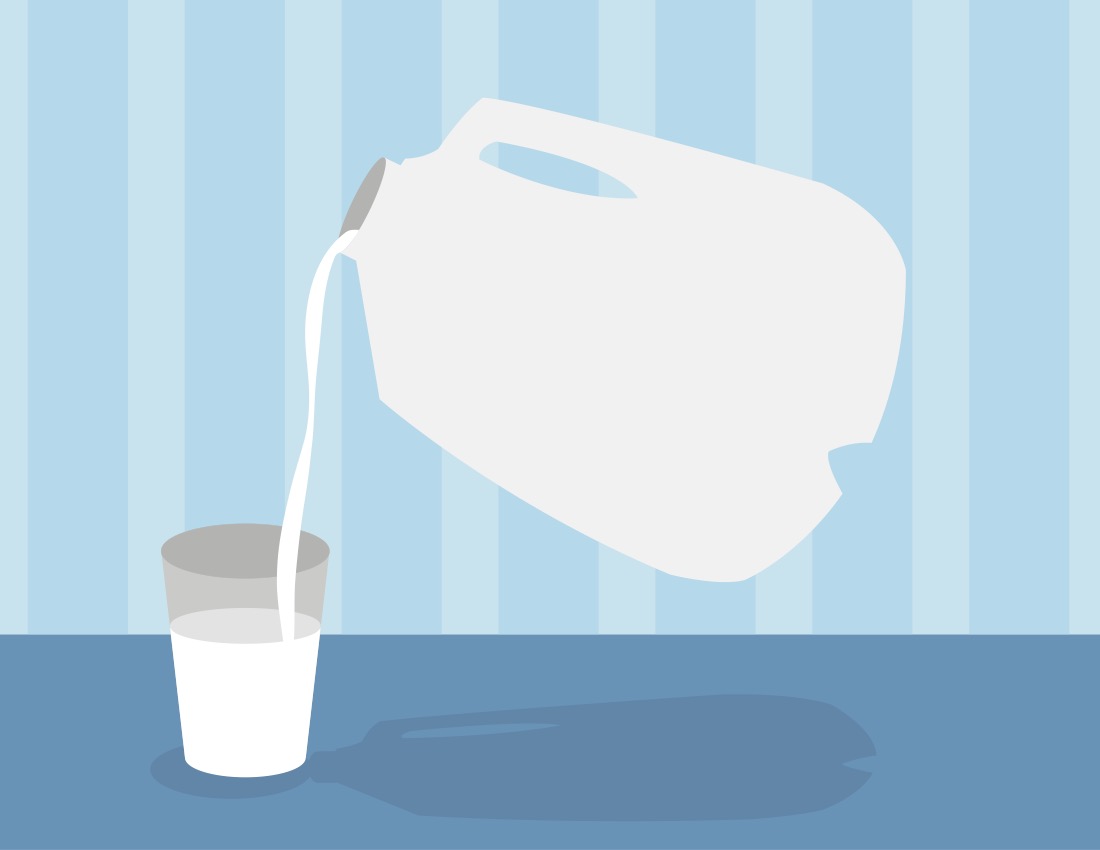 A new wave of cow-less dairy is hitting the market. In the United States, Perfect Day is using genetically modified fungi to produce milk protein for ice cream at a commercial scale. And pre-commercial companies, like TurtleTree and Better Milk, are engineering mammary cells to produce human and cow milk in laboratories, although these remain in the early stages of development.

It might be some time before mammal-less dairy arrives in Canadian grocery stores. But these emerging technologies are part of the fourth agricultural revolution that aims to improve food security, sustainability and agricultural working conditions. With these promises for wins on the horizon, should the diary sector be worried?

As researchers from the Food and Agriculture Institute at the University of the Fraser Valley, in British Columbia, we study food systems in transition. The Fraser Valley is home to 60 percent of BC’s dairy farms, so we’re especially interested in the impacts cellular agriculture might have on the dairy system.

But animal agriculture is facing increased scrutiny, especially around environmental impacts and animal welfare issues. It is a significant source of greenhouse gas emissions, upwards of 16.5 percent of global emissions, by some estimates.

Animal agriculture is also vulnerable to extreme environmental conditions and climate change. Recent flooding in BC killed well over half a million farm animals and threatened to contaminate the sensitive freshwater ecosystems of the Fraser Valley with stored manure and agricultural chemicals. And it’s a known risk factor for zoonotic diseases and pandemics, such as H1N1 or the swine flu.

One way to reduce the risks introduced by animal agriculture is to remove—or nearly remove—livestock from the food production equation. Cellular agriculture uses cell cultures to produce animal products without raising livestock, hunting or fishing. While still in its early phases, this technology could help meet growing demand for animal protein, reduce environmental impacts and address animal welfare concerns.

How does cellular agriculture work?

Cellular agriculture makes biologically equivalent or near-equivalent foods to those produced with animals. This is different from plant-based meat and dairy alternatives, such as Beyond Burgers and oat milk, which use plant ingredients that approximate their non-vegetarian counterparts.

One approach is to use advanced fermentation, where yeasts, fungi and bacteria are genetically modified to produce proteins. The approach is similar to brewing beer, but with highly specialized micro-organisms that follow instructions that have been added to their genetic code.

You may already be eating products created using this technology. Thirty years ago, the US Food and Drug Administration approved the use of a bioengineered form of rennet enzymes, which is widely used in cheese making and replaces the original enzymes which were harvested from calf stomachs.

Today, vats of micro-organisms, genetically modified to carry the appropriate calf gene, supply rennet for about 70 percent of cheese made in the US. It’s functionally identical to the original cheese-making enzymes, but it’s easier, less costly to produce and doesn’t rely on mammals.

Another approach, called tissue engineering, uses cells collected from an animal to grow meat, fish or even leather in a controlled environment. The tissues grow, but in a nutrient-rich broth called growth media in bioreactor tanks.

What is at stake for dairy farmers?

Dairy is an important food commodity in Canada. Over 18,000 farm operators are employed at the roughly 10,000 dairy farms across the country, which together produced 9.5 billion liters of milk and earned farms over $7 billion in 2020.

To meet consumer demand and guarantee a fair price to the farmers, the Canadian supply management system controls dairy production volumes and the number of producers at the provincial level using a quota system. Farmers essentially buy the right to sell dairy products. Dairy farms are capital intensive and farmers often carry large debt loads, making it a difficult industry to enter.

Livestock farmers in BC had an exceptionally challenging 2021. After a summer of encroaching forest fires and a record-breaking heat dome, the year ended with catastrophic floods followed by extreme cold. Fraser Valley farmers were forced to dump 7.5 million liters of raw milk in November when shipping routes were destroyed by flooding, which also killed 428 dairy cows.

Across the country, dairy farmers also dumped milk early in the pandemic—more than 30 million liters in the year ending July 31, 2020, according to one analysis—when demand plummeted due to restaurant closures and other system shocks.

We see animal-free dairy as possibly having some environmental and food security benefits, but with some trade-offs.

If cellular agriculture competes with conventional dairy in Canada, what would the impact be on dairy farmers? What would happen to the cows? To the farms? To the supply management system in general?

Addressing these questions is critical for developing policy that enables transitions to food systems with lower environmental and carbon footprints while ensuring harms and benefits are distributed equitably—what’s known as the just transition.

Much of our understanding of these just transitions comes from the energy sector, where coal mines have closed and oil production is declining as renewable energy becomes more available and less expensive, changing economies and forcing fossil fuel workers to find other work.

Canada recently developed a just transition task force to look for ways to reduce the livelihood disruptions that come with phasing out coal. The federal government has also recently initiated consultations for just transition legislation that would direct resources to communities negatively impacted by the transition towards a low-carbon future.

It’s unclear how soon Canadian dairy farmers will face competition from cellular agriculture, although some have suggested US beef and dairy sector revenues will decline nearly 90 percent by 2035.

Is it reasonable to expect Canadian dairy farmers will make way for cellular dairy? Or is up to policy-makers, industry leaders and food systems organizers to ensure this transition leads to a food system that is more sustainable, but also just?