Farmers have had to throw away their product as restaurants and schools have shuttered. 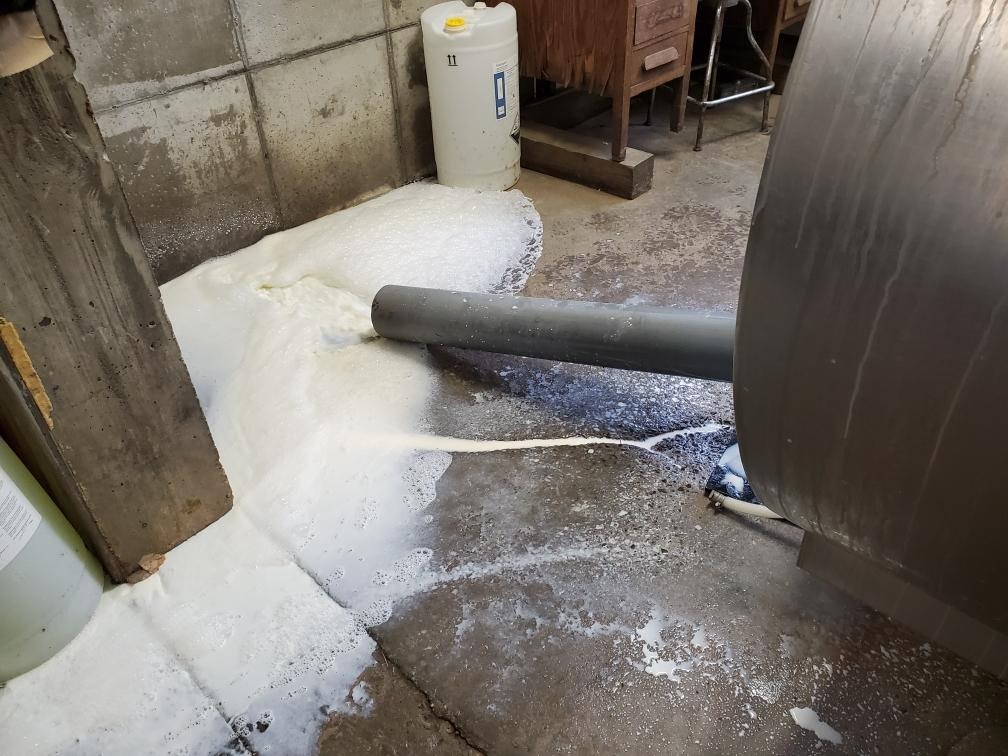 Two weeks ago Patrick Grimshaw got a call from his local cooperative manager telling him that his milk wouldn’t make it to market.

With the onset of COVID-19 forcing the closure of many restaurants, schools, food services and milk processing plants that would usually purchase his product, the Henderson, New York dairy farmer says he the only place he could send his milk was down the drain.

“I was pretty disgusted,” he says. “We’ve been working tirelessly trying to find our milk a home.”

Since receiving that call, Grimshaw says he’s had to dump about 250,000 pounds of milk. Members of the co-op have contacts from the east coast all the way to Ohio, but Grimshaw says it’s been impossible to get anyone to take their milk in the last two weeks.

Grimshaw estimates that by the end of this week he and the 25 members in his co-op will toss nearly 1.2 million pounds of milk.

“Not a bright future for our children,” he says.  “There’s just tighter margins for us…. It’s awfully hard to stay in business when that’s the case.”

Milk dumping is not unique to Grimshaw and his co-op. Many dairy producers across the country have had to dump milk as their traditional markets have disappeared due to the COVID-19 crisis. This coupled with plummeting milk prices have dealt the dairy industry a huge blow. 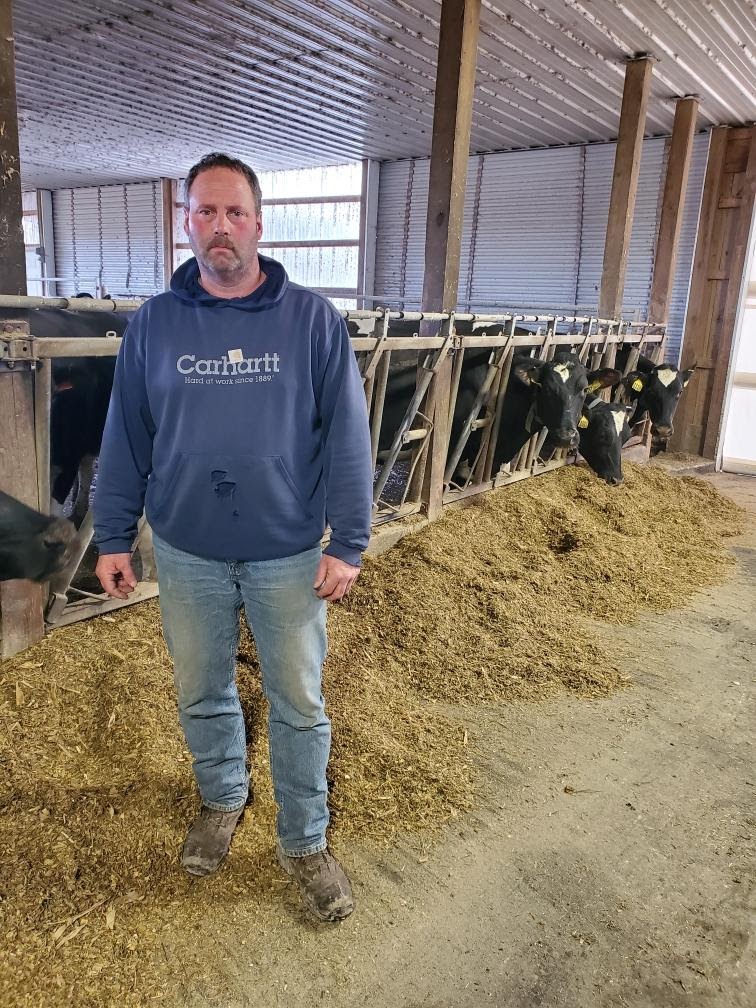 Patrick Grimshaw is one of many dairy farmers across the country, who have had to dump milk.

Since January, milk prices have decreased between 26 and 36 percent, according to the American Farm Bureau Federation. On January 14, 100 lbs of class III milk, which is used to make hard cheeses, had a market price of $17.40, and that amount of class IV milk, which is used to make butter and condensed milk, had a price of $17.84. As of this week, those prices have sunk to $12.80 for class III and $11.15 for class IV.

It might be surprising to consumers that dairy farmers have had to dump their product, considering milk has been flying off the shelves at grocery stores. But the dairy industry relies on bulk orders from restaurants and schools that are now largely closed.

Andrew Novakovic, an agricultural economist at Cornell University says small dairy farms and processors will feel the brunt of the current downturn. “Larger scale farms are a little bit better setup to handle these kinds of disruptions than the smaller guys,” he says.

In March, Congress passed the CARES Act, a $2 trillion aid package that will help ease the financial losses suffered by individuals and businesses during the pandemic. The USDA has not yet outlined how it will be allocating its support through the bill to each sector. However, $23.5 billion has been earmarked for farm relief.

Last week, Farm Bureau President Zippy Duvall sent a letter to USDA Secretary Sonny Perdue calling for the federal government to include all sectors of agriculture in the stimulus package. He asked for direct payments to producers, and recommended setting up a voucher program that would enable the USDA to facilitate the distribution of donated milk through grocery stores since many food banks are not in a position to distribute highly perishable products.

From an economic standpoint, Novakovic says food donation programs could be an effective solution to mitigate the dumping problem and falling milk prices. He says this idea could help address some of the vanishing markets, but it’s important that the USDA acts fast.

“The longer we fiddle around with a solution, the more milk is going to end up in the pits. And it’s not something you can postpone. This is immediate,” he says.

Grimshaw says he hopes that federal assistance is on the way, and that it will offer support for smaller farms like his. If he has to continue throwing away milk over the next two months, he fears he’ll likely go out of business.

If there is anyway to donate to shelters that might be helpful just to avoid the dump. But I would love to buy the milk from them personally. Save the farms!!

That’s being done. Powder plants are running and producing powder. But problems remain. Not all dairy farms are within a reasonable hauling distance to a powder plant. There are also transportation and logistics disruptions and some powder plants are likely already at capacity and can’t take extra milk. We’re in the spring flush now which is the peak time of milk production and therefore the worst time to have market disruptions.

Some stores are having trouble keeping Milk on there shelves. So why do farmers have to waste the Milk?

Dry it, sell it powdered

Where is the federal government? There are miles if lines of people who have lost their jobs and have no money, waiting for food at food banks. American food banks are all fearful that they will run out of supply within a month.
Where is the federal government, the only entity that has the coordinating and financial ability to both buy milk and produce, and distribute it to the 20 million unemployed

Back in the ’50’s in N.S. the farmers that were selling cream to the dairies poured the skim milk into a trough for the cows to drink. “There Bossy put the cream back on it”……….

Our herd-share co-op has considerable volatility, as share holders come and go. But we turn the excess into cheddar cheese, which has a long shelf life, and so we are able to smooth out the volatility fairly well.

WHY CAN’T THE FARMERS DO FOOD PARADES AND DRIVE THEIR TRUCKS DIRECTLY TO NEARBY NEIGHBORHOODS TO SELL DIRECTLY TO THE PUBLIC? MANY PEOPLE ARE IN NEED OF THE GOODS AND IT SEEMS LIKE SUCH A WASTE. PEOPLE NEED TO GET CREATIVE IN TIMES LIKE THIS.

Call out ice cream, yogurt, n cheese makers, who could up their production a bit. Sorry for your struggles