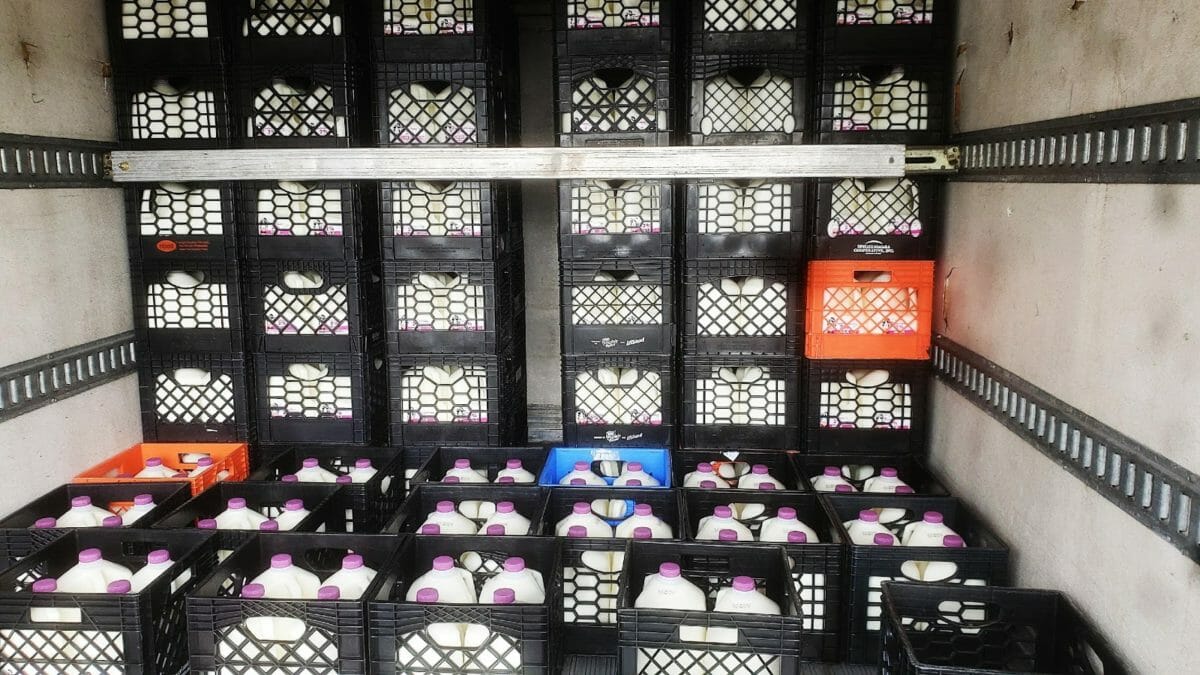 Neil Messick has relied on the support of dairy farmers to keep his family’s business running for decades.

So when he heard producers were dumping their dairy while grocery stores were failing to fill their fridges with milk, he knew he had to do something to help.

“It angered me,” says Messick, who owns farm equipment stores called Messick’s, with a flagship location in Elizabethtown, Pennsylvania. “I don’t understand the grocery stores’ process. Where is the disconnect from point A to point B? Why is it that hard to connect the dots?”

While milk and other foods have been flying off of store shelves, the traditional bulk markets farmers depend on—schools, restaurants and universities—have been closed during the pandemic. As a result, farmers have had to throw out edible produce and dump milk down the drain.

Earlier this month, Messick sat down with his employees to discuss how they could curb the area’s COVID-19 related supply chain issues. He says they decided to call Harrisburg Dairies, a nearby processing facility, and asked if it would ship an order of 500 gallons to his store. Messick gave the majority of the milk to his 230 employees, and donated the excess product to a local food bank.

He says it was “disturbingly easy” for him to coordinate with the processing facility and learned there was a great need for milk at the local food bank in Elizabethtown. Initially, food bank staff told him that they could take 30 gallons, but two days later reached out to him to say they needed 150 gallons because of their demand. Messick then had to order an additional 48 gallons on top of his original 500-gallon request.

The general demand at food banks has shot up along with the unemployment rate, as non-essential businesses have been shut down across much of the country. Twenty-two million Americans have filed for unemployment aid since President Donald Trump declared a national emergency.

Last week, the USDA announced it will provide $16 billion in direct support to farmers and ranchers who have been impacted financially due to COVID-19, but hasn’t been able to give a firm date as to when these payments will happen. It has also allocated $3 billion for partnering with private entities to purchase food. Businesses like Sysco will package and distribute that product to food banks and other organizations that feed the hungry. Out of that $3 billion, the USDA will devote $100 million per month on dairy for these food boxes.

Various organizations have suggested a number of ideas to help get food directly from farmers to food banks. The American Farm Bureau and Feeding America recently called on the USDA to implement a voucher program to directly connect the two in the absence of third parties like restaurants, hotels and other food service businesses that would normally donate their excess product.

The National Milk Producers Federation and the International Dairy Foods Association have asked the federal government to buy dairy products for food banks. Their proposal also includes compensation for farmers who have had to dump milk during the crisis, and loans to allow processors to keep accepting milk when sales are down. They also suggested lifting restrictions on the fat content of milk in federal food programs, as well as rules limiting milk servings at summertime school feeding sites to 8 ounces. 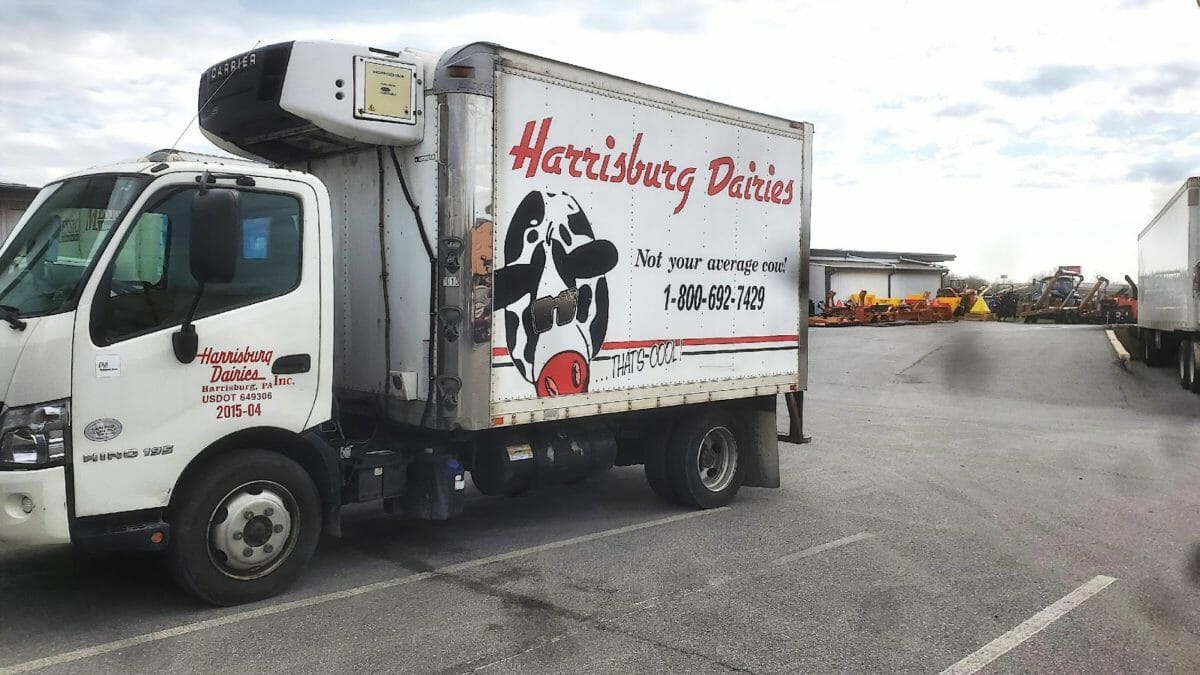 Harrisburg Dairies arrived with a shipment of milk to Messick’s on April 9. Photo courtesy of Neil Messick.

Bill Cressler, the general manager of Harrisburg Dairies, where Messick bought his milk from, says it’s been difficult generally for him to source his product and navigate sudden changes to the supply chain.

“I’ve never seen anything like this in my lifetime. Never, nor did I ever think I would,” he says. “And, you know, I think this is all foreign territory.”

At the beginning of April, two weeks after schools and restaurants closed their doors in Pennsylvania, the 29 farmers who ship their dairy to Cressler’s facility had to collectively dump 100,000 gallons of their milk and cream. Harrisburg Dairies has also gradually decreased weekly production from an upwards of 200,000 gallons to 125,000 gallons, but he says he hasn’t had to tell farmers they need to dump since that initial week.

This is because he’s received a handful of new contacts since word spread about Messick’s purchase on Facebook. The new contacts have been able to help chip away at his facility’s stock by purchasing and similarly donating portions to nearby food banks. “By trying to do what he could to help, he’s definitely, you know, motivated some people to try to think outside the box,” Cressler says of Messick.

Cressler says he’s optimistic that circumstances will continue to improve, because he doesn’t want to think about what the impact will be on business if it doesn’t. Meanwhile Messick says he’s prepared to put another large order in once his staff runs low on the milk they’ve been drinking.

“We saw there were a lot of different places the milk was able to go to quite easily… you help the farmers you help the community and you help our staff at the same time,” he says. “We’re close to a lot of these people and any difference we can make is huge.”

Great story. We need more of this kind of innovation and collaboration. Sometimes we just need to connect the dots to solve problems.