MIT Is Getting Closer to Cereal Crops That Require No Fertilizer

Grain crops that don’t need fertilizer are the holy grail. It seems within reach. 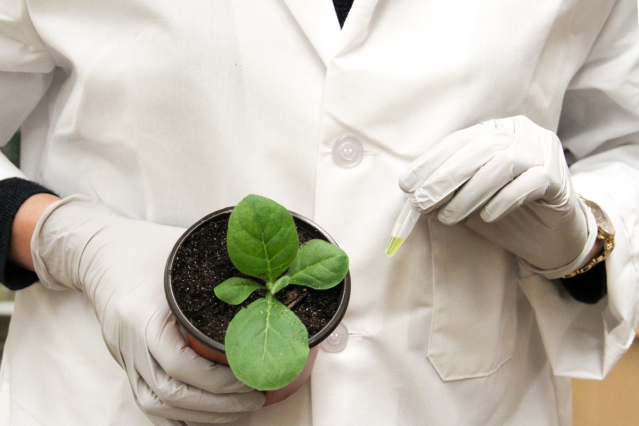 A fundamental problem with cereal crops—rice, wheat, corn—is that they, unlike some other crops, need a whole lot of fertilizer to grow properly.

Fertilizer has serious environmental and energy problems associated with its use. To help address that problem, there are lots of possibilities: crop rotation, simultaneous growing of other crops, that kind of thing. But over at MIT, they’re working on the holy grail: cereal crops that make their own fertilizer.

The key ingredient in most fertilizers is nitrogen, which super-powers growth of plants. A few plants, most notably legumes, can fix their own. “Fix” is the term for the action of grabbing nitrogen from the air and making it available in the soil for use. Legumes do this with some bacteria that live in knobs on the plants themselves, but cereal crops can’t do that. So cereal crops—by far the most commonly grown crops in the world—drain the available nitrogen from the soil, then are thirsty for more, which is applied in the form of fertilizer.

But actually producing fertilizer is extremely energy-intensive, requiring lots and lots of fossil fuels, especially natural gas, which is not ideal. Plus, the application of fertilizer is rarely efficient, leading to the runoff of fertilizer into bodies of water—also not ideal.

At MIT, the Voigt Lab—named for its leader, biological engineer Christopher Voigt—has been working to create cereal crops that work like legumes, to fix their own nitrogen. But transferring those bacteria, or their effects, from legumes to cereal crops is incredibly complicated and difficult, laden with obstacles.

MIT announced this week that the Voigt Lab has successfully transferred some of the vital structures within the bacteria’s cells, avoiding the possibly insurmountable problem of transferring the entire bacterium. The researchers are quick to note, though that this is “just one step, although a large step” to creating a nitrogen-fixing cereal plant. Each specific strain of each cereal crop is different; each specific nitrogen-fixing bacterium is different. But their work shows serious progress towards this goal.

Even on top of the environmental and safety applications, a nitrogen-fixing crop would be able to be planted in soils normally thought of as too nitrogen-poor to be worth bothering with. Theoretically, this could open up the world: less fertilizer, and more crops.

A symbiotic relation that legumes have provides the plant with fixed nitrogen but this is not free nitrogen. The plant has to give up energy to feed the bacteria. Cereal crops provide us with a lot of carbohydrate energy.Will cereal crops yield the same if they end up giving up a significant amount of energy to feed the nitrogen fixing bacteria?

This doesnt fix the problem of depleted farm land. Nitrogen is only a small part of what plants need and a small part of our Ag problems. Manganese, chromium, iron, calcium, potassium, phosphorus, zinc, copper, silicon, molybdenum, etc are all severely depleted in our farm soils. They would do better to work on ways of fixing this depletion.

I want to do farming in new way that means profitable crops by using successful methods ,i need support in advising ,iam very much interested in plantation from my child hood ,my children settled so i got time to start up to full fill my goals that agriculture is not as bad as everyone think plz give suggestions , from the related
Thank you
Vvns padmavati

THANK YOU FOR NOT LEGITIMIZING THE GROUPTHINK OF CROP SCIENTISTS