No One Believed Me - Modern Farmer
Immigration, Labor, MeToo

No One Believed Me

A portrait of a female farmworker. 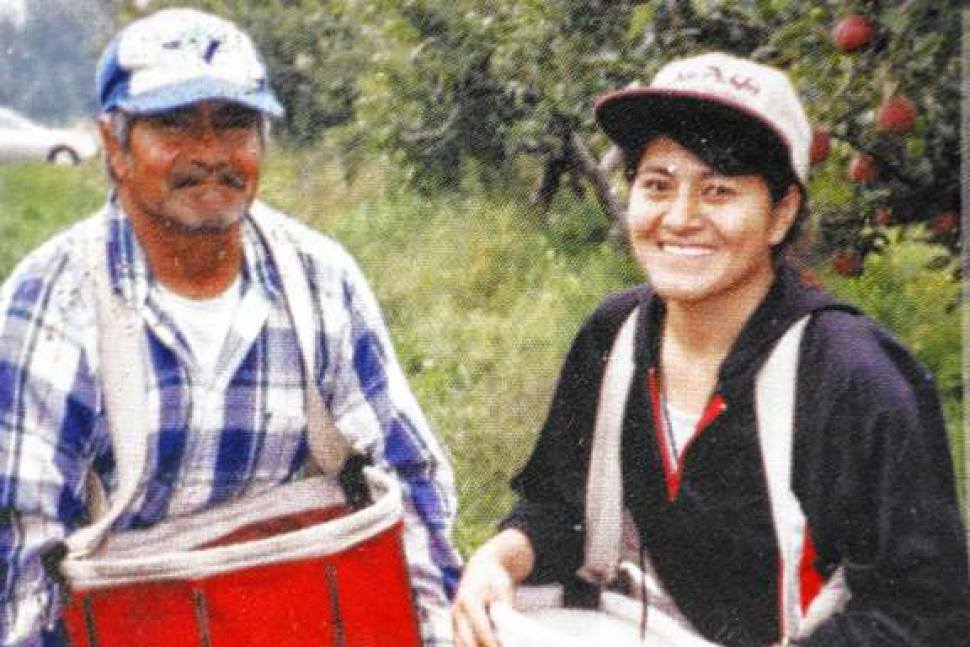 Librada Paz can’t remember if it took five or six days to walk across the border. Her memories of feeling scared, confused and tired are opaque, but the words she repeated during the walk are clear: ‘It has to be better. We are risking everything, so when I get there it has to be better.’

Even clearer in Paz’s memory is what got worse when she made it into the United States. Within two weeks of her arrival, Paz suffered what would be the first of many sexual assaults.

The Department of Labor estimates that Paz and the millions who have migrated north in search of economic opportunity or an escape from injustice comprise almost half of the agricultural workforce in the US. Many of those farmworkers have experienced substandard and exploitative living and working conditions, not equality and freedom that the American Dream so excellently and deceptively advertises.

The sexual abuse Paz survived as a farmworker is also a common experience of this demographic, as is the silence and shame that often accompanies it. Paz, however, didn’t follow a typical path through her sadly typical travails; her unwavering hope and determination enabled her to escape these conditions while remaining involved in remediating them.

Paz was born in San Juan Mixtepec, a city in southwestern Mexico. By age 12, she was working and living alone and feeling pressured by her parents to marry. Her parents couldn’t afford to pay for her education.

“I wanted to be more than a wife. I knew I could be somebody someday and that is why I left,” Paz says. “Ever since then, I never let things stop me.”

So, three years later, when Paz and her older sister had the chance to come to the US—although reluctant to leave all with which she was familiar—she felt she had no other choice.

From the border, Paz and her sister made their way to Ohio, where they joined their brother as farmworkers picking tomatoes in the 1980s. She says she remembers that in the summer she would have to pick tomatoes all day and pack them in the evening, coming home really late at night. The living conditions, Paz recalls, were even worse than the working ones. She lived in a trailer with 12 other people—men and women—with no privacy, and she had to walk outside to use the bathroom and shower.

It was there, in Ohio, at 15 years old, that Paz says she was first sexually violated.

Paz and other workers took turns sleeping on one mattress on the floor. She still cringes at the memory of sharing these small spaces with older men who would grope her and try to have sex in the night.

“I just arrived and I had no idea what was going on or even where I was,” she says. “I was shy, young and confused. I didn’t know if there were rules. I couldn’t tell anyone, not even my sister. How could I complain? I was afraid and ashamed.”

Isolation and sexual abuse are common experiences for farmworkers. The majority of farmworkers live and work in rural areas without access to transportation or an understanding of US sexual violence and labor laws.  A Community Alliance for Global Justice report found that 90 percent of female farmworkers have said sexual assault is a major problem in the workplace. Until June of this year, in New York State, farmworkers were excluded from federal and state labor laws that protect all other workers’ rights to collectively bargain, a day of rest, overtime pay, injury and unemployment compensation.

The threat of unemployment or deportation as a consequence of vocalizing discontent or abuse looms heavily for the estimated 1.5 million to 2 million undocumented farmworkers in the US.

Paz recalls one particularly traumatic night when she says a crew leader from the farm on which she worked took her to an abandoned field and attempted to rape her.

“The place he took me, it was such a lonely place,” Paz says. “No one was living there, nothing was nearby. Even if I screamed, no one would hear me.”

Paz resisted his attack by kicking and punching her abuser until he grew frustrated, relented and let her go.

Paz was unable to look anyone in the eye for the months she continued to work under the supervision of her assaulter. She says she didn’t tell anyone about the attack because she felt embarrassed, guilty and scared that, if she reported her abuse, her employer would contact the police and immigration services. Paz worried that this would expose her coworkers, the majority of whom were also undocumented and fearful of deportation.

At the end of that harvest season, she migrated from Ohio to western New York with the hopes that a change in scenery and employer would translate into a change in living and working conditions. But when a relative of Paz molested her within the first months of arriving, Paz, who had grown tired of the silence, decided to try speaking out.

“No one believed me,” Paz says, crying. Even her sister thought she was lying.

Paz says the promise of one day returning to school to finish her education kept her going. “It was those yellow buses,” she says, referring to the school buses she could see from the fields where she worked. “Seeing those every day kept me and my dream to go back to school alive.”

Paz’s family discouraged her from leaving farm work for school. She was determined nonetheless. Paz found a man “who said he loved me,” moved into his apartment and enrolled in a local Rochester high school. Eleven years later—the entirety of which she continued working as a seasonal farmworker—Paz had a degree in mechanical engineering from Rochester Institute of Technology, a ten-year-old son and the confidence to express her frustration with the endemic exploitation and sexual abuse of farmworkers.

“I have seen farm owners fire and hire workers every season like they are just machines,” Paz says. She feels fortunate to have not experienced worse. She knows women farmworkers who have died as a result of the sexual abuse they endure on farms. 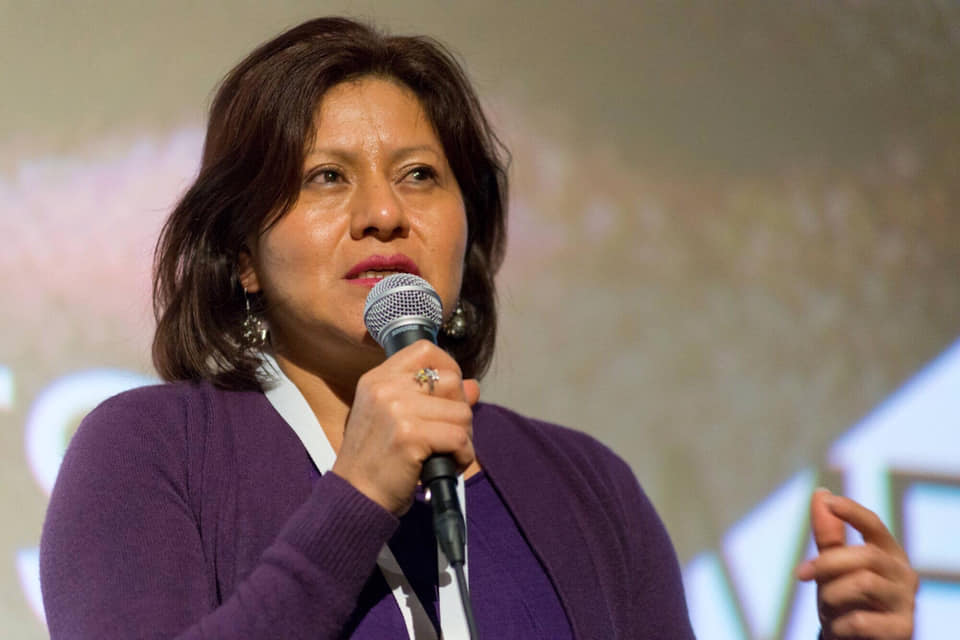 Paz has since become an advocate for other farmworkers, working with groups such as the Rural & Migrant Ministry. In her last years of university, Paz worked as a translator between farmworkers and farmworker rights advocates and activists. Through that experience, she learned about farmworker justice groups she was previously unaware existed. She says the biggest problem is that farmworkers simply don’t know there are laws that can protect them. “We feel so alone and we just don’t know anything about where we are,” she says.

Paz recognized a need for rights awareness and education on farms, so she led “know your rights” training for farmworkers and started lobbying the government to pass legislation protecting farmworkers. In 2012, Paz was awarded the RFK Human Rights Award for her work.

Today, at 45, Paz still lives in Rochester with her seven-year-old son. Her eldest, now 25, is a US Marine stationed in Yuma, Arizona. Despite awards and a lifetime of experience, Paz’s motivation for doing what she does remains modest: “I thought I could educate people through my experience and maybe impact one or two people once [in a] while,” she says.

Throughout Paz’s winding story of migration, followed by years of exploitative labor and sexual abuse, and now, in her current capacity as a spokesperson for farmworkers, she speaks animatedly and categorically, never hesitates and needs no prodding to share. Paz’s refusal to be silenced again sends vibrations loud enough to reach that man in that dark, empty field 30 years ago.

Olivia Heffernan is a journalist and documentary filmmaker whose work focuses on labor organizing, immigration policy, prison abolition, as well as the intersection of all three. She is a graduate of Columbia’s School of International and Public Affairs (SIPA) and her work has been featured in The Nation, Jacobin, The Marshall Project, The Appeal, NY Daily News, Brooklyn Eagle and more.

Great piece for a great person, but it understates Librada’s role in getting New York to enact landmark farmworker rights legislation this year after decades of struggle.

I admire Librada for her strong spirit but also for her humility, gif her determination and for her generosity, she’s an inspiring woman and a great witness for everyone not just Farmworkers but for the poor, the oppressed, the marginalized.

Modern farmer,Librada Paz migration revaltion is a good example and experience in the so called modern or highly advanced technology.Asthe human race since beginning of evolution, survival of the fittest holds,in this e_era This type of suppresd or depressed human trafficking is continuing till today. One can have human dignity can be held upby bringing good legislation in the universe.

Popular
The Potential of Propolis for BeekeepersHolly Regan
7 Smokable Plants You Can Grow That Aren’t MarijuanaBrian Barth
Yes, the Government Really Does Stash Billions of Pounds of Cheese in...Emily Baron Cadloff
How to (Actually) Get Rid of Fruit FliesEmily Baron Cadloff
What to Do With an Abundance of PeppersShelby Vittek
Explore Modern Farmer
Related
Plants
Why You Should Grow Almonds and Thyme TogetherShea Swenson
Environment, Plants
Making the Case for IntercroppingShea Swenson
MTMF
Meet the Modern Farmer Helping Immigrant Farmers Sell Their ProduceBridget Shirvell
Animals, MTMF
Paddleboarding Goats Make a Splash on Prince Edward IslandNoah Lederman
wpDiscuz
We use cookies on our website to give you the most relevant experience by remembering your preferences and repeat visits. By clicking “Accept”, you consent to the use of ALL the cookies.
Cookie settings ACCEPT
Privacy & Cookies Policy