A tough task, but hopefully a delicious one. 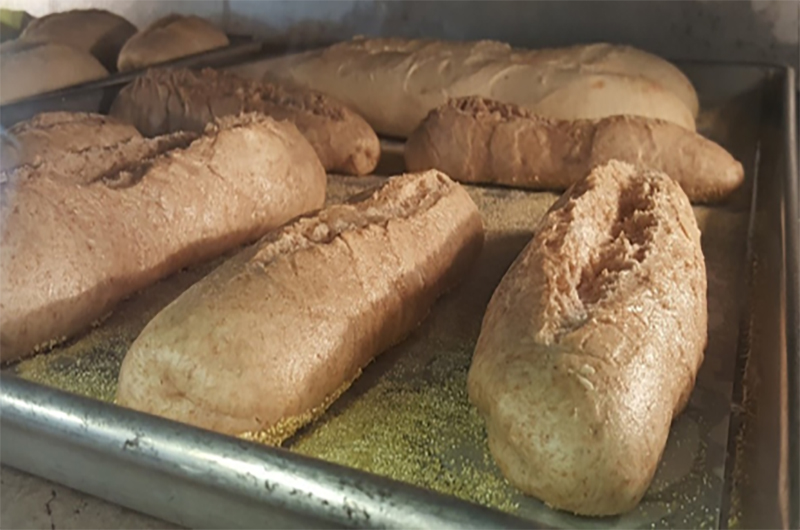 Philadelphia cuisine is famous for its sandwiches.

There’s really only one thing that all sandwiches have in common, and that’s bread—in Philly, often a classic hoagie roll. Philadelphia’s sandwiches are legendary, but nobody would accuse them of being healthy. A collaboration between the Philadelphia Department of Public Health, Drexel University, and perhaps the city’s most famous bakery is trying to change that.

While salt has become less of a concern in recent years than it was in the 1990s, an excess of sodium can still be a problem. High sodium intake can lead to increased blood pressure, heart disease, and kidney problems. Philadelphia has a very high rate of high blood pressure compared with other large cities; of the six most populous cities in the country, Philadelphia ranks dead last, according to the Centers for Disease Control and Prevention.

One of the lesser-known sources of sodium might, according to this new study, be those classic hoagie rolls. A six-inch hoagie roll contains 300 to 400 milligrams of sodium each, and, well, hoagies are usually closer to ten inches long. That’s just the bread itself; Philadelphians could be getting as much as half of their day’s recommended sodium just from the bread in one meal’s sandwich.

One possible solution comes from this project, which combines local government, a local university, and Amoroso’s Baking Company, which supplies the rolls for most of the city’s best hoagies and cheesesteaks. The task to make a low-sodium bread isn’t an easy one; salt plays a role in the texture as well as flavor of risen breads. Drexel University made sure to test each version of the lower-sodium roll, to ensure that it actually tastes good.

The project ended up with a roll with more whole grains and 40 percent less sodium. The response was good enough that the city of Philadelphia began to buy those for its public schools. Amoroso’s has also said that it will begin applying the new formula to other breads, as well.

Any quest to reduce the salt intake of Philadelphia’s cuisine is going to be particularly difficult. Prized delicacies—the soft pretzel, potato chips, the stromboli—are all very high in sodium, which is, of course, a large part of why they taste so good. If the project can succeed in reducing the sodium content of these foods, Philadelphia could be on its way out of last place in the rankings of big city blood pressure.