Could Fish Poop be the Answer to Puerto Rico’s Food Sovereignty Problems?

A new hurricane-protected aquaponics facility is hoping it can make the island less dependent on imported produce. 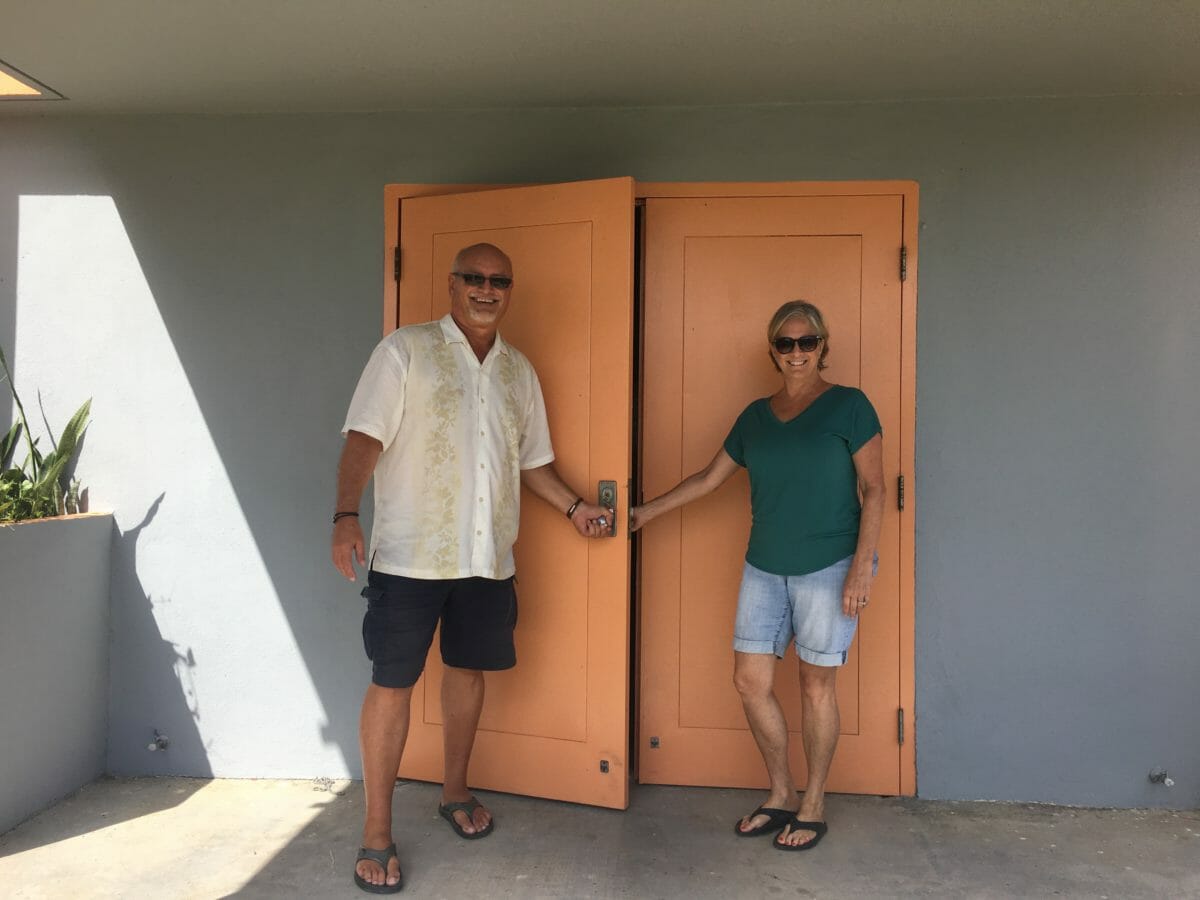 Steel-reinforced concrete and fish poop may hold the secret to some of Puerto Rico’s agricultural woes.

When Hurricane Maria ripped through the island in 2017, it devastated the island’s farms, wiping out 80 percent of its crops. Many of the affected farms have struggled to rebuild, exacerbating the long-standing problem that Puerto Rico imports a majority of its food.

A new hurricane-protected aquaponics farm hopes it can provide a model for the future of Puerto Rican farming, and in doing so make the island less dependent on imported food. Kendell Lang and Lisa Jander have opened Fusion Farms in a deserted concrete building that has withstood tropical storms and hurricanes for decades.

“Traditional agriculture is not without risks,” said Lang. “So what we’re attempting to do is take as many of those risks out of the equation as possible to ensure as viable and consistent a production as possible over 365 days a year.”

Aquaponics differs from hydroponics as it cycles water between plants and tanks where fish live. The fish feces in the water provide nutrients for the plants and no external fertilizers are added. Hailed as the future of farming in places with a lack of farmable land, controlled environment aquaponics uses much less water than traditional agriculture and can grow at least six times more produce.

“It’s not a magic bullet to solve the challenges of population growth and the need for food supplies,” said Lang. “But it certainly is a huge piece of the puzzle… in many places around the world.”

This spring, the Puerto Rican government announced it was disbursing $16 million in incentives to farmers using hydroponics and aquaponics.

Fusion Farms received a $250,000 grant through this program. The farm is currently growing its first crop of basil, mint and microgreens, and aims to start producing leafy greens and vegetables by the end of the year.

Lang said it’s important that these facilities are built within concrete walls to protect them from future storms. 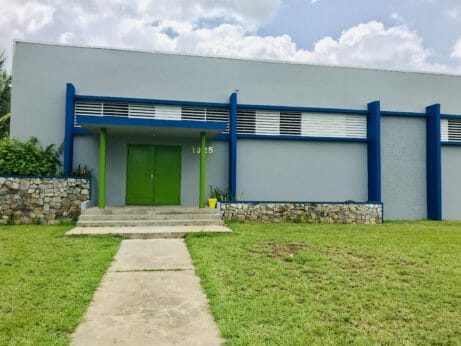 Angel Velázquez Martínez knows this lesson well. He started his aquaponics farm outdoors six years ago and lost everything when Hurricane Maria hit.

He has since rebuilt his farm with the help of a $9,000 loan through nonprofit Kiva and had his first harvest in June.

Velázquez Martínez said in an email that aquaponics is a great option to produce large quantities of excellent quality food.

“There is no doubt that we can reduce the dependence on food imports and be able to consume fresher products with more nutrients harvested on our island,” he said.

He is hoping to move the farm inside in four or five years to protect it from storms. 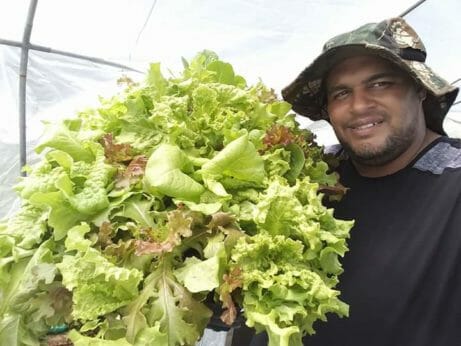 Fusion Farms has launched a “community training room” where schools can bring classes to learn more about aquaponics. The company has options on ten different buildings to potentially grow, but Lang said he is also looking to educate and inspire farmers to consider replicating what he is doing. Lang said Puerto Rico’s food sovereignty problems will not be solved by any one company, and he hopes farmers will take note and consider indoor aquaponics.

“It’s the first of what we hope will be hundreds of similar solutions across the island,” he said.

“We’re not building proprietary technology or creating patented products. That’s not the business plan at all. What we’re doing is creating a financial model that can be replicated by anyone.”

Lang added he does not expect the island’s recent political upheaval to affect Fusion Farms.