Finding Berlin’s wild side in its parks, not its clubs. 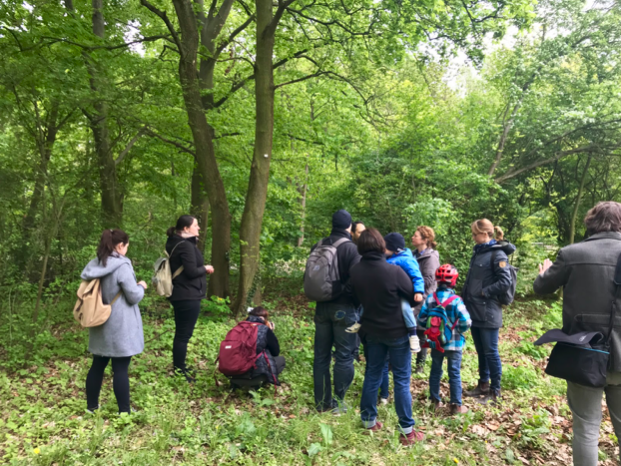 From March to May, the leafy corners of Berlin’s larger parks appear to be coated in a thick dark-green grass, which more industrious flâneurs might be seen cutting by the bagful. This is Bärlauch, or bear’s garlic, a wild edible that grows abundantly here and is well loved in pestos, omelettes and truly delicious compound butter. But for many in the know, it’s just one of many comestible and medicinal plants that grow in this verdant city, where 13 percent of the landmass is public green space and another 18 percent is covered by forest. “What’s really important for foragers here is that we’re literally surrounded by wild plants,” explains Jonathan Hamnett, the largely self-taught founder of the one-man tour group Grunewald Foraging. “Wild rocket grows out of the pavement, and we’re surrounded by sea buckthorn.”

Hamnett is a decade-long Berlin resident from Britain who made his way into the foraging tour business in 2014 while working at the nonprofit urban eco-garden Prinzessinnengärten in the middle of trendy Kreuzberg. From spring through fall, he leads English-language groups of neophyte foragers to the edge of the Brandenburg border to hunt for miner’s lettuce, mushrooms and wild herbs. For his own dinner table, he forages throughout the city. Starting with two beautiful mulberry trees, there’s no better place to “train the eye” than the former train depot Schöneberger Südgelände, which is a legacy of this once-divided city, disputed between East and West, says Hamnett. It was subsequently closed to all and largely untouched until 2000, when it was converted into a nature reserve that’s home to 95 types of wild bees and 350 plant species. 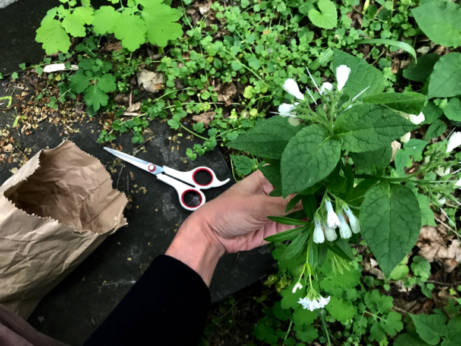 Elsewhere, Hamnett won’t reveal the exact location where he reliably finds morels every spring, except to say that it’s a lone wood-chipped flower bed close to his apartment. And the most surprising wild edible he has ever found? Goji berries in winter, along the Berlin canalways, which differ very little in their active compounds from the cultivated species. “To find out that they’re everywhere was pretty startling,” he says, “and nobody ever lets on or talks about it.”

This restraint seems common among the city’s many foragers, though it doesn’t belie illegality. On one hand, German species-protection law generally prohibits the removal of wild plants. On the other hand, the Handstraußregelung, or hand-bouquet regulation, subverts this, permitting small amounts of wildflowers, grasses, ferns, mosses, lichens, fruits, mushrooms, tea herbs, medicinal herbs and wild plant twigs to be taken for personal use from anywhere in nature that isn’t subject to a ban on entry, like your neighbor’s yard. This might explain why baskets spied on the laps of mushroom hunters who return by bus from autumn outings in the city’s Grunewald forest are so small. 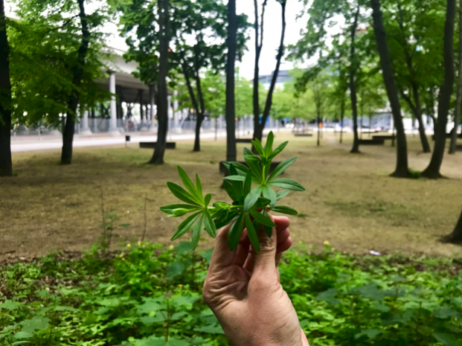 Nonetheless, Berlin’s restrained foragers encourage one another, as well as newbies. The Berlin-based organization Mundraub — cheekily, “mouth robbery” — runs an online community-sourced map that lists hundreds of cherry, apple and hazelnut trees and wild herb sites in Berlin alone. For those who aren’t ready for DIY, the group also leads seasonal tours in parks like Plänterwald, better known as the home of Spreepark, a long-abandoned amusement park in East Berlin. Mundraub’s unique data, which pinpoints the city’s wild edibles and medicinals, has proven fruitful in other ways, with one academic paper reporting a notably higher concentration of fruit trees in former East Berlin than in the West. An additional study connects this analysis and the ongoing prevalence of Berlin’s contemporary foraging to the German Democratic Republic’s Sammelstelle, or collection points, where foragers of a very different era could drop off medicinal plants for a bit of extra money.

Mundraub’s painstaking map also makes it easy for committed newcomers to find waldmeister and comfrey in a tiny park behind Berlin’s central station and a hazelnut tree around the corner, but not without reminders all over the organization’s site to take care of, share and tend to wild finds. Even with the most stringent adherence to the hand-bouquet regulation, the city is growing and, paradoxically, its array of wild edibles may fare best with a bit of nurturing. Clearly, evidence that East Berlin needs its fruit trees more than the West and tends to them better is still visible today, and this legacy of care, like foraging itself, persists long past reunification.

Popular
7 Smokable Plants You Can Grow That Aren’t MarijuanaBrian Barth
New Solar Panels Allow Farmers to See the LightNaoki Nitta
6 Differences Between Llamas and AlpacasAndrew Amelinckx
The Cold Swim HomeMarcie Callewaert
Goat Sex: Everything You Wanted to Know But Were Afraid to AskAndrew Amelinckx
Explore Modern Farmer
Related
Lifestyle
Do You Know the History of These Popular Farm Idioms?Marissa Conrad
Lifestyle
A Bitter Harvest: Inside Japanese-American Internment Camps During World War IIDavid Mas Masumoto
Lifestyle, Politics
Putting Down Roots: The Refugee Gardens of Clarkston, GeorgiaBrian Barth
Food & Drink
Canned: A WWII-Era Community Cannery Hangs on in Rural VirginiaAndrew Jenner
wpDiscuz
We use cookies on our website to give you the most relevant experience by remembering your preferences and repeat visits. By clicking “Accept”, you consent to the use of ALL the cookies.
Cookie settings ACCEPT
Privacy & Cookies Policy