Do You Know the History of These Popular Farm Idioms? - Modern Farmer
Lifestyle

Do You Know the History of These Popular Farm Idioms?

"Don't have a cow" has been around for far longer than Bart Simpson. 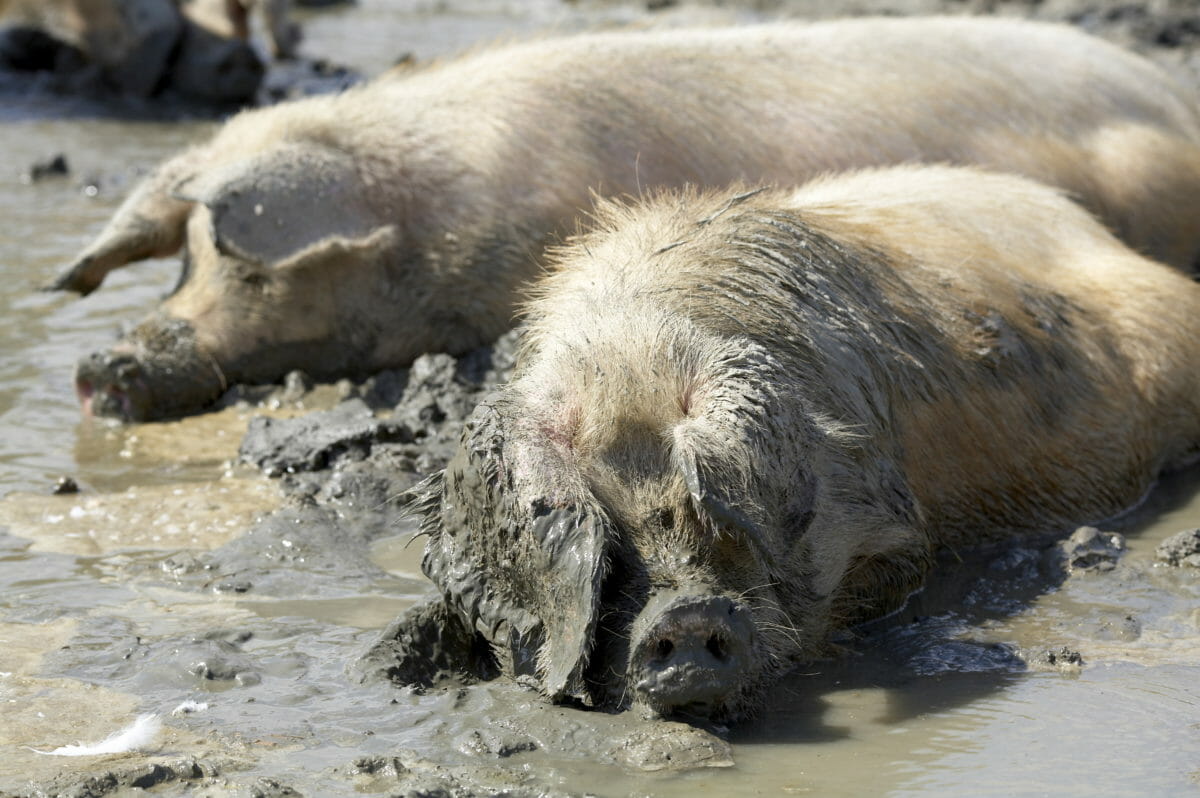 Do you know where the phrase "happy as a pig in mud" comes from?
Photography By aaltair / shutterstock.com
Share
Tweet
Pin
Email
413 Shares

Sure, we all know why “separate the wheat from the chaff” means dividing bad from good, but some of their other finds are fascinating. For example, did you know that examining an animal’s teeth could be considered rude?

The dictionary assures us that this phrase predates Bart Simpson. It’s been in use since the mid-1900s and actually originates from a British expression, “to have kittens,” which indicated nervousness more than anger. Maybe cows are more rageful than kittens? Hmm.

Don’t look a gift horse in the mouth

Definition: To look in a critical way at something that has been given to one

The first known use of this idiom was in 1549, based on the idea that looking closely at a horse’s teeth could be considered rude, since that would reveal its age. Probably ruder with a person, but you get the idea.

Definition: Used to say that one thinks that something will never happen

Why this means what it does seems obvious – your pig will literally never fly – but why pigs, specifically? Why not any other animal flightless animal? The dictionary doesn’t get to the bottom of this, unfortunately, but does find that this idiom used to be quite specific. In writings from 1581, the phrase was “when pigs fly with their tails forward.” We guess technically that would be even less likely than pigs flying in general, but it seems like an unnecessary add.

Definition: To keep talking about a subject that has already been discussed or decided

“There is no linguistic evidence, we are happy to report, suggesting that this idiom has any sort of literal roots,” Merriam-Webster writes. Phew. This one remains a mystery, though inexplicable dead horse idioms were once a thing, apparently: Also for unbeknownst reasons, there are multiple examples from the 17th century discussing flatulence via dead equine. For your enjoyment, now-odd-seeming 1600s spelling included:

“One may gett a fart from a dead horse, as soon as a farthing from him.” – James Howell, Paroimiographia Proverbs, 1659

This story we published in 2014 will tell you the tale of Mike the Headless Chicken, who lived for 18 months after his decapitation. That, of course, is not the norm; this saying comes from a more common result of a chicken beheading – if you aim the hatchet too high, the brain will be sliced in a way that the bird can still run around for a few seconds after the kill. In the 1800s, a writer for the New Orleans Times-Picayune compared a person hopping around excitedly to a floundering headless bird, and an idiom was born.

Talk the hind leg off a donkey

Definition: To talk for a long time

You can basically use any animal you want with this one, including a horse (though not a dead one!). Some usages discovered by the dictionary sleuths:

“He would not weary them like his friend old Tower, who would talk a horse’s leg off – (renewed laughter) – but would simply second the amendment.” – The Exeter Standard (Colchester, Eng.), 6 Dec. 1850

A hard row to hoe

Definition: Something that is difficult to do or deal with

Again, pretty obvious to anyone who has farmed, referring to hoeing a row of crops. But the clueless among us incorrectly say this as “a hard road to hoe,” which stuck after a satirist in 1840 misused the phrase when trying to mock Martin Van Buren. Though, a road would be much harder to hoe than a row…

Happy as a pig in the mud

Another day, another pig idiom. What we love about this one is how many variations on “mud” there have been over the years, based on all the things that make pigs happy. Sub in “muck,” “puddle” or even “clover” and this phrase means the same thing. Pigs, always happy! We should all learn from them.

Merriam-Webster also put together this fun quiz of farm idioms, if you’re up for it. Good luck!

This is really interesting. Learning a lot