The play, directed by Masterson and written by Jeremy Davidson, premieres at the Brooklyn Academy of Music on April 10. 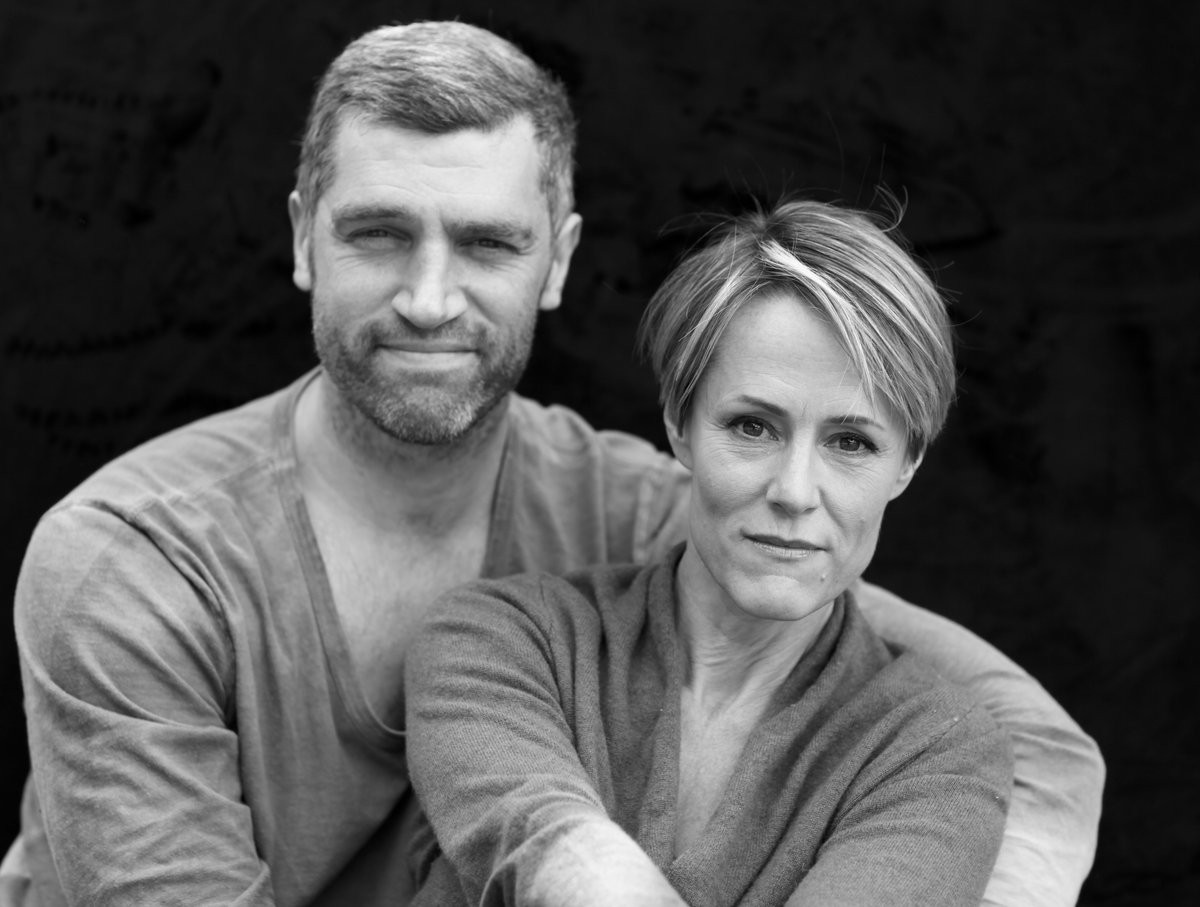 Good Dirt, written by Davidson (Salt, Windtalkers) and directed by Masterson (Fried Green Tomatoes, Benny & Joon), is an hour-long documentary play featuring 14 actors who portray six real farm families from New York’s Hudson Valley. The show, which premieres at the Brooklyn Academy of Music on April 10, is based on conversations the couple have recorded with farmers over the course of nearly two years, mostly near where they live.

“When we first moved to the Hudson Valley full-time, we were so impressed with how interesting our neighbors were,” Masterson tells Modern Farmer. “I was always interested in agriculture – small-scale sustainable agriculture in particular – and our neighbors are basically in that business. Good Dirt focuses on the challenges farmers face in just surviving in a modern world that doesn’t always think that is a priority.”

“Sustainability is something we’ve taken an interest in,” says Davidson. “The urbanization of our culture disconnects us from our food sources in very real ways. It felt like an amazing opportunity to meet these people, walk their farms, and see the philosophies with which they are living their lives.”

Masterson calls the piece “a tapestry of what it means to be a small-scale American farmer.” Each of the six stories focuses on the different challenges of farming, from financial issues to pestilence to the problem of succession told through “very intimate family stories” in the words of Davidson.

The farmers portrayed include Nestor Tello, a Colombian-born chicken farmer (two actors portray him; one reading in Spanish, the other English); Ken Greene, founder of the Hudson Valley Seed Library; Richard and Jane Biezynski of Northwind Farm; Larry and Ann Cihanek of Green Goats Farm; Brian, Justine, and Maggie Denison of Denison Farm; and Leah Penniman and Jonah Vitale-Wolff, and their two kids, Neshima and Emet, of Soul Fire Farm. 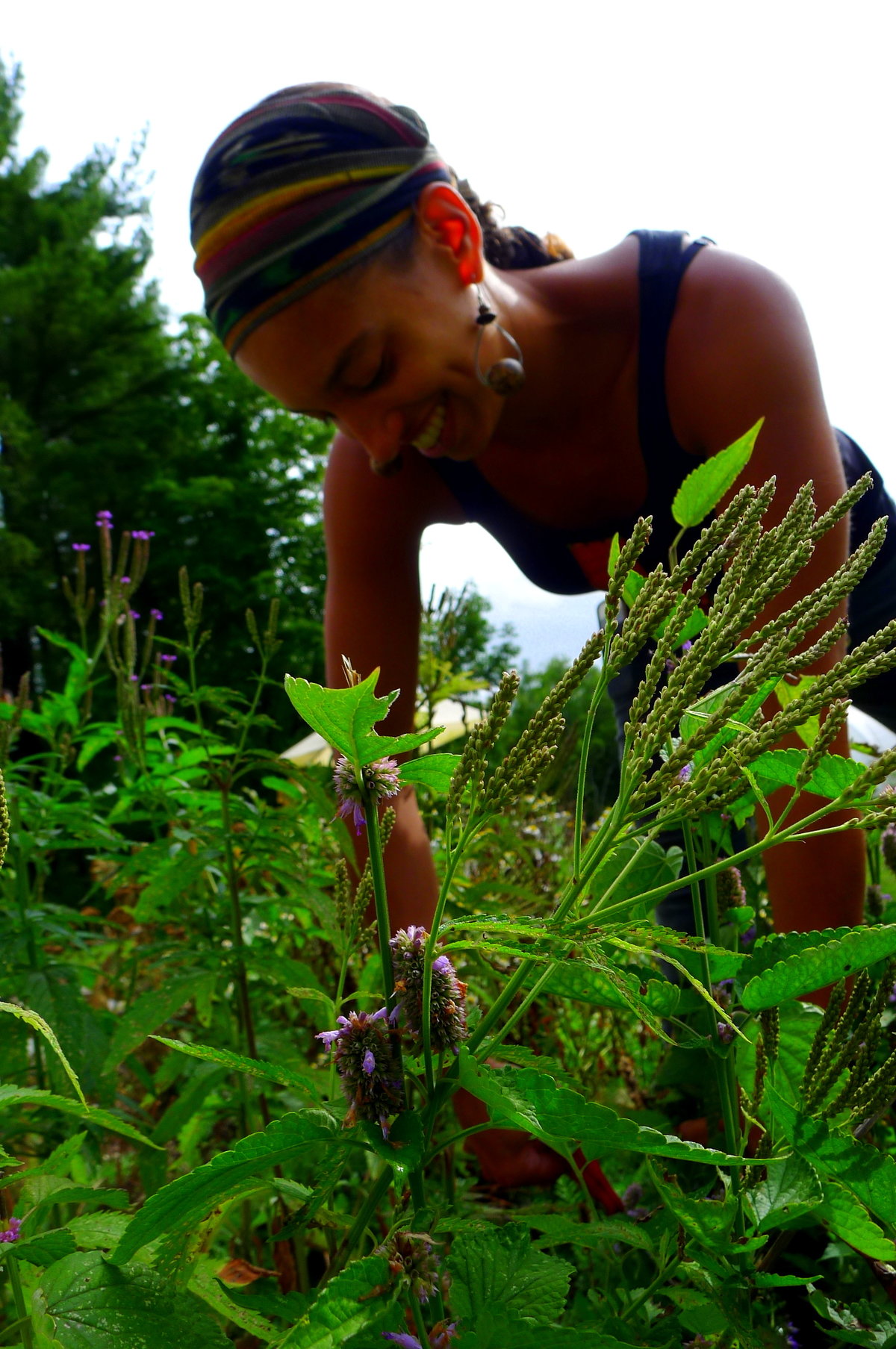 Among the actors portraying the farmers are Stephen Lang (Avatar, The Men Who Stare at Goats), Sakina Jaffrey (House of Cards; The Mindy Project), John Doman (The Wire, Oz), and Margaret Colin (Gossip Girl, Independence Day).

The stories are told in the farmers’ own words. The actors provide different characters and dialogue for each of the six stories, which Davidson says have an “emotional through line” that helps make the play cohesive. There’s also audio and visual imagery to provide “an emotional framework and context” as the audience listens to the stories.

Good Dirt is the latest work from the couple’s Storyhorse Documentary Theater project. Their shows often include a Q&A or town hall-style meeting featuring experts in the issue into which each piece delves; this production will feature an after party for that purpose.

Davidson, perhaps only half-joking, describes Storyhorse as “two really tired parents” in the guise of theater. The couple has four children under six years old, so they do indeed have very busy lives.

“We can’t complete a sentence without being interrupted,” laughs Masterston. “Often the work we are doing on [the productions] is done separately, or at nine o’clock at night when I’m passing out in my own drool. And so that’s been the only challenge.”

Good Dirt‘s premiere is a benefit for the National Young Farmers Coalition, a nonprofit dedicated to to advocating for young and beginning farmers. The couple met Lindsey Shute, the organization’s cofounder and executive director, when they joined Hearty Roots Community Farm‘s CSA, owned by Shute and her husband, Ben.

“The work of the National Young Farmers Coalition is really appealing because it deals with those intersections between the pressures of a modern world and an urban culture, and the needs of people to eat local food, grown in a sustainable way,” says Masterson.

Shute says she’s seen a run-through of the piece and is excited to see the audience’s reaction Sunday night.

“[Good Dirt] is a powerful and realistic portrayal of the lives of farmers,” Shute says. “Because I know many of the farmers in the piece, it is admittedly weird but awesome to see television actors speaking their words – but it’s also beautiful to see the threads of our experience woven together in this way.”