Cooked, a four-part series based on Pollan's most recent food opus, debuts today. 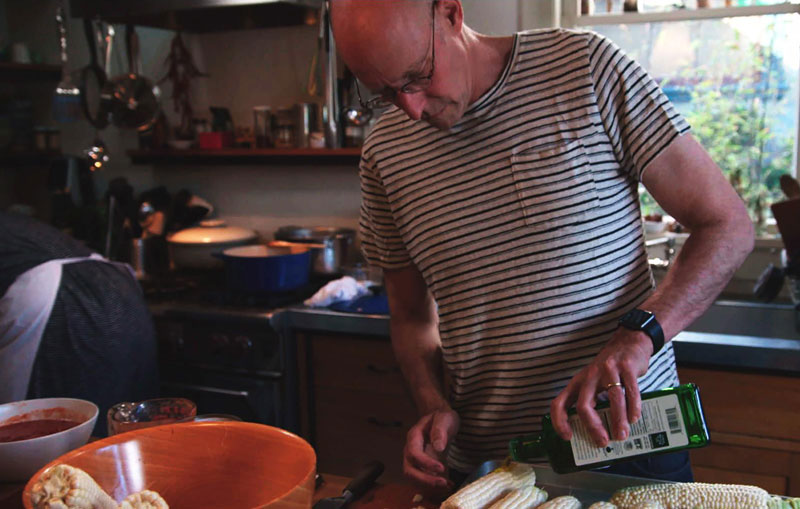 Following on the heels of the PBS documentary based on his book In Defense of Food, which aired less than two months ago, an even more ambitious adaptation of his most recent book, Cooked: A Natural History of Transformation, goes live on Netflix today.

The four parts of the series – “Fire,” “Earth,” “Water,” and “Air” – mirror the cooking-as-alchemy theme of the book: that the kitchen is more than a room where we go when hungry, it is a holy place where the gifts of nature are transformed into physical, emotional, and even spiritual forms of sustenance. Though, in keeping with his decade-long polemic against the sins of the global food and agriculture industries, Pollan is quick to remind us that this rosy picture is what the kitchen was like before corporations squeezed the life out of it.

“When we learned to cook is when we became truly human, but we’ve lost touch with how that food got to our plates,” says Pollan, as narrator. “When you let a corporation cook your food, they cook differently than people do. You have an industry that is trying to undermine cooking as an everyday practice.”

While Pollan’s critiques of our modern food system in Cooked will be familiar, if not overly repetitive, for his fans, the series succeeds in elevating that core message into a delightful, and at times mesmerizing, homage to the ancient art of cooking. Director Alex Gibney was given nearly free reign to interpret the book according to his own artistic and intellectual sensibilities, which are considerable, having earned him an Academy Award, multiple Emmys, and praise as “the most important documentarian of our time,” in Esquire. Under Gibney’s eye, any material from the book that might have come off in film format as tiresome political diatribe or boring cooking show banter becomes neatly wrapped in an uplifting cinematic journey that makes milling wheat or learning to butcher a pig as magical as anything in a David Attenborough wildlife special. 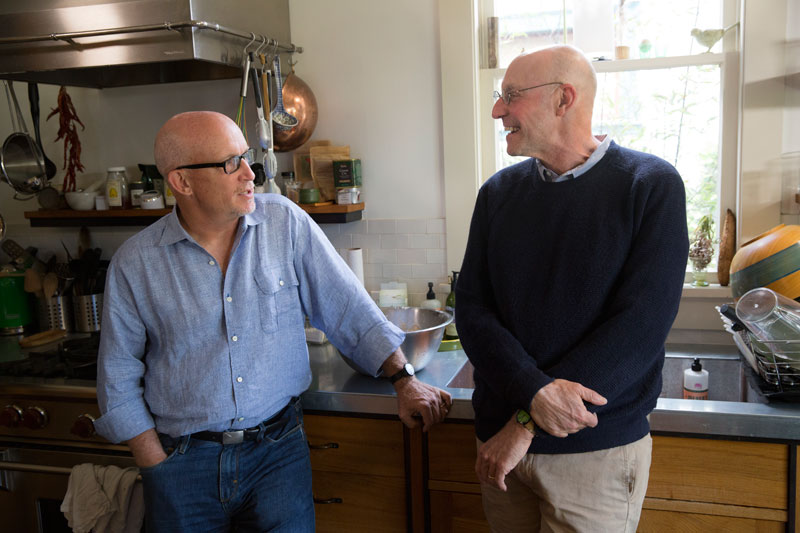 In the “Fire” segment, we learn all about cooking meat, from it spiritual significance to the Martu, a tribe in the Australian Outback, to the secrets of good barbecue sauce in North Carolina. “Water” centers on soup, teaching us reverence for this most humble and universal of foods – and some of “the skills to bring the right tapestry of tastes together,” an Indian woman tells us in describing the art of the curry. In “Earth,” Pollan ruminates on the many merits of fermentation, including those that bring us beer, which he says was likely the motivating force behind the dawn of agriculture, rather than the need for food security – the “beer-before-bread” hypothesis of some anthropologists.

Pollan suggests that the modern day epidemic of gluten sensitivity may actually stem from modern day bread-making techniques, not gluten itself.

The series’ most poetic moments come in the “Air” segment, however, where rising yeast spores glistening in the sunlight and slow motion sequences of women squeezing and kneading moist dough are recurring visual motifs that exalt bread, the sole subject of the episode, as the most sacred of foods. There are ample historic precedents for such reverence – from the “hosts” given during Catholic Communion to the “Challah” broken by Jews on the Sabbath – but Pollan is more enchanted by the everyday loaf. It’s the microbes which cause bread to magically rise, he says, that are the key to its mysteries.

Molecular gastronomy guru Nathan Myhrvold explains in the film that the enchanting aroma of fresh baked bread comes from gases emitted by those microbes which become trapped by gluten proteins, the stuff in wheat that makes dough gooey and are released when we chew. These trapped gases are also what makes wheat bread so light and full of air, unlike heavy, dense gluten-free breads – although when Myhrvold starts referring to the process as “bacteria farting into balloons of gluten,” the sense of enchantment is momentarily dashed. 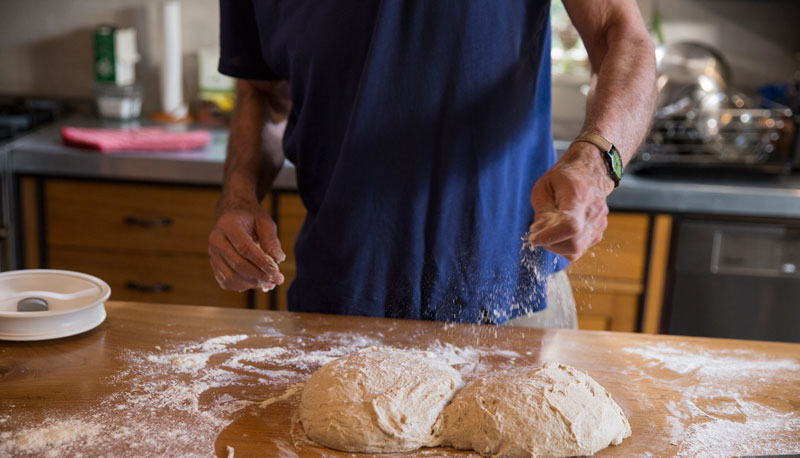 Yet in defense of gluten, Pollan suggests that the modern day epidemic of gluten sensitivity may actually stem from modern day bread-making techniques, not gluten itself. There is inherent logic in that idea, given that wheat-based bread has been a staple food for millennia, while gluten intolerance is a very recent phenomenon. He calls out human-engineered “fast-acting” yeasts as one likely culprit, but before diving too deep into that train of thought (or providing any scientific evidence to support it), the film transports us to a series of quaint vignettes that describe the old-fashioned way of making bread, which is essentially by letting it sit out on the counter to absorb whatever yeasts are native to your kitchen.

Above all, the series is thoroughly entertaining, and makes a strong case for getting off the couch at the end of each episode and into the kitchen. “Is there any practice less selfish, any time less wasted than preparing something delicious and nourishing for the people you love?” says Pollan. If the Netflix-watching masses of the world take that notion to heart and start opting for wholesome meals around the kitchen table over microwaved dinners in front of the television, we would no longer need films like Cooked. That’s exactly the transformation Pollan proposes, but for now he still has plenty of work to do.

Watch the trailer below, and you can view the entire series on Netflix today: