Crickets: The Farmers’ Solution to Grow More with Less?

A new startup wants to transform the global food system with insects. 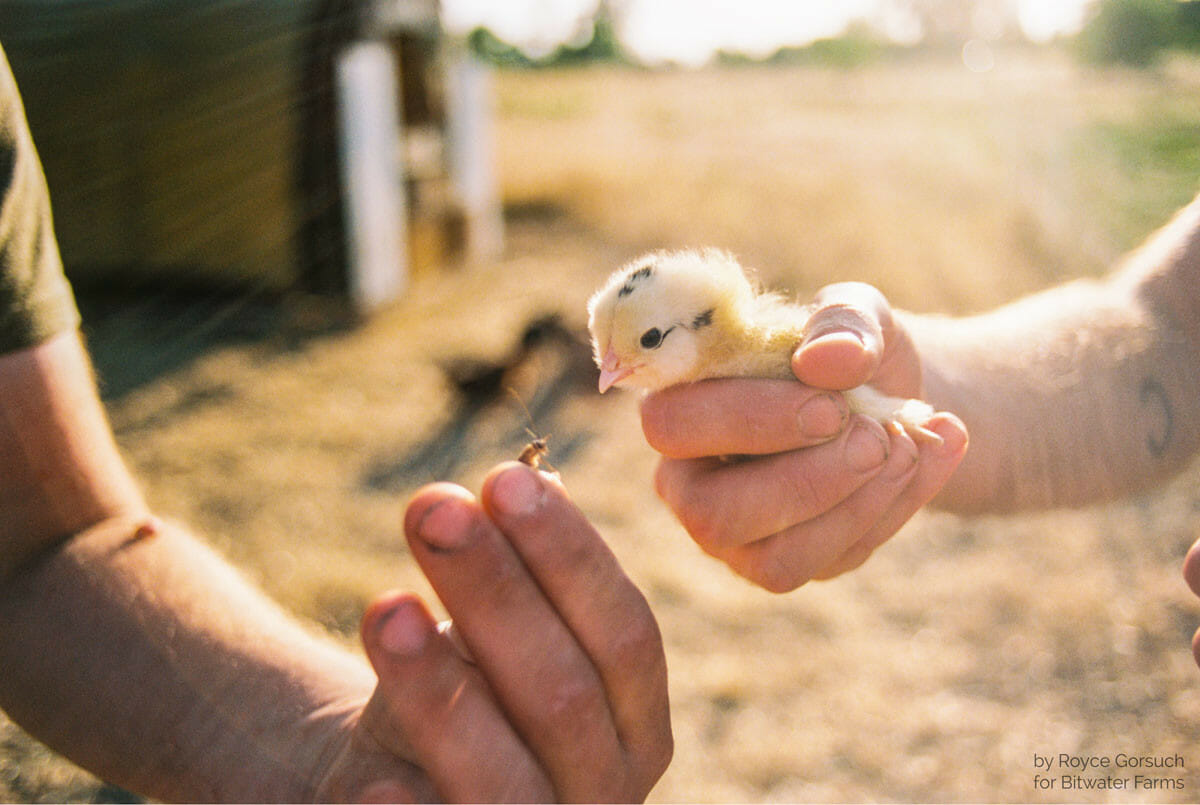 The agriculture industry uses about 80 percent of the water consumed in the U.S, according to the USDA. And discovering the water footprint of our food can be alarming. For example, it takes 53 gallons of water to produce a single egg.

“A lot of the inputs to the global food system aren’t sustainable,” says Sean McDonald, founder of Northern California-based Bitwater Farms, a startup that’s on a mission to get farmers to produce crickets at scale for food.

While many other entrepreneurs are growing the six-legged chirpers to meet the demand for energy bars, cookies and chips, Bitwater is buying the insects from their farmers and selling them to others as feed for poultry or fish farming operations.

“We have some serious global issues of access to arable land, sustainable protein development and yields per drop … insects are far and away one the best ways to make [animal] feedstocks more efficient,” McDonald says.

Considering that the world population is projected to reach 9.6. billion by 2050 – and that the effects of climate change, water scarcity and drought are already evident – there’s a huge need for solutions to maintain global food security.

Using crickets in feed as an alternative to soy (a common feed component for chickens and other livestock) is one way to help farmers produce more with less, McDonald says.

And cricket cages – which can be stacked – use up less land than what’s needed to grow other protein sources, he adds.

As a data scientist by trade, McDonald says he also started Bitwater to tackle a global problem that hadn’t yet been hacked from insights gleaned from big data.

“A little over a year ago my wife challenged me,” he says. “She said ‘It’s great you build all these databases, but what’s the social impact? What database can you build that has the biggest social impact?’”

Using the data collected by the sensors installed in farmers’ cricket cages – a few dozen variables collected for each, he says, such as temperature – McDonald wants to help farmers optimize their operations by determining the conditions that will enable crickets to thrive.

Though Tiny Farms – a Berkeley, California startup that ships out cricket-cage plans to anyone who wants to raise these insects – is also collecting data from their clients to help design scalable cricket farms, McDonald says there’s still no database out there that can help develop the agriscience to improve yields per cubic foot of space, drop of water and per dollar spent.

Just how much can farmers make by growing crickets? While McDonald would not discuss numbers, he says that the farms they work with – which manage a 10,000-square-feet operation at minimum – have made anywhere from an additional 20 percent to a doubling of revenue when they added cricket farming to their operations.

And though he’s also elusive on just how many farms Bitwater has worked with since its launch six months ago, McDonald says that demand outpaces supply in terms of the equipment his company provides and the number of farms that his company can retrofit for cricket farming.