Is the mainstream American public ready for chips made of ground-up crickets? 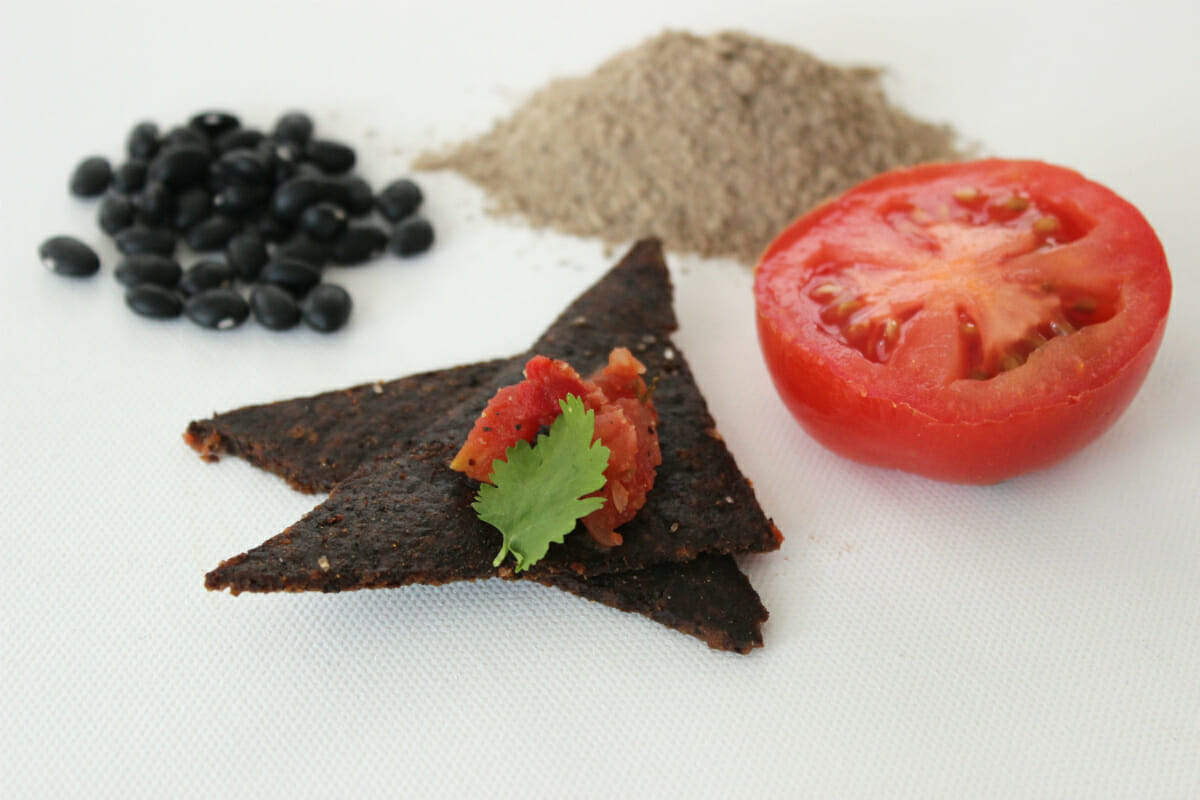 You’ve surely heard tell of the insect revolution, coming soon. Maybe a friend told you about some delicacy being proffered by a daring urban chef. (Moth larvae tacos? Cicada pizza?) Or perhaps you’ve read a ponderous think-piece, arguing that bug farming will stave off a hunger crisis.

But even though insects have long been a staple in non-Western countries, they’re still a novelty in the U.S. and Europe. It’s one thing to write trend pieces about our insect-eating future; it’s a sight tougher to sell bugs to mainstream consumers.

No stray thoraxes or wings to alienate newbies.

Enter Six Foods, a fledgling Boston snack company. Chirps, a tortilla-style chip made of ground crickets, are calculated to soften our insect aversion. Six Foods’ co-founders experimented for months in Harvard dorm kitchens, looking for the perfect launch product. It wasn’t hornworm salsa, or mealworm cookies. It was Chirps.

Co-founder Rose Wang says they juggled various goals during the test period. The final product had to imprint a unique taste. At the same time, they didn’t want to overpower other flavors, or make people squeamish. Worms were eventually rejected — too hard a sell in the U.S. market. “Crickets are not only easier to accept,” says Wang, “they also have more health benefits.”

Co-founder Laura D’Asaro caught the insect bug on a trip to Tanzania, after trying a tasty fried caterpillar. She called Wang, her college roommate, to share the experience. Turned out that Wang had her own epiphany after eating scorpion-on-a-stick in Beijing. Both women knew the UN had recently released a report, advocating the sustainability of an insect diet. Fate was knocking.

Together with their buddy, Meryl Natow, they started crafting a food business. This was all new territory; they made their share of mistakes. (Pro tip: Don’t put live worms in your unbaked cookies, lest they crawl all over the oven.) But Chirps, made of ground-up cricket ‘flour’, bound together with beans and rice, had a savory, nutty appeal. Plus the optics were good — no stray thorax or wings to alienate newbies. 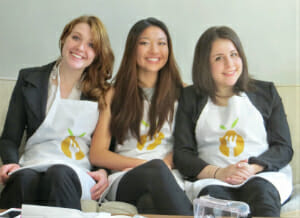 In a story on Chirps, Yahoo posed the question to well over 13,000 readers: would you eat grasshopper (not the same as crickets, but hey) chips? Over half the respondents answered yes and more than 25 percent more said maybe. Wang thinks this bodes well. With a gentle roll-out of their barbecue, cheddar and sea salt chips, paired with supermarket product samplings, she thinks America is ready for the Next Bug Thing.

They’ll also tout the chips’ nutritional qualities: gluten-free, low in fat, with three times the protein of regular potato chips. Of course, insects are also a far more sustainable protein source than cows, in terms of greenhouse gases, water usage and general sustainability. And Chirps are a “whole beast” product — every bit of the cricket is used.

Wang says there are currently very few players in the insect snacks market, and they all know each other. But these are early days — surely more artisans and products will be entering the fray. Once Chirps are launched, Six Foods will likely roll out some other snacks. They seem to have a knack. “We made 50 mealworm tacos and stored them in our dorm fridge,” Wang says. “When we came back there were only five left. No one knew they ate worm meat!”