Does A Pig Fed With Green Tea Taste Better?

This could open up a whole new world of flavor. 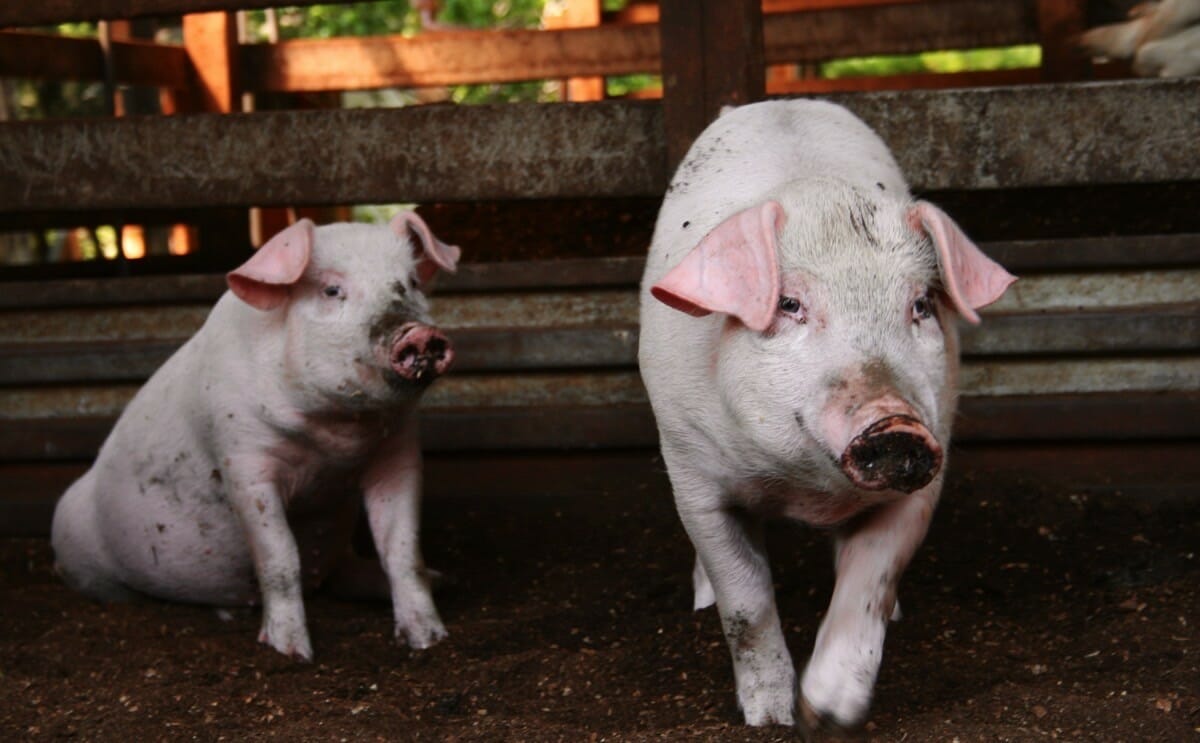 The Japan Times introduces us to Kitagawa Farm, a pork farm in Shizuoka, Japan, that has an unusual way of differentiating itself from the herd: it feeds its roughly 50 pigs green tea, instead of plain water. The owner of the farm says customers prefer his pork. But what effect can green tea really have on our meat?

It is uncommon, but not unheard of, in parts of Asia, especially China and Korea, to feed pigs with the waste from green tea production. Experimenting with flavorful extracts and ingredients such as acorns and whey in animal feed has long been a tradition, but scientifically, it’s a practice still in the experimental phase. Chefs are excited about the possibilities: can you impart totally new flavors into meat just by adjusting what the animal eats?

Generally, chemical compounds in foods that are eaten by an animal (including us!) are either water-soluble or fat-soluble, meaning, according to my second-grade science textbook, that these compounds dissolve in either water or fat. Water-soluble compounds aren’t of much use in trying to flavor meat; water doesn’t make its way into muscle tissue, and is typically flushed out of the body in urine not long after it goes in.

But fat-soluble compounds are much more interesting. In some animals, like beef and salmon, fat is interlaced within muscle tissue–this is called “marbling,” in the butchery business. What if a flavorful chemical compound is dissolved in fat, and that fat makes its way into a nice cut of meat or fish? It’s possible – not certain, but possible – that the flavor will have survived its trip semi-intact and creates some sort of flavor or aroma.

There are a few common techniques to feed livestock animals specific food in hopes that it will affect their flavor. Perhaps the most famous is the luxurious and expensive black Iberian pig, which is the sole pig breed used to create jamÁ³n ibérico, an extremely fatty and prized cured ham. The black Iberian pig isn’t kept in pens but is instead encouraged to roam through the Spanish oak forests gorging on fallen acorns. Acorns are quite fatty and rich in various tannins and other potent flavonoids, and it’s believed that the diet has a direct impact on the flavor of the meat.

Another example: Grass-fed versus grain-fed beef. Grain-fed beef is the predominant variety we have here in the U.S.; it’s easier and cheaper to feed cows a mixture of corn and other grains than to let them slowly grow by grazing on grass. But grass-fed beef is generally considered more sustainable and more natural. Blind taste tests have indicated that people can indeed taste a difference between the two varieties of beef, and even more interestingly, that the grass-fed beef has an actual “grassy” flavor. On the other hand, the Iberian pigs don’t taste tannic, or much like acorns – their fat content is boosted, and the flavor is different, but it can’t be easily pinned to acorns. Which is all to say that flavor is linked to feed, but that the link is complex.

But what about green tea? Well, there’s not much data on the actual flavor of animals fed with green tea, though there is a good bit of research on other effects of feeding livestock tea. According to some studies, green tea may well help the pig (or us) be healthier, but doesn’t have much effect on the quality of meat. (That said, another study fed yerba mate, a tea-like beverage made from the holly plant, to dairy cows, and found that their milk output increased, possibly due to the caffeine.)

On the other hand, feeding pigs the actual leaves, which contain different chemicals than just the steeping liquid, could actually affect the flavor and texture. A study from 2014 found that goats fed with green tea byproducts actually produced higher quality meat, more vibrantly colored and with less “crude fat.” The byproducts, though, are sometimes fermented, and fermentation can produce all kinds of beneficial effects.

None of this proves anything, really; these are all individual studies that we should be hesitant about drawing firm conclusions from. But they certainly do indicate that this isn’t totally bunk. Pigs, like us, sometimes really are what they eat.