Could Kona Coffee’s Southern Brother Be The Next Big Thing?

Kona may have gone out of fashion, but kau coffee, from the same island, hopes to be the next big thing. 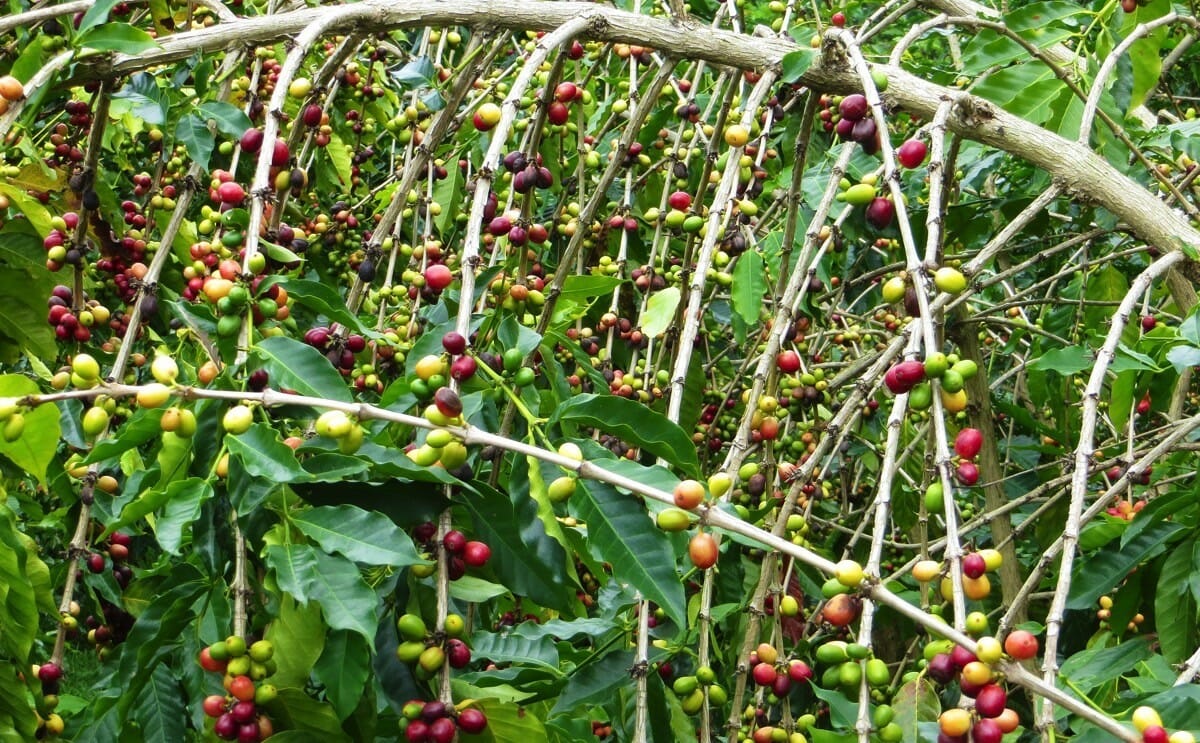 The Big Island of Hawaii isn’t just hospitable to dangerous wild cattle: the volcanic soil makes it ideal for fruits like pineapples, but also for coffee, making it the only state in the U.S. that grows coffee (at least, coffee you can currently buy – Georgia is hoping to join its ranks soon). And the type of coffee known as “kona” has enjoyed a certain level of fame for decades. But could a new Hawaiian coffee overtake it?

This new coffee has its own festival, Kau Coffee Festival, from April 24 to May 3, the L.A. Times reports. Kau coffee, grown in the southernmost part of the Big Island, 60 miles south of Kona, has a totally distinct flavor profile from kona coffee: the festival’s organizer describes it as having floral and citrus tones, which would make it much more on-trend with the lighter, tea-like flavors prized in today’s highest-end coffees than kona’s unexceptional, medium-bodied flavor.

Kona coffee, which must be grown on the slopes of Mauna Loa or Hualalai, was the beneficiary of the renewed coffee craze during the early 1990s. It became the filet mignon of that era: all you had to say was “kona,” and that signified “good coffee.” Even “kona blends,” which might have only 10 percent legitimate kona, commanded high prices.

But among some serious modern coffee drinkers, kona is not a prized bean. Partly this is because processing and roasting is in some ways even more important today than the quality of the original bean, and kona, having had its processing set up in the 1990s, is out of date with current trends. Modern coffee nerds look for single-origin coffee, especially heirloom beans, grown from one particular location, and kona is no more specific than one large area. Kona coffee often comes from several different kinds of beans simply grown in the same general location. In roasting, modern coffee leans toward an extremely light roast, floral and acidic, with distinctive fruit tones. Kona, having gained popularity before this trend, is roasted darker and harder – and the modern roasters, having not seen much from kona besides bold, heavy coffee, don’t show much interest in experimenting with new methods on this very expensive bean.

Kau has yet to make much of an impact outside Hawaii; it certainly isn’t a well-known variety. But if it’s processed, roasted and brewed well, it could become much more accepted in high-end coffee circles than kona.

Popular
The Fertilizer Shortage Will Persist in 2023Shea Swenson
Mentally Disabled Slaves Mine Fancy Salt For South KoreansDan Nosowitz
7 Smokable Plants You Can Grow That Aren’t MarijuanaBrian Barth
Agricultural Runoff Pollutes Well Water, a ‘Public Health Crisis In the Making’Madison McVan, Investigate Midwest
Why Don’t We Eat Turkey Eggs?Dan Nosowitz
Explore Modern Farmer
Related
Features, Food Security, Labor
The Rise of Virtual Farmers MarketsLeah Borts-Kuperman
Features, Food & Drink, Fungi
Could New York Become the Mushroom State?Sara Foss
Environment, Labor, Water
California Farms and Farmworkers Attempt to Recover From Record FloodsNaoki Nitta
MTMF, Plants
This Modern Farmer Wants You to Grow a New Potato StrainBevin Cohen
wpDiscuz
We use cookies on our website to give you the most relevant experience by remembering your preferences and repeat visits. By clicking “Accept”, you consent to the use of ALL the cookies.
Cookie settings ACCEPT
Privacy & Cookies Policy