A Q&A with filmmaker M. Sean Kaminsky about his documentary on seed diversity. 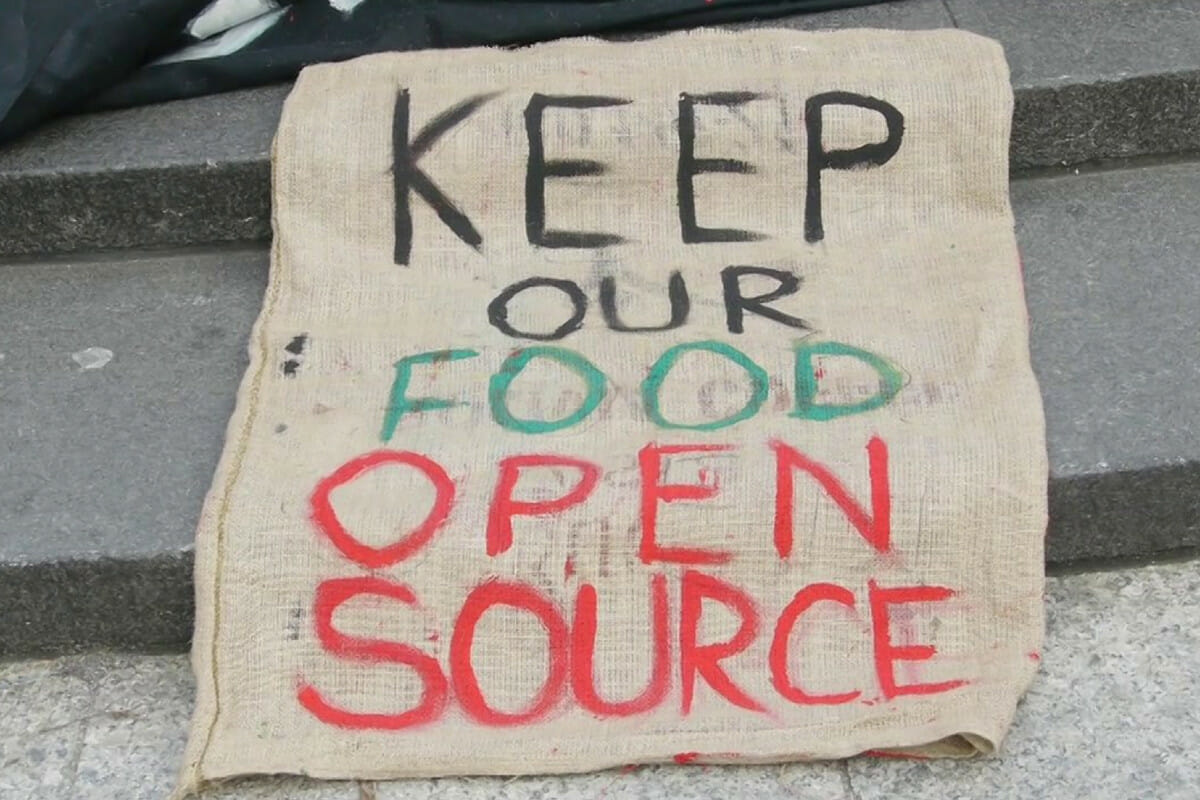 Filmmaker M. Sean Kaminsky’s new documentary Open Sesame looks at the necessity for seed diversity and how monoculture-farming practices threaten it. In the past century, we’ve lost an astonishing 90 percent of the fruit and vegetable seeds once available. Instead, the world’s food supply is built largely on hybrid seeds, and like mules, they are unable to naturally reproduce. As a result, there’s no way for a species to evolve regional hardiness, or withstand pests, diseases and changing climate conditions.

Open Sesame illuminates what is at stake when seeds are patented and controlled by large corporation, and the film features different approaches that enterprising farmers are using to preserve seeds and foster diversity.

As spring planting season begins, we spoke with Kaminsky about the film, what inspired him to make it and the perils facing seeds today.

Open Sesame is available to stream or download here on Vimeo, as well as iTunes and Amazon. DVDs are also available for purchase.

Modern Farmer: What inspired you to make a film about seeds?

M. Sean Kaminsky: I was at a conference on open-source video and preventing video technology from becoming proprietary. I realized that seeds have become mostly closed source. It reminded me that I’d been obsessed with seeds in childhood. Seeds are fascinating because they can tell a story. Each one has a history.

MF: You illustrate how genetic diversity is threatened without “open-source” farming practices. It’s surprising that the dangers of monoculture aren’t a mainstream conversation, like climate change.

MSK: I don’t think people are aware of the situation we’ve painted ourselves into. Monocultures are dangerous because the lack of genetic variation leaves us incredibly vulnerable. And those risks we face are exacerbated by climate change and more extreme weather conditions.

MF: The film notes how the commercial sunflower industry was nearly wiped out by a disease. Are you surprised that we haven’t seen a major extinction yet?

MSK: We have come close. There have been near-misses, and we’re seeing big problems with wheat. We’re staying a step ahead by using more pesticides and fungicides, but that either kills us or the environment. The risk is that if it happens, things will collapse very quickly, like the 2008 banking crisis. Everything seemed fine until the moment it wasn’t.

MF: What role has Monsanto played?

MSK: In the 1980s, the courts allowed companies to patent seeds, and Monsanto started to sue small farmers when the wind blew patented seeds on their land. Monsanto tried to say that contamination doesn’t happen naturally and farmers were stealing the seeds. Ultimately, it resulted in a partial win for small farmers because the courts ruled that contamination does occur naturally. As Monsanto and other huge companies brought their millions into the equation, they started buying out little seed companies. Industrialization always strives to do things better, faster and in a more uniform manner. They brought a car-manufacturing mindset onto crops, like a Henry Ford model of agricultural production. But we can’t patent seeds. They aren’t an invention.

MF: In the past, people saved their own seeds for the next season. Now we buy them. What happened?

MSK: There are multiple causes, but the biggest reason was really the shift toward using hybrid seeds in the ’50s. That was the moment that farmers went from being producers to consumers and supplying seeds. At first it made sense because of hybrid vigor. Unfortunately, hybrid vigor degrades after a few generations.

MF: One of the recurring themes in the film is the inherent power of seeds. Do you think we’ve forgotten that we have the power to produce our own seeds?

MSK: Definitely. A hundred years ago, seeds touched everyone’s lives. Today, it’s complicated for small farmers, who get locked into contracts with seed companies. In some cases, it’s not even possible for farmers to find seeds that haven’t been genetically modified. But we are seeing gardeners and hobby farmers save different varieties of seeds, and there are networks so we can share them with others.

MF: People are getting ready to plant now. How can the small farmer or gardener reintroduce genetic diversity?

MSK: Look for heirloom or open-pollinated varieties. Heirloom varieties are 50 years or older. Check the label or Google the name. Once you use open-pollinated seeds, start saving them for use next year. That doesn’t work with hybrid seeds. They won’t grow true to type.

MF: Are there other ways we can help encourage seed diversity?

MSK: People can get involved with the Seed Savers Exchange or start their own seed library. We can fight for GMO labeling. We can go to the farmers market and ask where their seed comes from. Let them know we’re looking for unique varieties.

MF: You compare seeds to storytelling. What’s the connection?

MSK: Seeds connect to something in our DNA, and it gets woken up. It’s almost a mindset. When you save or share seeds, they become woven into our lives and our cultural memories. The tomatoes you grow remind you of the first time you made homemade pasta sauce. When you trade seeds, you trade stories. And that gives them another kind of life that is just as nourishing as growing them for food.