A New Generation of Dairy Farmers

The women in these videos represent a new generation of farmers whose concern for sustainability, community engagement and the importance of the tradition are matched by their drive to succeed in this business. In the face of the increasing average age of America’s farmers (now 58, up from 55 just a decade ago), NYFC is […] 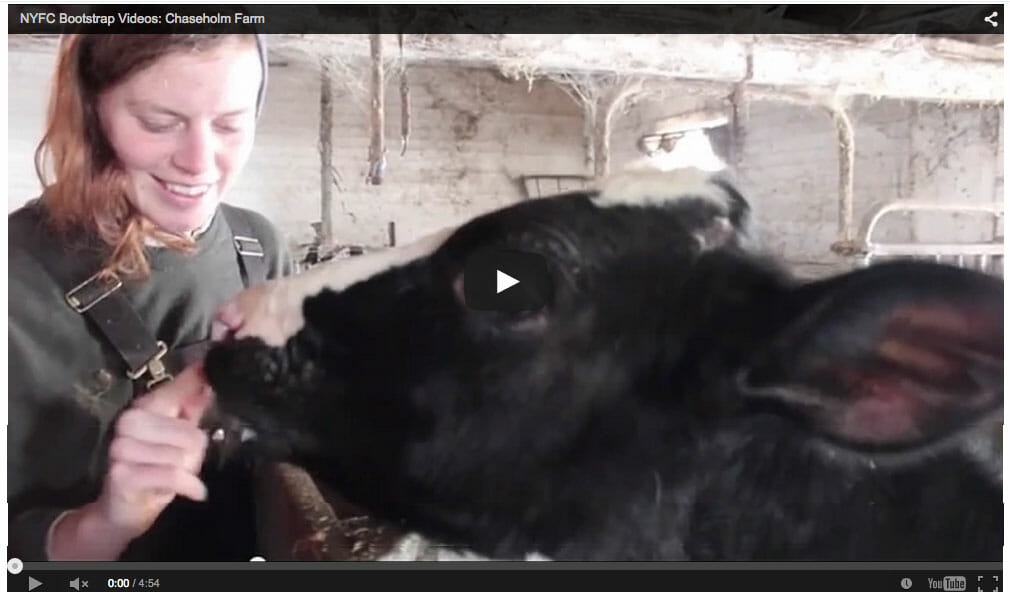 NYFC, founded in 2010, works to support farmers through technical support, network building, and policy change, according to the organization.

The women in these videos represent a new generation of farmers whose concern for sustainability, community engagement and the importance of the tradition are matched by their drive to succeed in this business.

In the face of the increasing average age of America’s farmers (now 58, up from 55 just a decade ago), NYFC is working to “sustain young, independent and prosperous farmers now and in the future,” according to the organization.

In the past few years, more and more young people have begun pursuing careers in the agricultural field, but it has been mostly limited to vegetable farming and raising animals for meat, which tend to require less money than the dairy business, with its large investments in equipment, acreage and livestock.

“Dairy in Montana is really having a hard time. It’s on the verge of potential collapse. There’s only 68 farms left across the state. And we think we can show a model of dairy farming that could be sustainable for dairy farmers to make a good living, support their community and make a product that people want that currently isn’t made in this state,” says Connie Surber in one of the videos from the series. She and Laura Ginsburg own The Golden Yoke, a 40-acre dairy farm in St. Ignatius, Montana. In 2013, when they started the farm, they were the only grass-fed and seasonal dairy in the state.

The third video in the series features Ashlee Kleinhammer of North Country Creamery at Clover Mead Farm in Keeseville, New York, who took over an existing business and apprenticed with the farm’s retiring owner, Sam Hendren, a situation that allowed an older farmer to pass down his experience to the next generation. It wasn’t just Hendren’s expertise in cheesemaking and other areas of production – he was also able to give Kleinhammer insight into the business side of things.

“Sam helped us with quite a lot troubleshooting cheese production, but as far as this whole operation goes, it was certainly the business aspects of it that…have been the most challenging,” says Kleinhammer in her video.

The videos were made by the farmers themselves with equipment provided by NYFA. The series was sponsored by Stonyfield Farms, which as the largest organic yogurt producer in the world has a vested interest in fostering and supporting the growth of the organic dairy farming sector.

If the women in the video series are any indication of the young people who are dedicating their lives to the dairy business, there is hope not just for its survival, but for its success.