How to Find the Season’s Best Berries

The secret to finding consistently delicious berries is not as simple as buying local or organic. 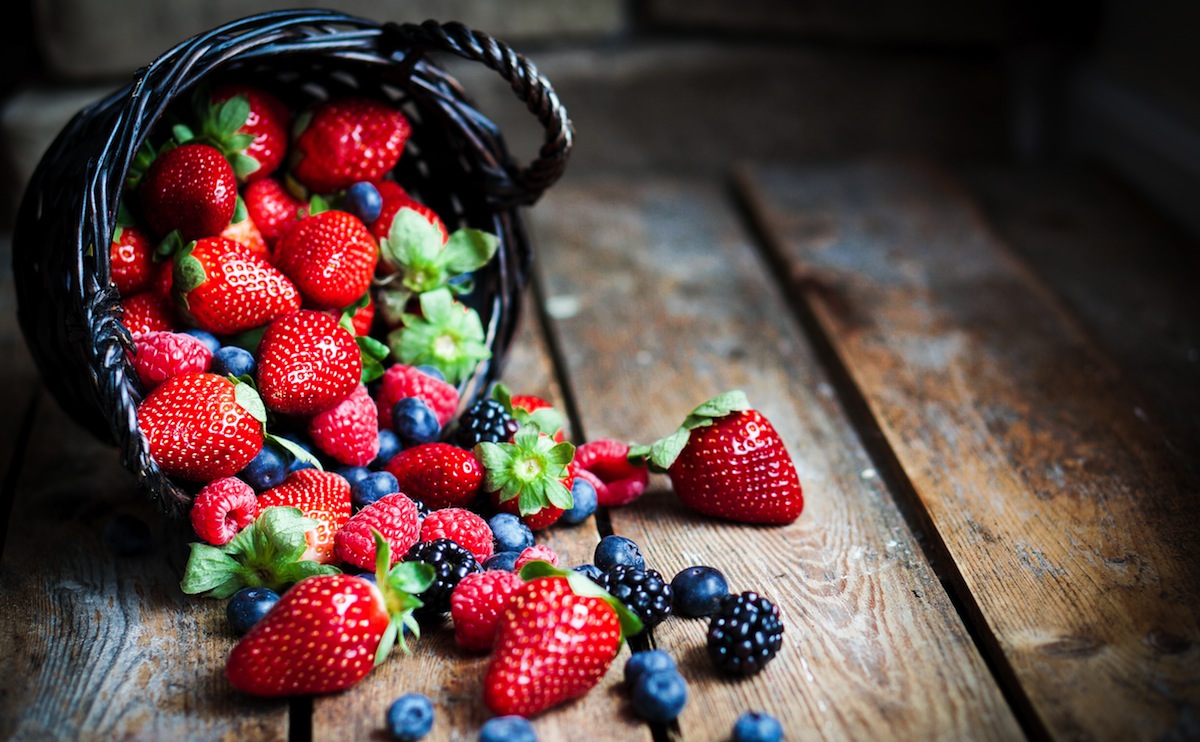 In 1983, Jim Cochran and Mark Matze founded Swanton Berry Farm on four acres of rented land in central California. Although Matze left after a few years, Cochran soldiered on with his crop of organic strawberries. By 1987, Swanton Berry was certified as the first organic strawberry farm in California, and by 2011, Cochran had received the NRDC’s Growing Green Award. Today, Swanton Berry Farm has a reputation among Bay Area foodies for selling some of the region’s best produce, including blackberries, cauliflower, and of course, strawberries.

According to Cochran, strawberry and cane berry flavor is mostly determined by variety and by ripeness. Careful pickers can easily sell the ripest berries, but Cochran says that most supermarkets – and even other organic farmers – generally sell lower flavor varieties to maximize their profits. Higher flavor varieties tend to produce less fruit, despite being the same size plant. So, each berry is more flavorful, but the decreased crop size hurts profits.

“Farmers make more money on lower flavor varieties because they don’t get much – if any – price premium for flavor,” says Cochran.

“Farmers make more money on lower flavor varieties because they don’t get much – if any – price premium for flavor,” says Cochran, who adds that most supermarket and farmer’s market berries are lower flavor. “Local organic farmers have done the math, too. We grow higher flavor berries and have very loyal customers, but make less money than we could if we took the other route.”

Though most savvy shoppers would be skeptical of generic supermarket produce, blind trust in local organic produce can also be misplaced. In order to secure the best berries, keep an eye out for farms – like Swanton Berry – that have an open, vested interest in cultivating for quality, not quantity.

As for specific berries, Cochran prefers the strawberry – “I find most other berries disappointing.” – but says that they are much more difficult and expensive to grow than other kinds, such as blackberries. According to Cochran, blackberries grow well in different climates, have few pests, and, once established, produce fruit for multiple seasons. Strawberries, however, are subject to many pests and diseases, and are highly sensitive to climate conditions.

“They require lots of attention – labor,” he says. “In any given season, you are likely to be hit by one or more problems, which can reduce yield to below optimal. And, since your labor costs are very high, you can’t afford too many hits.”

This might explain why the average strawberry, grown by a less scrupulous farmer, may be more hit-or-miss than other berries, like the more vigorous raspberry. Regardless, the well-grown fruit will always trump the “factory farm” mentality – something to keep in mind for your next berry spree.

Strawberries: Generally best from mid-June to early July, look for berries that are dry, firm, deep red in color, with intact stems – they do not ripen further after picking.

Blackberries: Available from May to September, but peak in June and July; look for shininess, as the blackberry’s dull color is a good sign of its age.

[…] can find these in season pretty much all year, although you’ll get a better smoothie consistency if you use frozen […]

Popular
7 Smokable Plants You Can Grow That Aren’t MarijuanaBrian Barth
6 Differences Between Llamas and AlpacasAndrew Amelinckx
Move Over, Mezcal. A Sustainable Tequila Alternative Is Taking Over.Hollie Stephens
Why Don’t We Eat Turkey Eggs?Dan Nosowitz
Record-Breaking Egg Profits Prompt Accusation of Price GougingClaire Carlson, The Daily Yonder
Explore Modern Farmer
Related
Features, Food Security, Labor
The Rise of Virtual Farmers MarketsLeah Borts-Kuperman
Features, Food & Drink, Fungi
Could New York Become the Mushroom State?Sara Foss
Environment, Labor, Water
California Farms and Farmworkers Attempt to Recover From Record FloodsNaoki Nitta
Books, How-To, Lifestyle
How to Turn Your Garden Into a Business, No Matter the SizeEmily Baron Cadloff
wpDiscuz
We use cookies on our website to give you the most relevant experience by remembering your preferences and repeat visits. By clicking “Accept”, you consent to the use of ALL the cookies.
Cookie settings ACCEPT
Privacy & Cookies Policy