Last month, the legendary German film maker had the chance to discuss his fowl feelings with the world during an Ask Me Anything on Reddit held with Joshua Oppenheimer and Errol Morris — his collaborators on his latest film, The Act of Killing. Anyone who has seen one of Herzog’s film should know not to […] 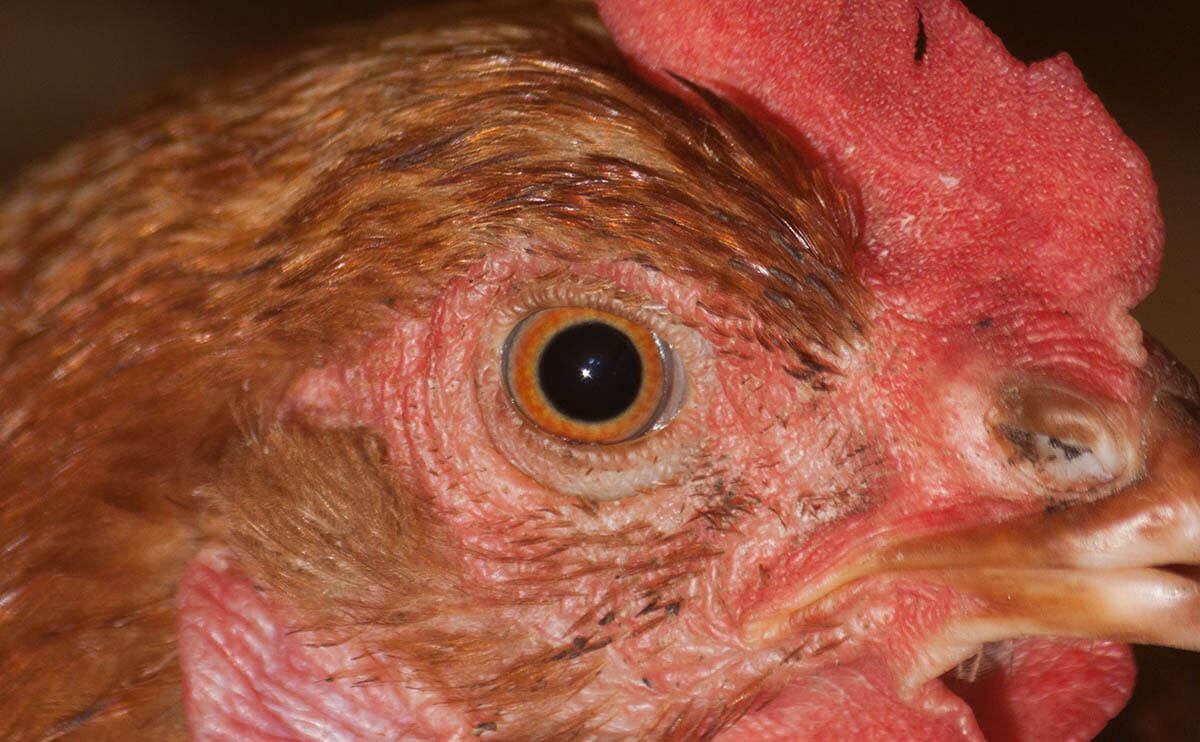 Last month, the legendary German film maker had the chance to discuss his fowl feelings with the world during an Ask Me Anything on Reddit held with Joshua Oppenheimer and Errol Morris — his collaborators on his latest film, The Act of Killing.

Anyone who has seen one of Herzog’s film should know not to expect a straight answer from the director. Nevertheless, a user went for it, quoting his 2012 chicken video:

Look into the eyes of a chicken and you will see real stupidity. It is a kind of bottomless stupidity, a fiendish stupidity. They are the most horrifying, cannibalistic and nightmarish creatures in the world.

Herzog responded to his own reproduced quote in the AMA with what must be some kind of Bavarian proverb. “With a chicken leg on your plant, a good stein of beer in your fist, the world starts to look better,” he wrote.

Chickens of the world, the message is clear: Eat each other if you must, but look out. Herzog is hungry.

In truth, Herzog’s relationship with the chicken race is anything but clear cut. The closing segment of his 1977 film “Stroszek” ends with the main character dropping quarters into an amusement arcade to watch a hypnotized chicken dance and play the piano. Herzog has called the scene one of the best he has ever filmed and loved the chicken as a “great metaphor” — for what, he had no idea. Roger Ebert guessed that we are the chickens, dancing for some unknown force until the money runs out.

Herzog had a good deal of fun himself as questions continued to drop into the Reddit forum. He commented on everything from iguanas to his love of Nicholas Cage, leaving the points on chickens hanging out there to befuddle. Oppenheimer tried to clarify Herzog’s feelings on chickens — or maybe his own — with some insights into the nature of the birds:

I would note: chickens are living manifestations of death, bred only to be domesticated and killed. When we look into their eyes, we see the part of ourselves of which we are most afraid – our ultimate destination. Death.

Chicken eyes — so that’s what the absurdity of death looks like!

So what’s the bottom line here? Does Herzog fear mortality? Are he and his film-maker buddies waxing philosophical as they look at farm animals? Or does Herzog just hate chickens?

“Not in all forms,” he noted in the AMA. “I like them Kentucky Fried.”