When Horseshoe Crabs Went to Fertilizer

A look back at a time when millions of horseshoe crabs were harvested and used as fertilizer. 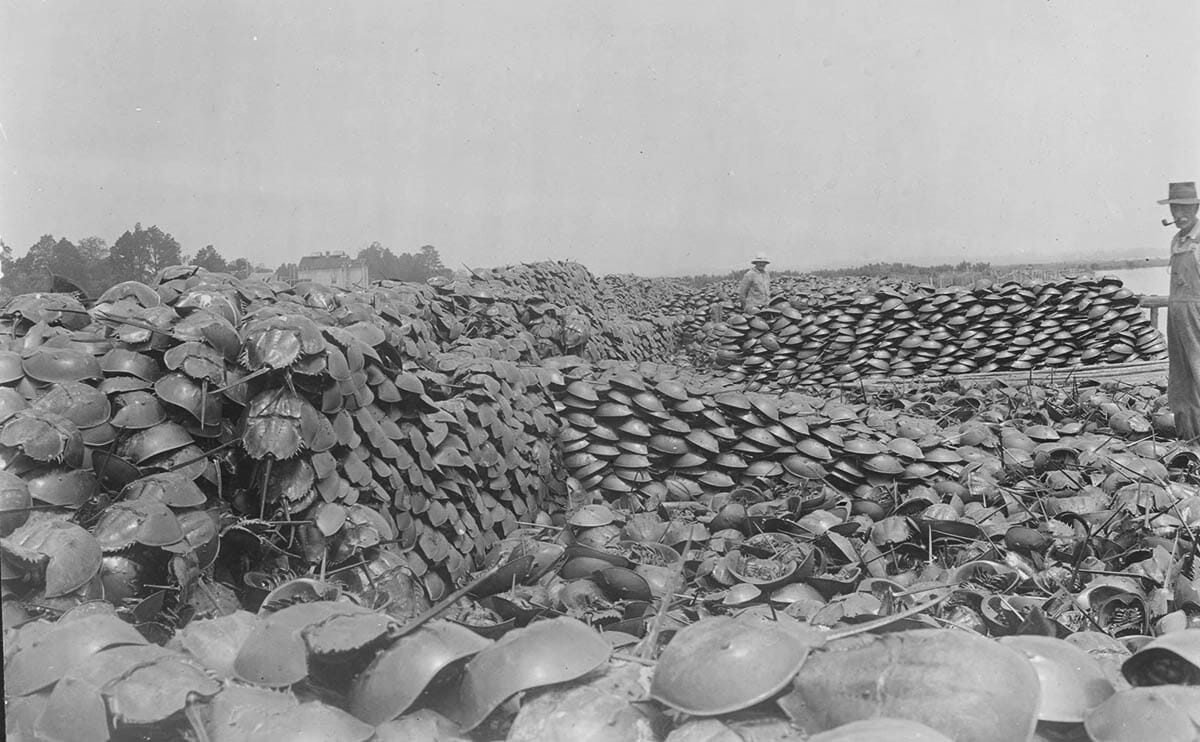 The modern-day practice has earned a fair amount of press lately for both its sheer strangeness and environmental impact. As The Atlantic reported last month, a quart of horseshoe crab blood can sell for $15,000 because it contains a powerful clotting agent. That chemical — found in the amoebocytes of the crabs’ blood cells — can detect even the most minute contamination of bacterial endotoxins in drugs or medical devices.

A handful of companies have become vampires of the ancient creatures as a result. In the PBS Nature documentary “Crash,” fisherman catch the crabs off the coast for Endosafe Labratories in South Carolina, where technicians leech their blood into tall glass bottles. The animals return to their native habitat with a little less blood and one hell of an abduction story.

While that might read like a bad pitch to the Sci-Fi channel, past chapters in the saga of horseshoe crabs and humans are no less eye-popping. Way back in 1603, French explorer Samuel De Champlain noticed Native Americans in Maine planting dead horseshoe crabs within fields of corn, marking one of the earliest observations of apparent fertilization in the New World.

According to Horseshoe Crab: A Biography of a Survivor, colonists picked up on the idea. When the U.S. industrialized near the end of the 19th century, a few coastal companies decided to turn the practice into a big business.

Rather than wading off marshy beaches to collect the crabs as earlier harvesters had, they built a series of horseshoe crab “pounds” on the shorelines of New Jersey and Delaware. When the tide ebbed, a network of nets, wire poles and wooden platforms forced spawning horseshoe crabs into holding pens. In most cases, workers would then collect the crabs and stack them neatly along the shoreline to rot and dry. 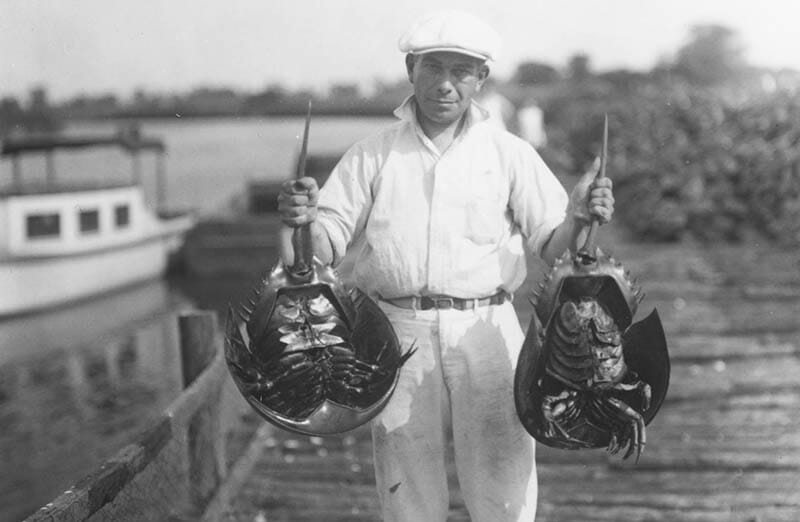 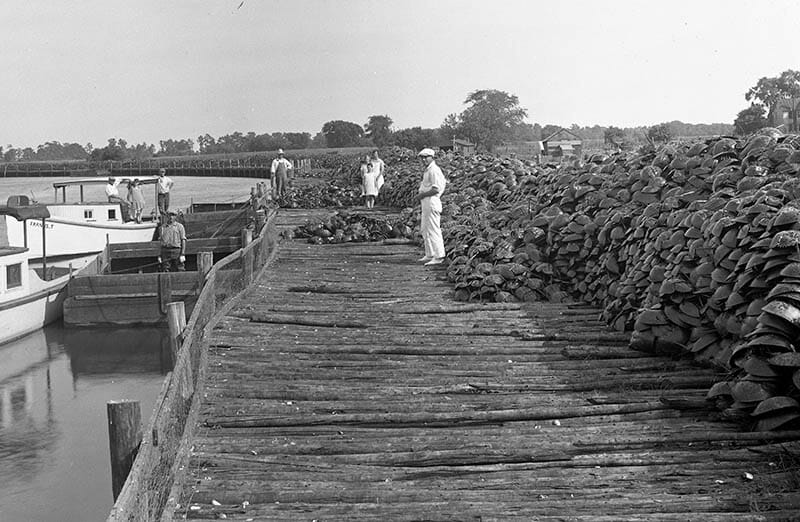 Once finished stinking up the beaches, they’d be sent to a processing plant, ground to a powder and packaged as a fertilizer called “cancerine.” Millions of crabs died before artificial fertilizers phased out the practice in the 1970s.

Now, advocates of the horseshoe crab are hoping technology again comes to the rescue. The duel pressures of blood harvesting and fisherman using the crabs as bait have significantly reduced their numbers since 1990. To save the crabs a second time, biotech companies and universities may need to discover a way to synthesize beneficial parts of horseshoe crab blood in the lab.

But for now, we have these photographs: proof that the tides changed once for horseshoe crabs. 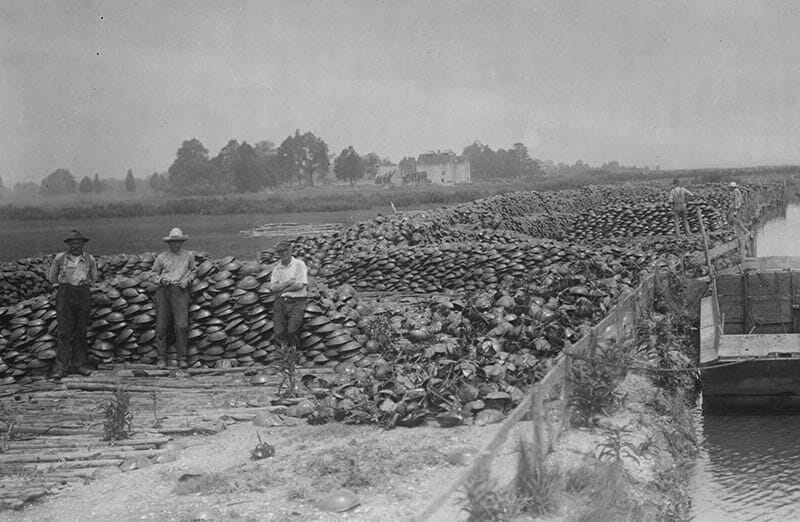 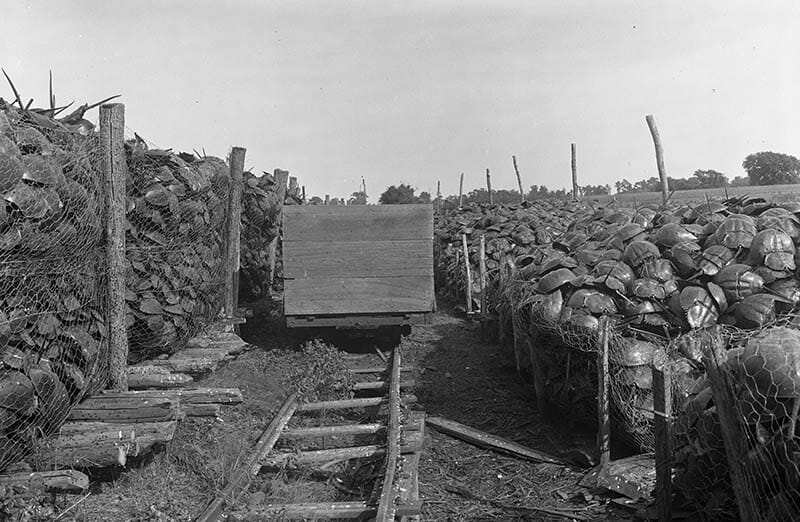 All images courtesy of the Delaware Public Archives.