Maple syrup has long been the perfect complement to waffles and pancakes, but the good stuff doesn't come from Mrs. Butterworth. Enjoy some classic shots of gathering maple syrup. 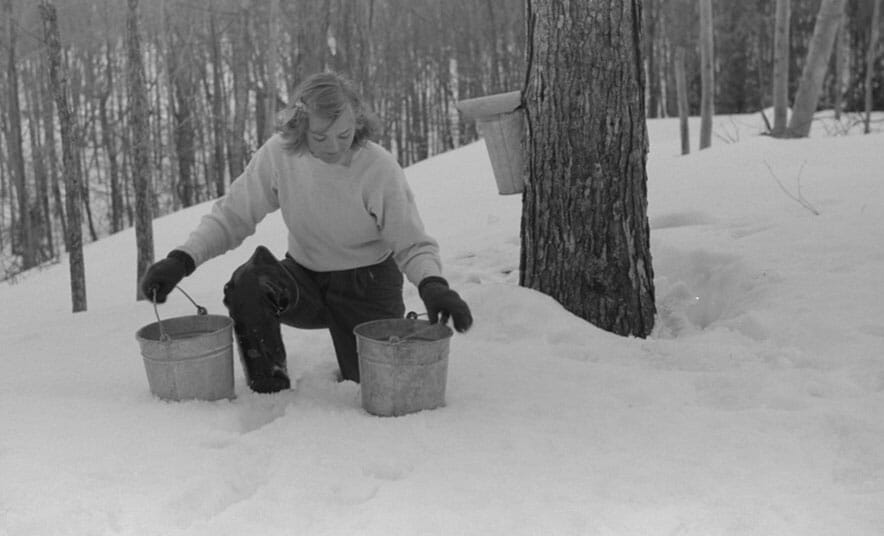 Maple syrup has long been the perfect complement to waffles and pancakes, but the good stuff doesn’t come from Mrs. Butterworth.

The New England Maple Museum traces maple syrup’s history back to an Iroquois legend. A hunter, returning to his lodgings, noticed a sweet smell in the air while his companion was boiling meat. The scent had been produced by fluid that had been placed in the kettle, which he later discovered to be sap from a maple tree.

When European settlers arrived, they learned from the secrets of sugaring sap into syrup from the Native Americans, but added their own improvements, such as the spouts and buckets attached to maple trees that we often see today.

As time went on, the sugaring process became a social event in which the whole family could participate, as some photos from the Library of Congress illustrate. From collecting the sap, to transporting and boiling it, it was a sweet community event that led to an even sweeter ending. 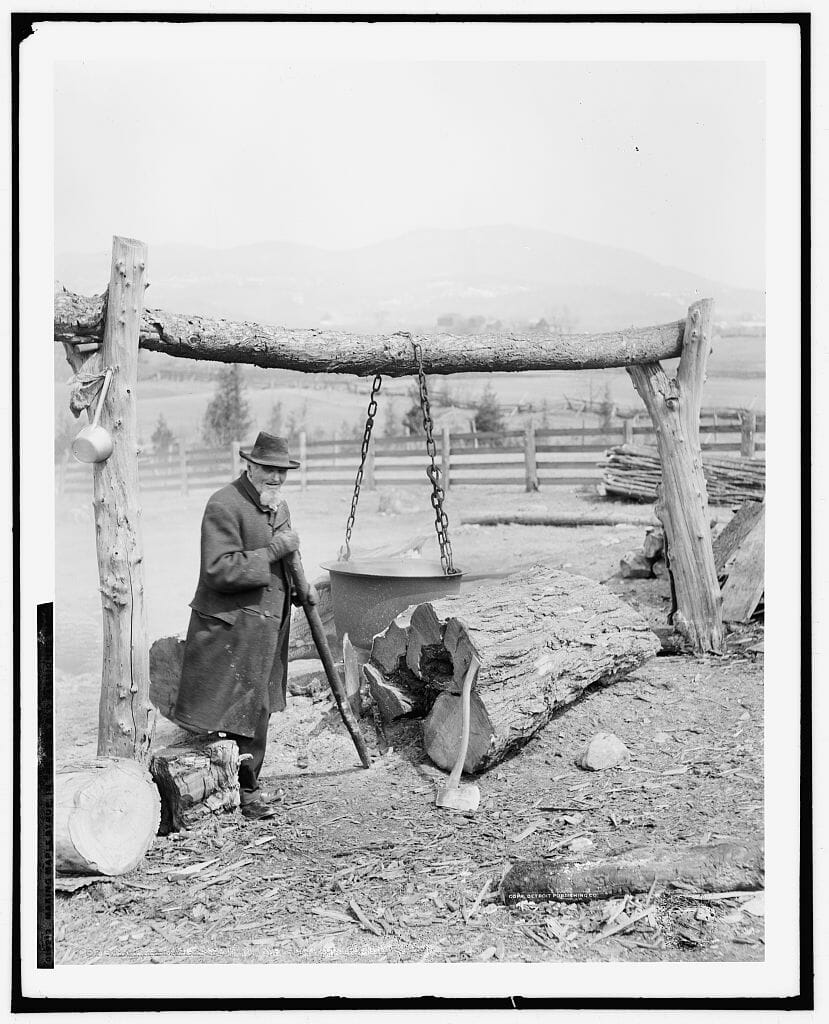 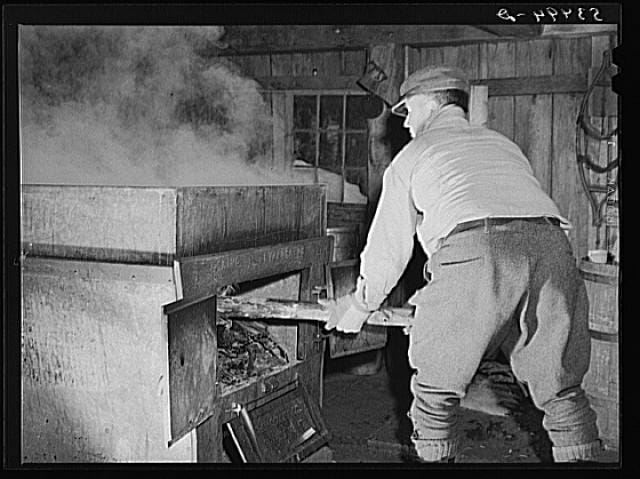 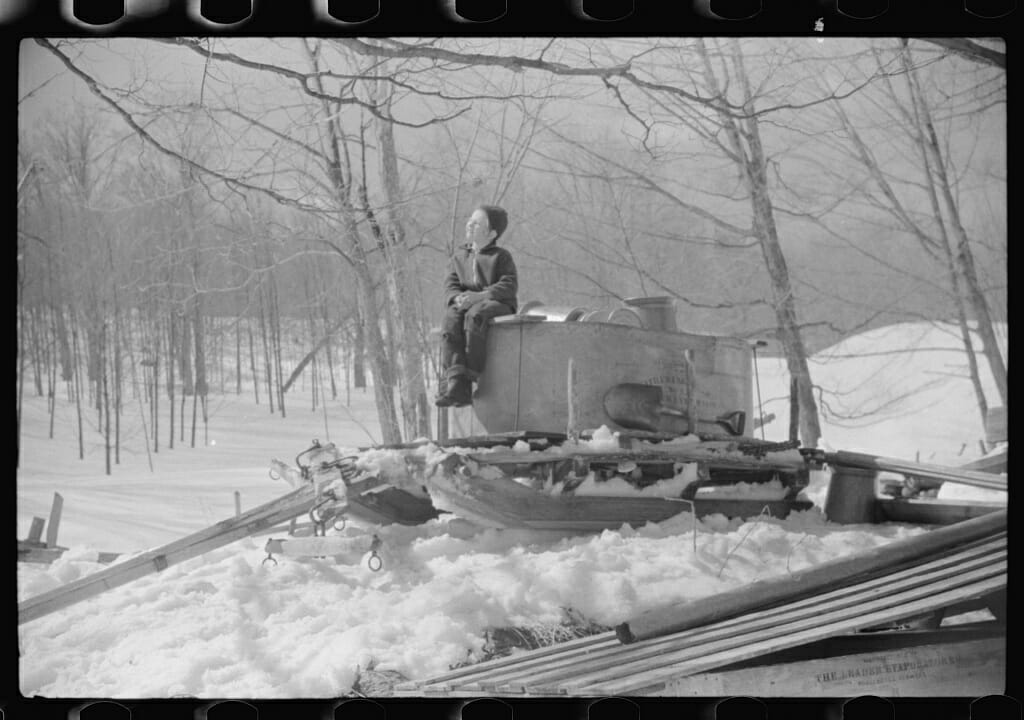 A child sitting on top of a vat and sled in which sap for maple syrup is gathered. 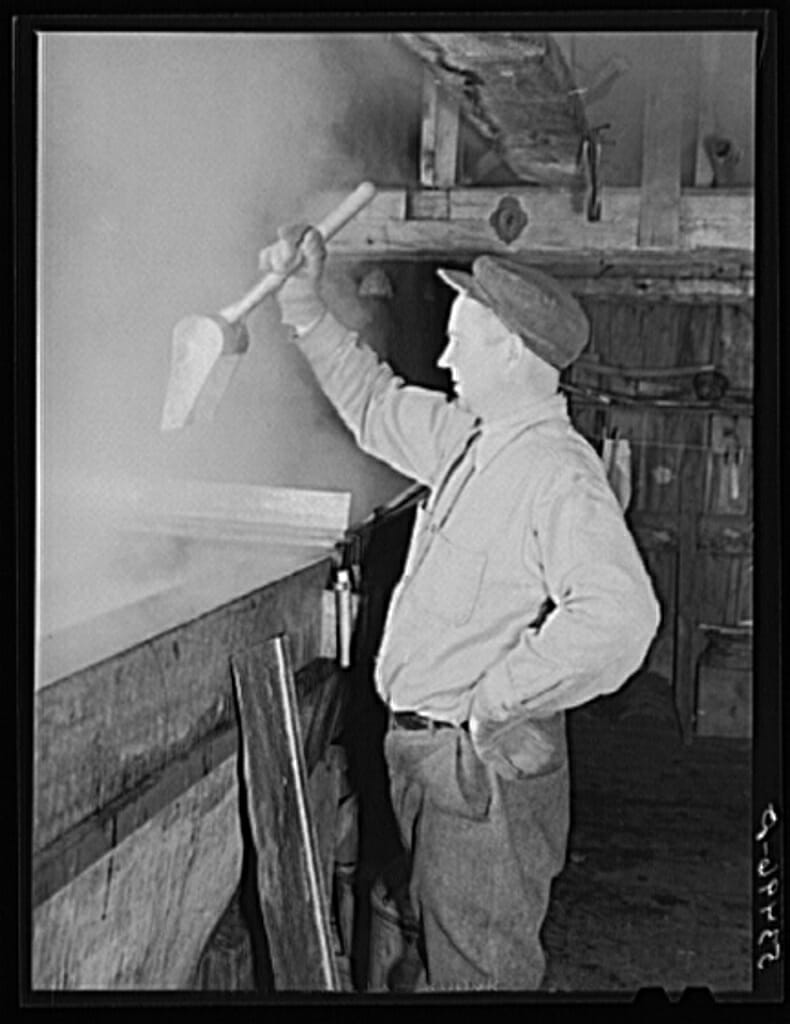 Dripping the boiled-down maple syrup to see if it has reached the correct consistency, ca. 1940. 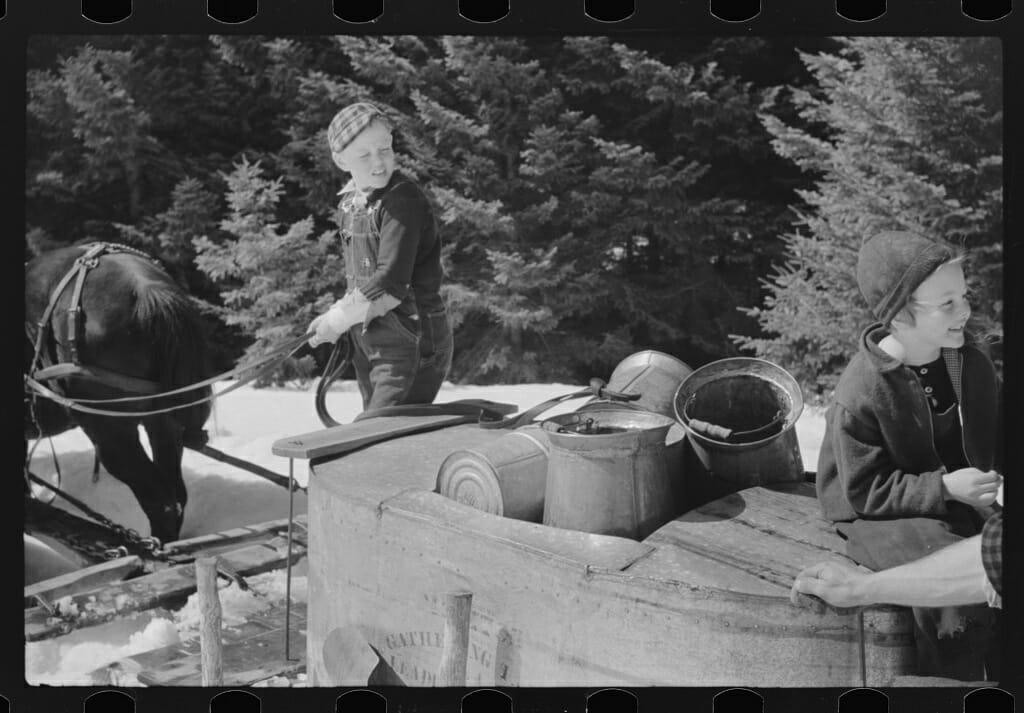 Taking dad’s place driving the sled of sap back to the sugar house, ca. 1940. 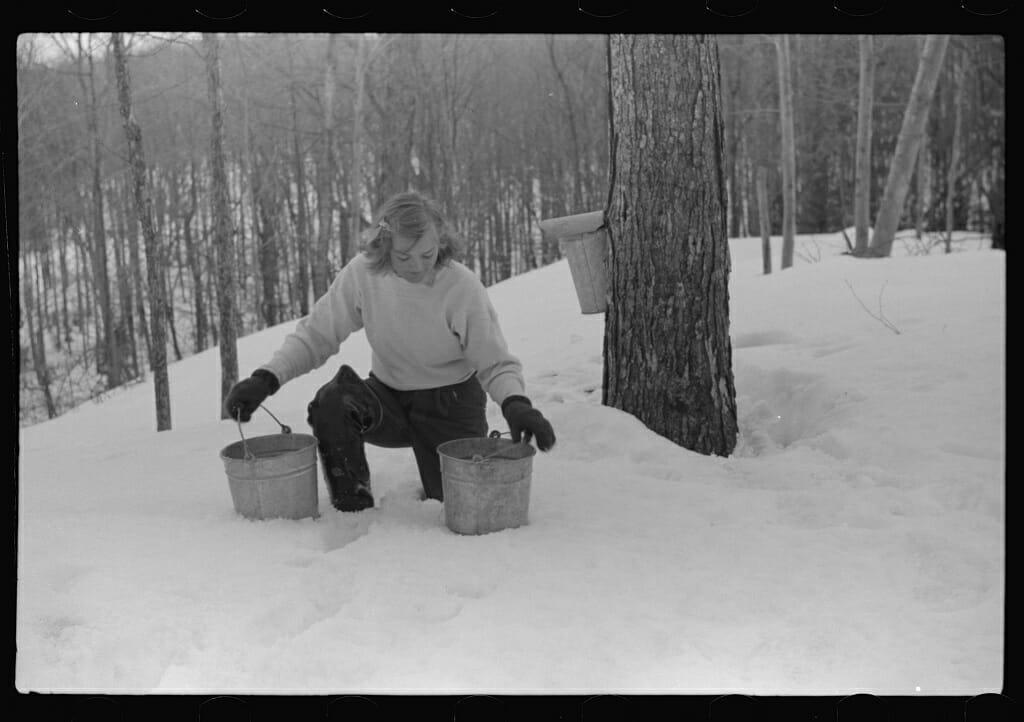 Taking a break from gathering sap in knee-deep snow, ca.1940 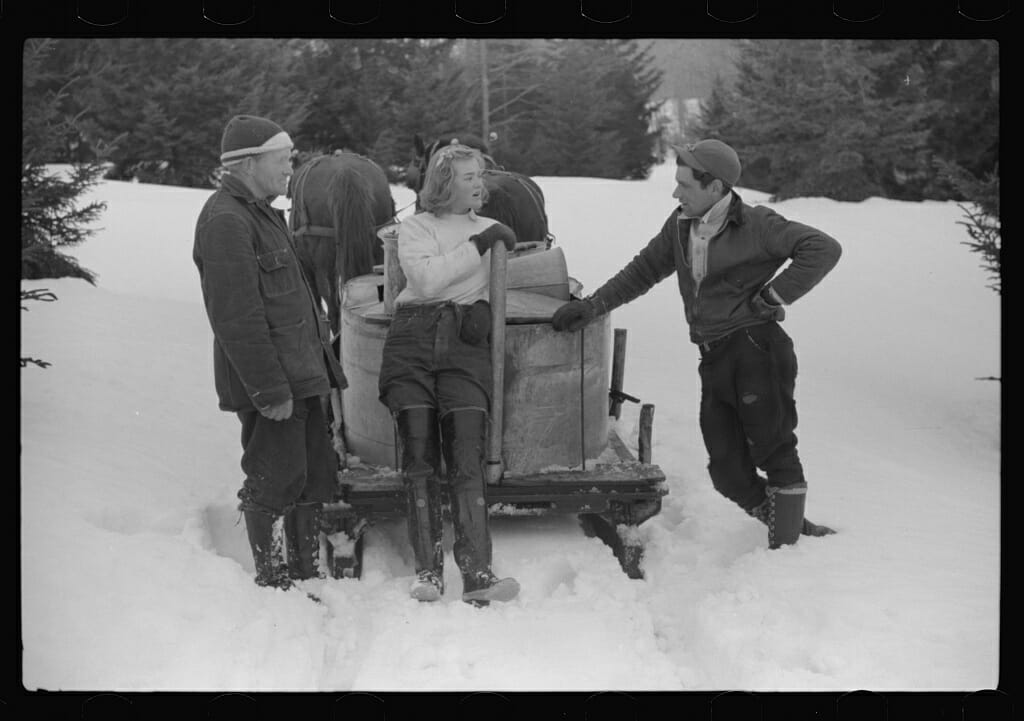 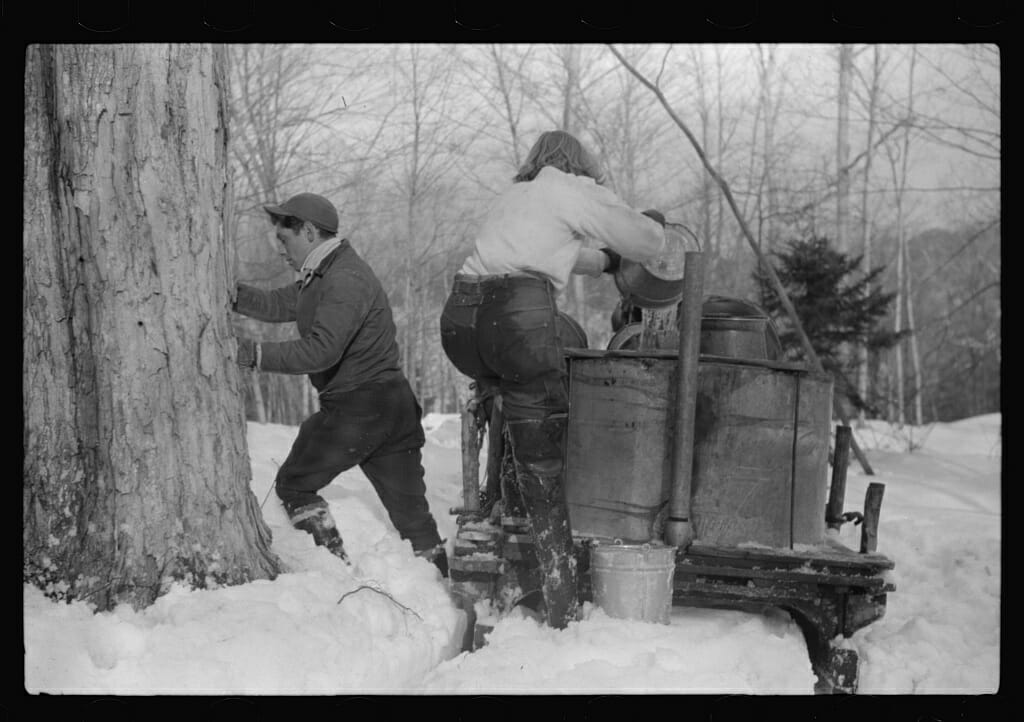 Gathering sap from maple trees and hauling it back to the sugar house, ca. 1940. 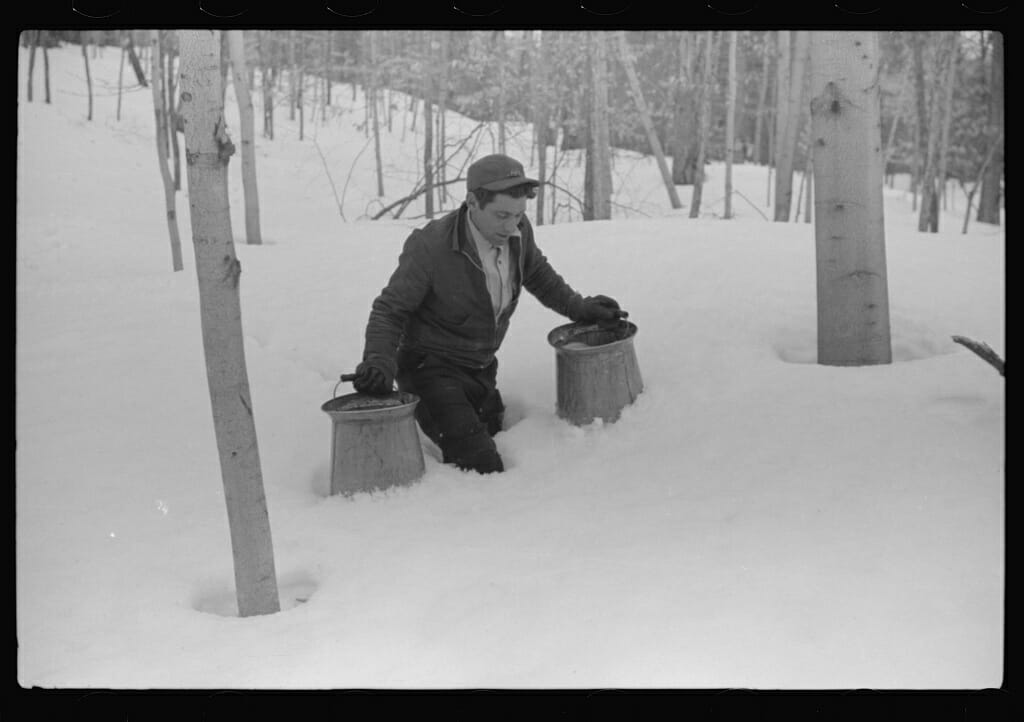 Trudging back and forth through the snow with buckets of sap, ca. 1940. 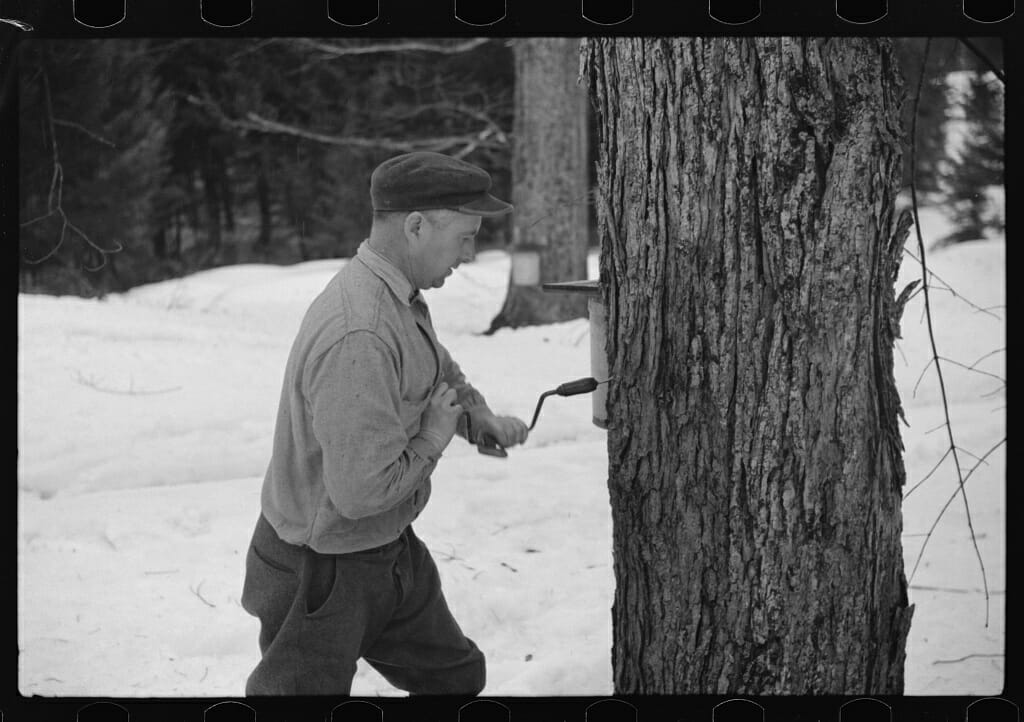 Walter Gaylord drilling hole in maple tree to get sap which will later be boiled down into maple syrup. 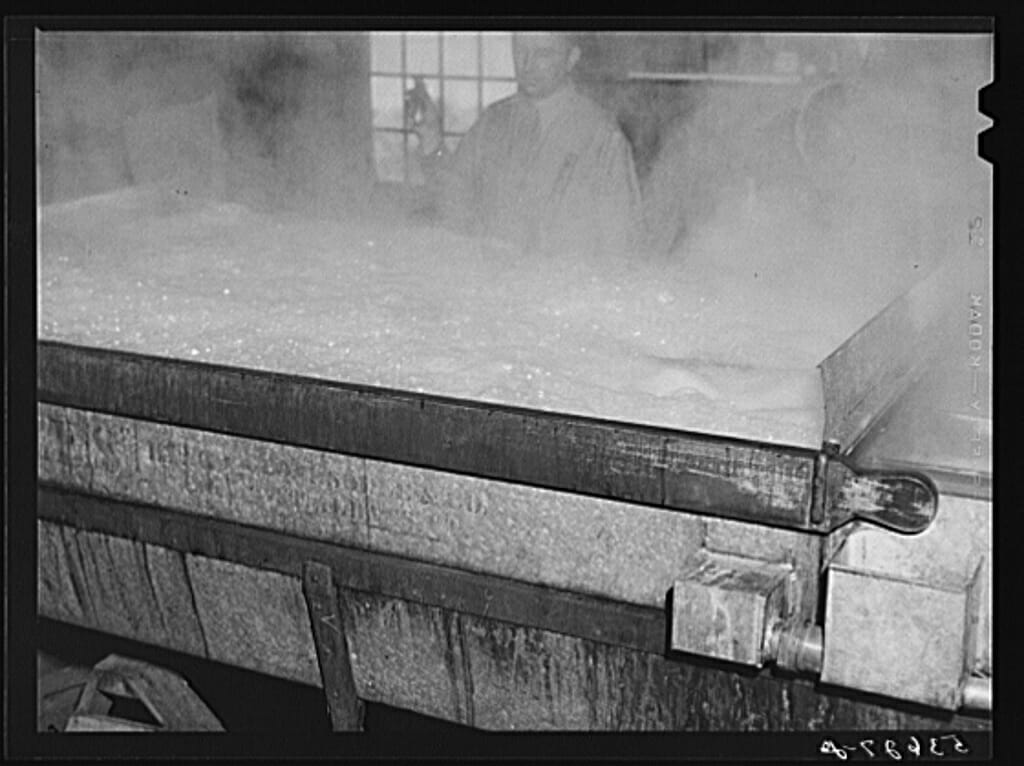 Boiling down sap into maple syrup in the evaporator, ca. 1940. 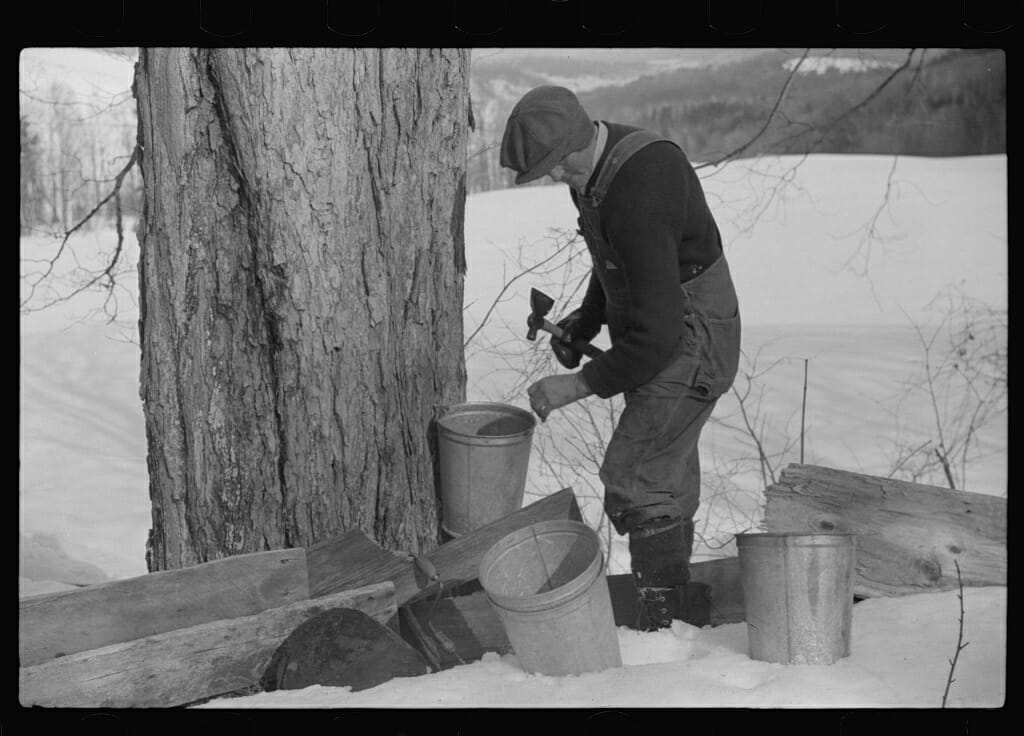 Hanging the bucket on the spout while tapping a sugar maple tree for gathering sap to make syrup, ca. 1940. 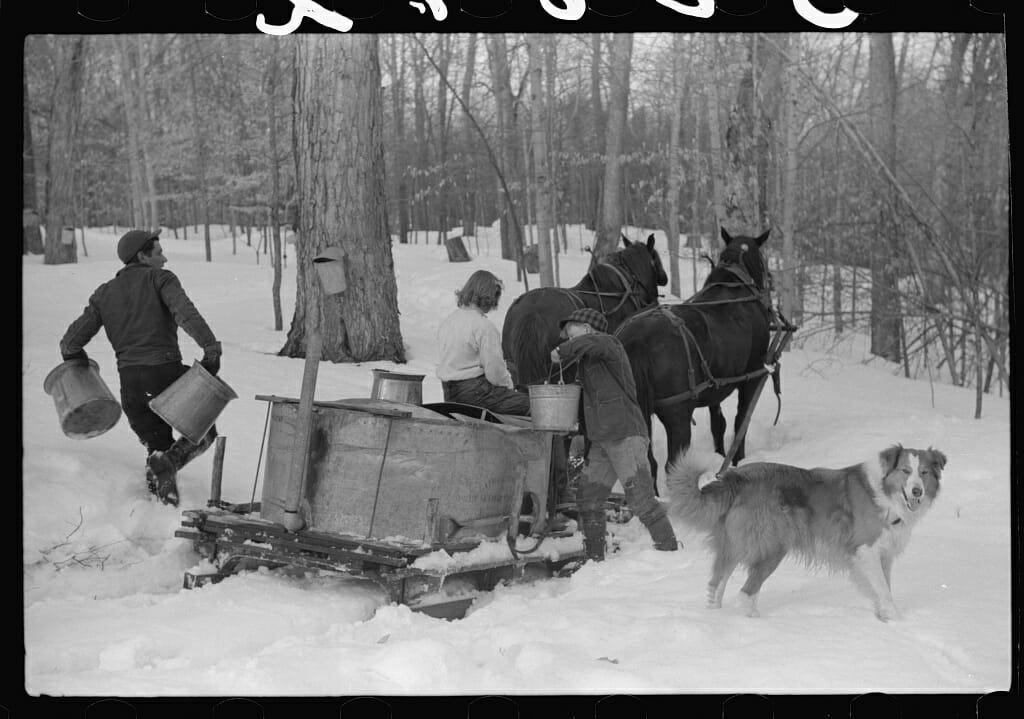 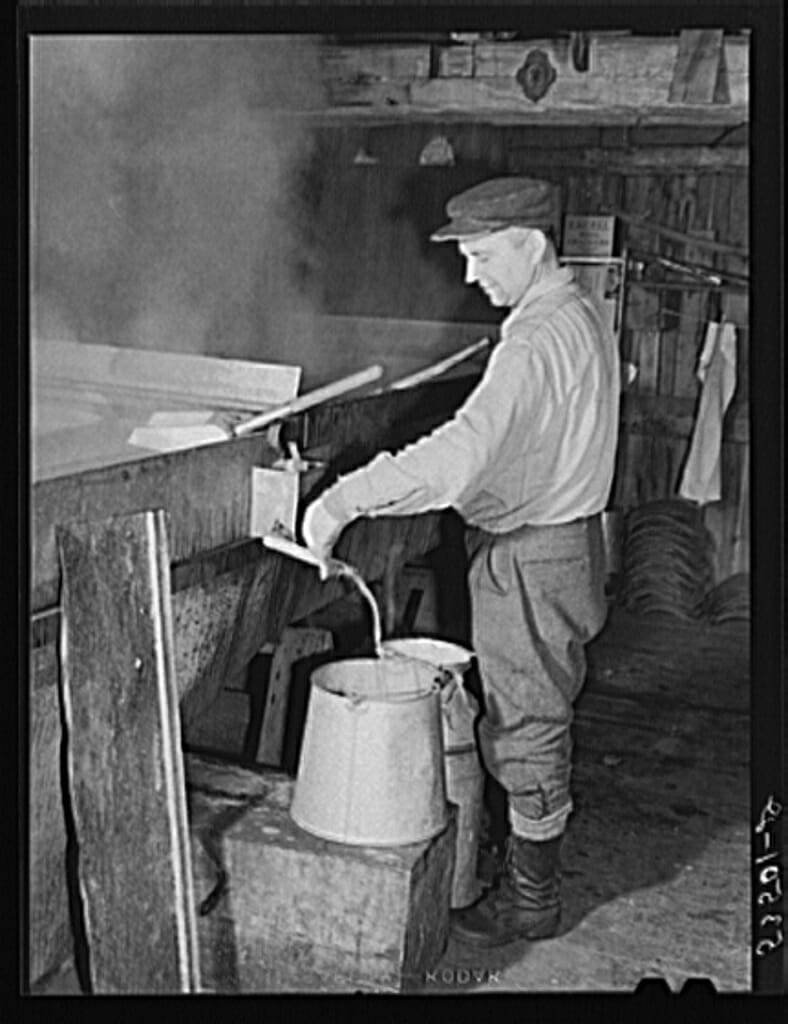 Walter Gaylord syruping off the maple sap has finally boiled it down in the evaporator to the correct syrup consistency.

Popular
The Future of Hay Drying in AmericaLindsay Campbell
How to (Actually) Get Rid of Fruit FliesEmily Baron Cadloff
7 Smokable Plants You Can Grow That Aren’t MarijuanaBrian Barth
The Story of Brazil Nuts is Kind of NutsAndrew Amelinckx
When Tractors Invaded D.C.Sam Brasch
Explore Modern Farmer
Related
Cookbooks, Food & Drink
7 New Cookbooks We’re Cozying Up With This FallShelby Vittek
Food & Drink, How-To
6 Ways to Preserve Your HerbsLindsay Campbell
Food & Drink, Immigration
So Much For Eating LocalEmily Baron Cadloff
Food & Drink
In Search of Sustainable SpiritsShelby Vittek
wpDiscuz
We use cookies on our website to give you the most relevant experience by remembering your preferences and repeat visits. By clicking “Accept”, you consent to the use of ALL the cookies.
Cookie settings ACCEPT
Privacy & Cookies Policy