When Katie Uhlaender isn't going 86 MPH face first down a hill in the skeleton event in Sochi, she also raises cattle. 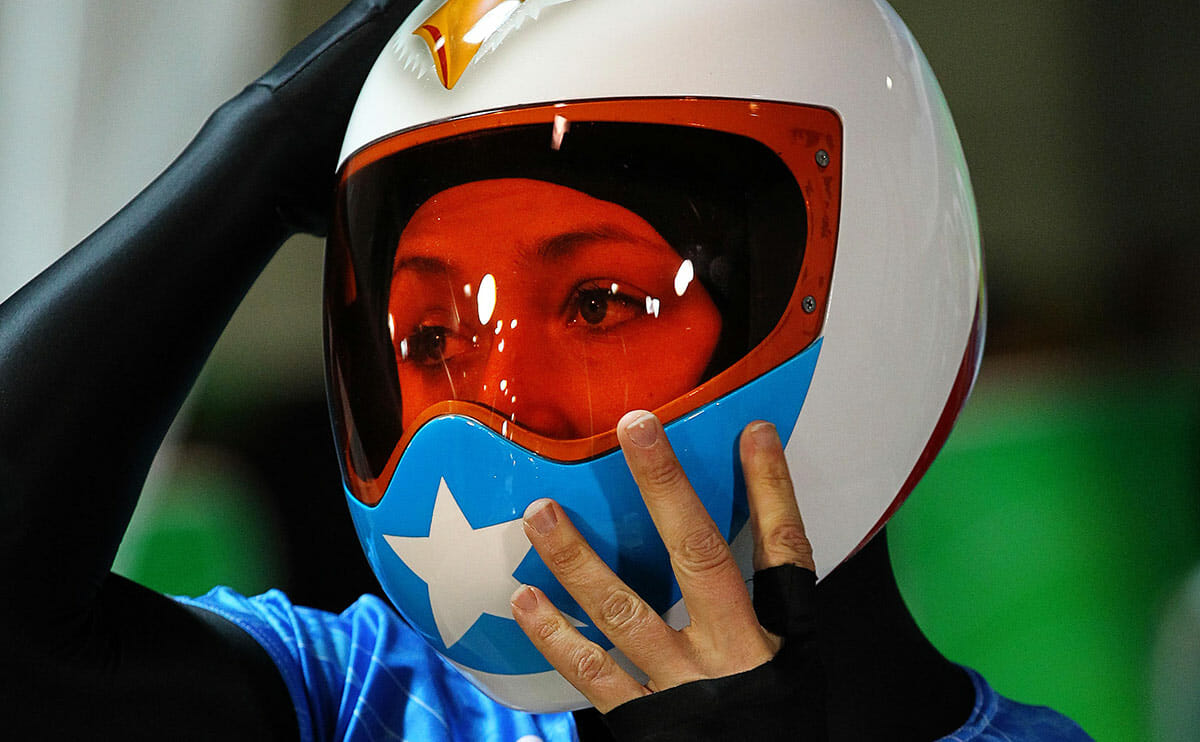 Modern Farmer: We were excited to find out that a farmer is on the US Olympic team. Tell us about your farm.

Katie Uhlaender: We raise cattle for beef, and the crops we grow are primarily for feed for the cattle. We do up to 100 acres of wheat, corn and alfalfa in rotation. The farm is 830 acres in Atwood, Kansas. It was my father’s, and my mom inherited it when he passed away in 2009. I’d like to buy it, but I’ve just got to get the money. Hopefully my success in Sochi will give me the means to do that.

MF: How did you get into farming?

KU: I won the Skeleton World Cup in 2007 and again in 2008 and had some prize money. The economy seemed to be going down the tubes, and my dad [former Major-League outfielder Ted Uhlaender] said, “Why don’t you buy cattle?” So I’ve been in the cattle business since then.

My father had 80 head, and I work with a guy named Dave Frisbie who has 800 head of cattle and farms 8,000 acres. He’s my mentor. Basically, we’ve got a good-ol’-boy program going. He’s teaching me everything I know.

MF: Why do you love it so much?

Knowing that you’re feeding the nation with all-natural cows from an all-natural athlete is very rewarding. It’s very American. I’m proud to be a farmer and to go to the Olympics representing the United States.

KU: When I went out on the farm with Dave on the first day, I had a blast. I just fell in love with the camaraderie and the community support. Putting that much effort into something and getting the reward and the big check is just awesome. And knowing that you’re feeding the nation with all-natural cows from an all-natural athlete is very rewarding. It’s very American. I’m proud to be a farmer and to go to the Olympics representing the United States.

MF: What kind of cattle do you have?

KU: Angus-Hereford mixes. We have Black Angus cows and Hereford bulls. Dave has some Red Angus cows as well. Right now I own seven cows, and I’m planning to buy three more. Every spring, I sell my crop of calves.

MF: How much time do you spend on the farm?

KU: I spend as much time as I can there and help as much as I can, but I’m never anywhere for more than three to four weeks at a time. All my stuff is out at the farm, and that’s where I live. I have two sports I’m training for ”“ Olympic weightlifting in the summer and skeleton in the winter ”“ so that’s why I’m traveling so much.

MF: Does farming help with your training or does it get in the way?

KU: It’s like anything else you want to do. You have to balance your time. My teammate, Noelle Pikus-Pace, has kids and I have a farm. You have to have a drive to get up and do what you have to do. I think that’s what’s great about farmers. It doesn’t matter if you’re too sick to get up and move the hay bale. It still has to get moved. You just have to get it done.

MF: What do your Olympic teammates think about all this?

KU: I don’t think anyone really gets the concept at all, to be honest. A lot of these athletes are from the city or the suburbs, and they don’t really understand farming. And before I got into it, I didn’t either. It’s one of those things ”“ you either love farming or hate it, and I’m one of those people who’s fallen in love with it.

MF: Has farming taught you any lessons that you apply to the skeleton, or vice-versa?

KU: Farming and being an athlete go hand in hand in my mind. You’re out there to win and you’re up against the odds. You can’t control the weather or a lot of things, but you go out and do what you do.

That’s the biggest thing that I’ve learned from Dave. He’s always got a positive attitude even when things aren’t good. You just keep moving on. You pick yourself up and you keep going. You’re fighting to win. Farmers understand what it takes to win and what it takes to not quit.

MF: So do you think about your cattle when you’re flying down the track?

There’s no time to think, man. Have you seen my sport? While I’m going down the track, the last thing that’s on my mind is anything other than what I’m doing.

KU: There’s no time to think, man. Have you seen my sport? While I’m going down the track, the last thing that’s on my mind is anything other than what I’m doing.

MF: Why is it called skeleton, anyway? It’s probably the best-named sport ever.

KU: It’s because they took part of the frame from the bobsled and used it. It is intimidating.

MF: What makes the difference between medaling and not?

KU: It’s all about being able to create momentum and not letting go of it. You go with the track, with the mistakes you make, accepting gravity and going with the speed and taking it for all it has to offer.

MF: Are you going to visit any farms around Sochi?

KU: I’m really going to focus on what I’m here to do for now. I’m going to stay in the Village and train. I race on the 13th and 14th. After that, we’ll see, but until then I’ve got one thing to do.

MF: Good luck ”“ we’ll be cheering for you next week!