South Carolina Could Go All in for Alligator Farming

Residents of the state can already hunt alligators and buy alligator meat, but there is no way for residents to raise the nation’s largest reptiles as livestock. The idea came to Sen. Hutto by way of Joel Sleeman, who works for a construction prep company in the tiny town of Allendale. Sleeman hasn’t yet tried […] 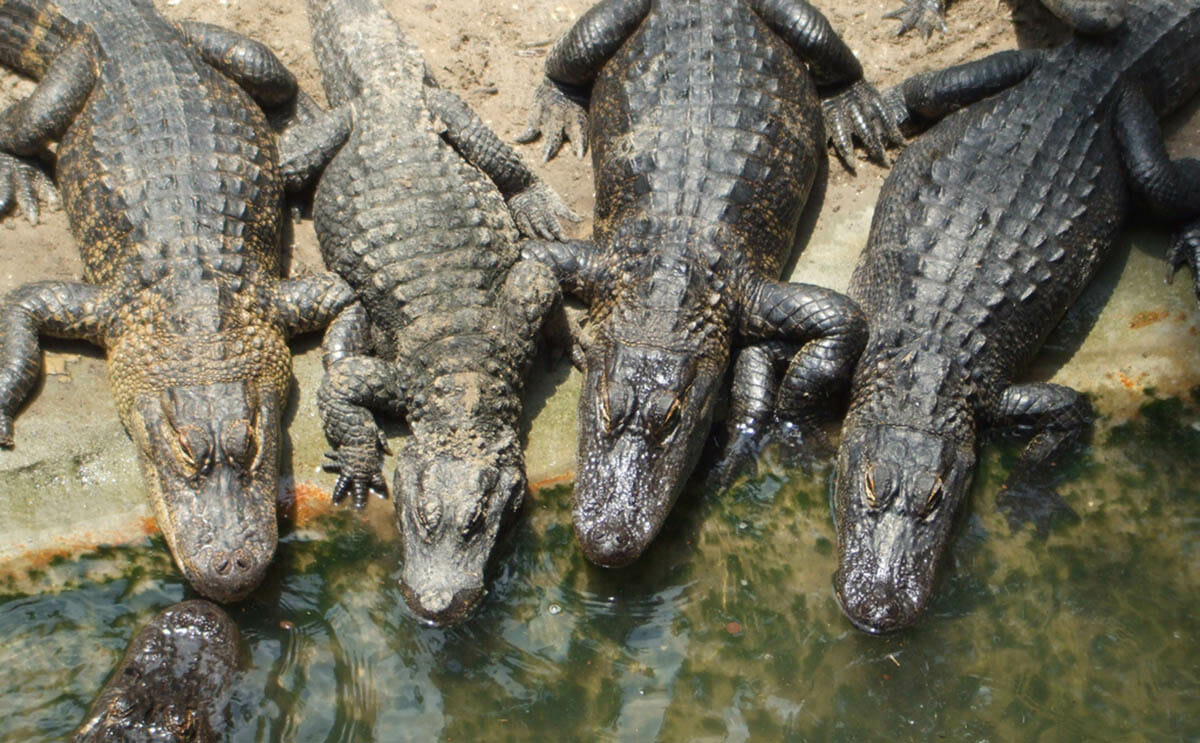 Residents of the state can already hunt alligators and buy alligator meat, but there is no way for residents to raise the nation’s largest reptiles as livestock.

The idea came to Sen. Hutto by way of Joel Sleeman, who works for a construction prep company in the tiny town of Allendale. Sleeman hasn’t yet tried his hand at farming or raising livestock, but his wife is from Louisiana where the vast majority of the nation’s alligator farms dot the off-roads of swamp highways.

If he succeeds, he will be joining a industry where hardy farmers supply the raw materials for purses that fetch $22,400 in a Louis Vuitton storefront.

“It should be a profitable business,” Sleeman told the Charlotte Observer in their report on the bill. “There’s definitely a market for the meat and the hide.”

Greg Lutz, a professor at the Louisiana State University Agricultural Center, isn’t so sure Sleeman should get his hopes up. As an adviser to the state’s gator farmers, he has watched Louisiana’s 55 alligator operations struggle with a fickle economy for luxury goods and high prices for feed and upkeep.

New alligator farmers also need a huge amount of capital to get started. In the wild, alligators enter a state of winter dormancy in which they can go months without a meal. Farmers must build heated concrete pools so the animals will keep eating and growing throughout the year.

And that food? It doesn’t come cheap either.

In his comments, Sleeman mentions partnering with slaughterhouses to get waste material for gator feed, but Lutz says that most big gator farms have switched to nutritionally designed feed pellets … lots of feed pellets. Florida officials estimate an alligator requires 400 pounds of protein to reach 6 feet.

But when it works, Lutz says alligator farming doesn’t just make for a good business — it’s good for the state’s thousands of wild gators.

Unlike most forms of of livestock production, Louisiana alligator farmers rely on a vibrant population of wild gators to supply their farms with a new batch of eggs every year. That’s because farmers slaughter the gators before they reach sexual maturity and start fights, scratching and scaring each other’s valuable skins.

Here’s how the system works: Each June, officials of the survey the marshy Louisiana coast for alligator nests. They then contact private landowners with a quota of the number of eggs they can sell off their property.

‘For decades and decades, all that marshland had no productive value. Suddenly, [landowners] have a way to generate revenue on that property.’

Egg collectors — many of whom are alligator farmers — show up in helicopters and ultralight aircraft to mark the specific location of each nest before they span out in fan boats to collect eggs.

After 65 days of incubation, most of the approximately 350,000 eggs the state collects each year become a new set of baby gators.

As callous as the process sounds, it has brought new life to the state’s gator population. Landowners have a reason to protect wild gator habitats and each year farmers release 12 percent of the gator hatchlings back into the wild to keep up a healthy supply of eggs. 31 years after the American alligator became one of the first species to be protected under the Endangered Species Act, there is now a stable population of 2 million wild alligators lurking in Louisiana swamps.

“For decades and decades, all that marshland had no productive value,” explains Lutz. “Suddenly, [landowners] have a way to generate revenue on that property.”

After some turbulence around the great recession, farmers have also found some economic stability. In 2012, Louisiana farmers sold 292,657 alligator skins at a total value of $64.5 million. While alligator meat makes for a lean alternative to chicken or pork, alligator skins drive the majority of industry profits. Meat value only came to about $6 million.

Right now, its not clear if South Carolina will adopt the Louisiana model for its future gator growers. The S.C. Department of Natural Resources has given its tentative approval as it looks into the relationship between captive and wild gators. And the South Carolina Department of Health and Environmental Control has yet to weigh in.

But Lutz sees the expansion of gator farming as something that should be a point of agreement for industry leaders and environmentalists.

“My gut feeling about that law is that environmentally and ecologically, there is probably nothing to be concerned about if it’s managed well, but its a big question as to whether people are going to make money any time soon, because there is a pretty steep learning curve.”