Frank Pearson used the name Captain Starlight a full 15 years before Thomas Alexander Browne wrote the book "Robbery Under Arms,” about a cattle rustler, or duffer, with that appellation. But even so, there is confusion over whether the author actually based his character on Pearson. There are several candidates, including two other "bushrangers,” the term for these types of outlaws who lived both literally and figuratively on the edges of the "civilized” white society. 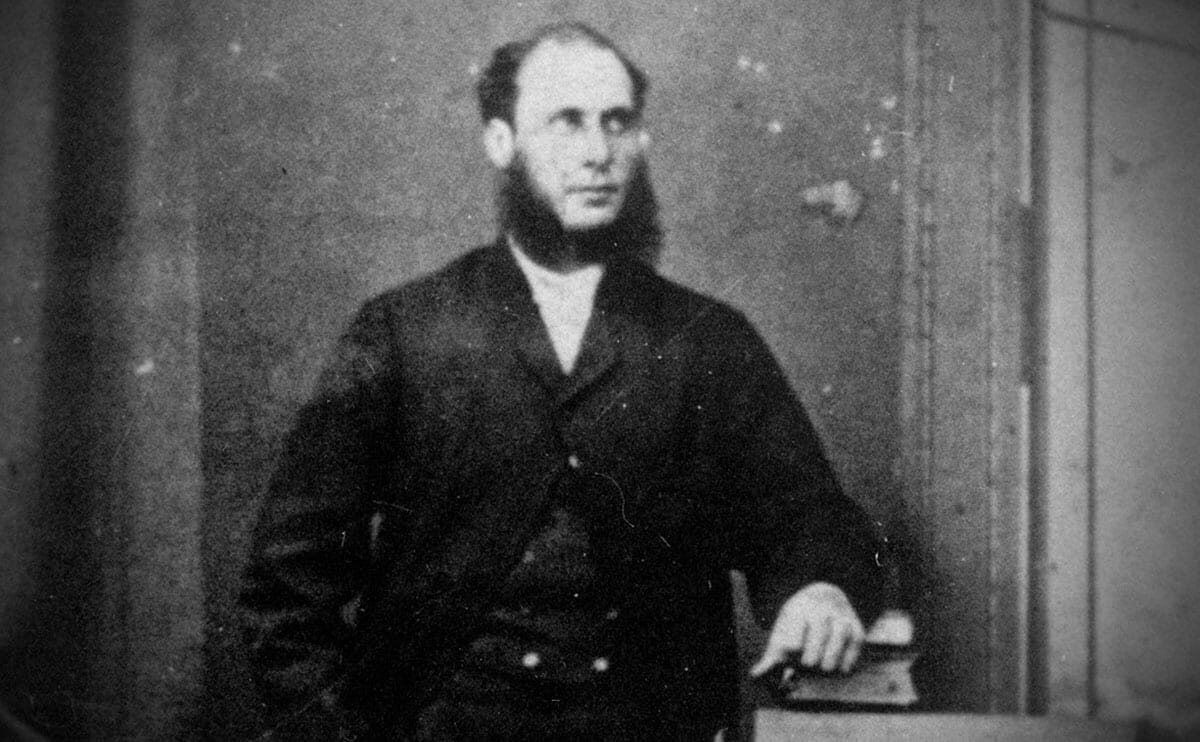 Frank Pearson used the name Captain Starlight a full 15 years before Thomas Alexander Browne wrote the book “Robbery Under Arms,” about a cattle rustler, (or, as they’re called in Australia, duffer), with that appellation. But even so, there is confusion over whether the author actually based his character on Pearson. There are several candidates, including two other “bushrangers,” the term for these types of outlaws who lived both literally and figuratively on the edges of the “civilized” white society.

“Robbery Under Arms,” first published in serial form between 1882 and 1883 in a Sydney newspaper, may vaguely sound like a book about the theft of armpit hair but is actually about two brothers who stray from the law and join forces with a cattle thief named Captain Starlight – the black sheep of a noble English family – and his Aboriginal companion Warrigal. They rob wagon trains loaded with gold and steal cattle from the enormous ranches that dotted Queensland. The book, while somewhat Victorian in morals (the heroes, or anti heroes as it were, all get caught or die), became wildly popular, causing one critic in 1891 to write that it was “a curious comment on Australian history that the heroes of our best novels are convicts and bushrangers.”

Pearson was the loudest claimant for the title, telling all who would listen as he sat in jail that he was the inspiration for the book’s hero.

Pearson was born in London in 1837 and came to Australia sometime around 1866. It didn’t take him long to hook up with a horse thief named Charles Rutherford. Together the pair went on a robbery spree, hitting an inn, post office and farm property in New South Wales in short order. When two police constables came looking for the men at a shootout in Shearer’s Inn in the village of Enngonia, Pearson left with wounds to his arm and wrist and one of the constables died from a bullet to the chest.

During one robbery, Pearson ordered the farm’s owner to give his best brandy to the field hands. With a shout of ‘drink to the health of Captain Starlight,’ he rode off.

The duo fled southwest, stole some more horses and split up. Pearson continued his aptitude for robbery, hitting several spots even as he was being chased by a large posse of lawmen. During one robbery, he ordered the farm’s owner to give his best brandy to the field hands. With a shout of “drink to the health of Captain Starlight,” he rode off.

He was eventually cornered on Christmas Day, 1868 — in a cave, weak from his wounds, a lack of water and the venom of bull ants. The large and aggressive ants had attacked his nether regions while he slept, as he had used his pants for a pillow.

Sentenced to hang, he was given a reprieve and served 15 years of a life sentence before being released. Seven years later, up to his old tricks, he was again sentenced to jail for forgery, fraud and horse theft. Released after a year he changed his identity and lived a quieter, if no less sober life, until he accidentally ingested poison one night in 1899, drunkenly mistaking the cyanide for his medicine.

While Pearson may have believed himself the model for Browne’s hero, the author, who wrote under the pen name Rolf Bolderwood, said he used a combination of bushrangers to create his character, including Henry Arthur Redford (some sources have it as Readford), whose most famous exploit of stealing 1,000 head of cattle plays an important role in the novel.

Redford was born in either 1841 or 1842 (there seems to be some confusion here) in Mudgee, New South Wales, the youngest of 11 children. His father was a convict from York, England, sent to Australia in 1814 ”“ though through hard work, he became a respectable land owner. His son Henry, “Harry” to his friends, apparently took after his old man (pre-reformation) and became “The King of the Cattle Duffers” after he and four others stole (and rebranded) somewhere between 600 and 1,000 head of cattle, along with a rare white bull from a Queensland ranch in 1870 and drove them 800 miles, selling them in Blanchewater Station in South Australia. They would have gotten away with it too, if it weren’t for that pesky white bull. Employees of the ranch identified the bull, and were thus able to identify Redford and his cohorts as the thieves. But Redford didn’t have anything to worry about: In February 1871, a jury of Redford’s peers spent about an hour before returning a verdict of “not guilty,” even in the face of overwhelming evidence against the duffer. The judge made it perfectly clear where he stood, telling the jury, “Thank God, gentleman, the verdict is yours, not mine.” The government took its revenge on the court and ordered it shut down for four years, but rescinded the order after only six months.

Redford eventually went straight and used the skills he honed as a duffer in his new career driving cattle for the ranchers who once feared him. He drowned while exploring Central Australia in 1901. But his legend lived on and today in Queensland there’s an annual cattle drive in his honor. Strangely, although he never used the name, by dint of Browne’s book, Redford has become closely associated with the nickname Captain Starlight.

To muddy matters even more, the author said his character was also partly based on Thomas Smith, Captain Midnight, another famous duffer of the era. For one more layer of confusion, Captain Midnight was also the name of an American radio and television show from the 1930s to 1950s about an airplane pilot who headed up a secret government organization fighting the country’s enemies. He also helped sell Ovaltine to kids.

Captain Midnight died at dawn, croaking out his last defiant words: “Oh, that I had my rifle — I’d learn some of you to be merciful!”

Captain Midnight, the duffer, not the crime fighter, was born in 1850 with the last name of Smith, but apparently through the years used a variety of aliases before going by the aforementioned moniker. While not a lot is known of his youth, by 1870 he had been thrown in jail for cattle rustling. Sentenced to five years, he took it upon himself to shorten his stay behind bars, escaping after a year’s imprisonment. He then popped up in Sydney, hooked up with a couple of other bad men. They spent their time burglarizing homes and robbing people, which landed all three in jail. Sentenced to 6 ½ years, our intrepid and slippery anti hero again broke out and with another jailbird pal began stealing horses and large head of cattle in earnest. For six years things went well until a constable tracked him down in Queensland. Captain Midnight beat the man senseless and again escaped, but now the chase was on for real. After a gunfight in which he killed a different lawman in October 1878, he was cornered in the bush near Enngonia — the same place where Pearson had his gunfight a decade earlier — and was brought down in a hail of bullets. He died at dawn, croaking out his last defiant words: “Oh, that I had my rifle — I’d learn some of you to be merciful!”

Browne, the author of the book that helped make the cattle thieves and bandits of old Australia famous, was squarely on the side of law and order. He was a police magistrate, among many other pursuits. While he continued to write throughout his life, he never had the same success as he did with “Robbery Under Arms,” which soon after its publication was turned into a stage play followed by several movie adaptations, the first being in 1907 and the latest in 1985.

While there are many claimants for the title of Captain Starlight, without Browne they may have all disappeared entirely from the collective memory. Instead, they live on as emblems of a wilder time in Australia, when cattle rustlers and lawmen blasted away at one another in the untamed Outback.