Juneteenth Might Be the Most American Holiday of All - Modern Farmer
Cookbooks, Food & Drink, History

Juneteenth Might Be the Most American Holiday of All

A new cookbook celebrates the rich food traditions associated with the holiday that commemorates the emancipation of enslaved African-Americans. 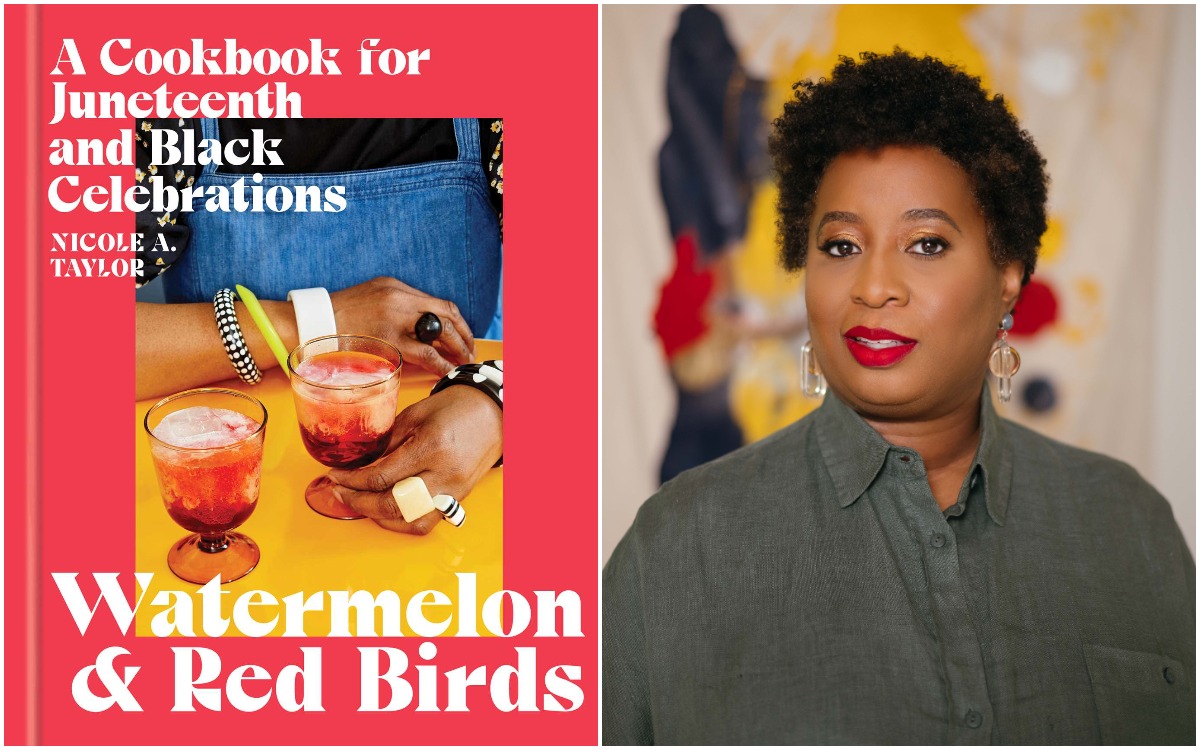 Watermelon and Red Birds is the first Juneteenth cookbook to be published by a major publishing house.
Photography courtesy of publisher; author photo by Kaylin James.
Share
Tweet
Pin
Email

Many Americans consider Memorial Day to be the start of summer, but perhaps a better holiday that exemplifies vacations, bountiful produce, barbecues and time with family and friends is Juneteenth.

On Jan. 1, 1863, President Abraham Lincoln signed the Emancipation Proclamation, freeing enslaved people located in Confederate states. But although slavery was technically over, enslaved people in Texas weren’t notified that they were free until June 19, 1865—more than two years later. The reason for the delay is unknown, although there are some theories that the news was deliberately delayed in order to maintain the labor force. Another theory is that federal troops waited for slave owners to have one last cotton harvest before going to Texas.

After being freed, many African-Americans continued to work in agriculture, either as tenant farmers and sharecroppers or eventually purchasing their own land. Ultimately, millions of acres of land once owned by Black farmers were lost, often due to racism and discriminatory USDA policies. In 1920, there were nearly a million Black farmers, while today, only about 45,000 remain.

RELATED: How Did African-American Farmers Lose 90 Percent of Their Land?

In 1865, there were more than 250,000 enslaved Black people in Texas, and a year later, Juneteenth celebrations started popping up. As of 2021, Juneteenth is now considered a national holiday.

Over the years, the holiday spread throughout Texas and beyond, and celebrations grew to include rodeos, fairs and dramatic readings of the Emancipation Proclamation, as well as Miss Juneteenth contests. Whatever the methods of celebrating, all of the events share one critical component: food.

And there were staple dishes that graced the tables each year, no matter where the festivities were held. As the Dallas Morning News aptly reported in 1933, “Watermelon, barbecue and red lemonade will be consumed in quantity.”

As more people learn about this seminal moment in American history, vibrant conversations about the foods centered around Juneteenth are happening as well, and Nicole Taylor’s new book, Watermelon and Red Birds, is the first Juneteenth cookbook to be published by a major publishing house. The James Beard Award-nominated food writer has also authored The Up South Cookbook and The Last O.G. Cookbook.

The title is derived from two foods important to the celebrations: Watermelon, which originated in northeast Africa and was brought over to America during the Middle Passage; and the red birds, which refer to a belief in the Black and Native American community that the birds are ancestors who have come back to share good luck. Taylor writes that the cookbook is a “declaration of independence” from traditional soul food and represents the freedom to create and evolve from a culinary perspective.

RELATED: Why Do We Eat Black-Eyed Peas on New Year’s?

Once Taylor nailed down the title, which came to her while riding on a train in New York City, the process of creating and testing the recipes in the cookbook happened relatively quickly. Most cookbooks can take between two and three years to pull together, but it took Taylor only about 18 months. “I had a massive spreadsheet of fruits and vegetables that are summer, along with [a spreadsheet] that historically are connected to Juneteenth and summertime,” she says. “I’ve been writing about Black food and culture for a moment, and the recipes needed to be rooted in the Black table.”

Although there aren’t recipes for Black celebration foods such as macaroni and cheese or sweet potato pies, Taylor has taken ingredients that are traditionally part of the Black experience, developing creative and innovative dishes with them. For example, a sweet potato spritz, yellow squash and cheddar biscuits and watermelon kebabs with citrus verbena salt are familiar yet unexpected.

“For Black Americans who have been celebrating [Juneteenth], they will look at this cookbook and it will bring back memories of celebrations in the backyard, or getting in a long line to get fried fish or fried shrimp or a turkey leg, and it will get them excited and create these things at home. And also try something new to add to their Juneteenth table, and talk to their family about who made the potato salad,” says Taylor. “For those celebrating for the first time…I hope they walk away understanding that it was a holiday born in Texas, and because of the Great Migration, you find it in backyards in Oakland, in Chicago, in Brooklyn. And those same folks will get inspired to get in the kitchen and cook. Food is a great way to have conversations.”

Really can Modern Farmer become even more of a leftist rag. What a bunch of commies

Juneteenth? I’ve never hard anything more stupid than that!

Hard to see how Juneteenth can be “the most American holiday of all” when you have black academics saying white people shouldn’t ask to come to a Juneteenth cookout.
https://www.thecollegefix.com/cal-state-professor-white-people-shouldnt-ask-to-come-to-juneteenth-cookout/