Honeybees Are Feeling the Heat

In the Pacific Northwest, extreme temperatures and recurring drought are disrupting the health of essential bee colonies. 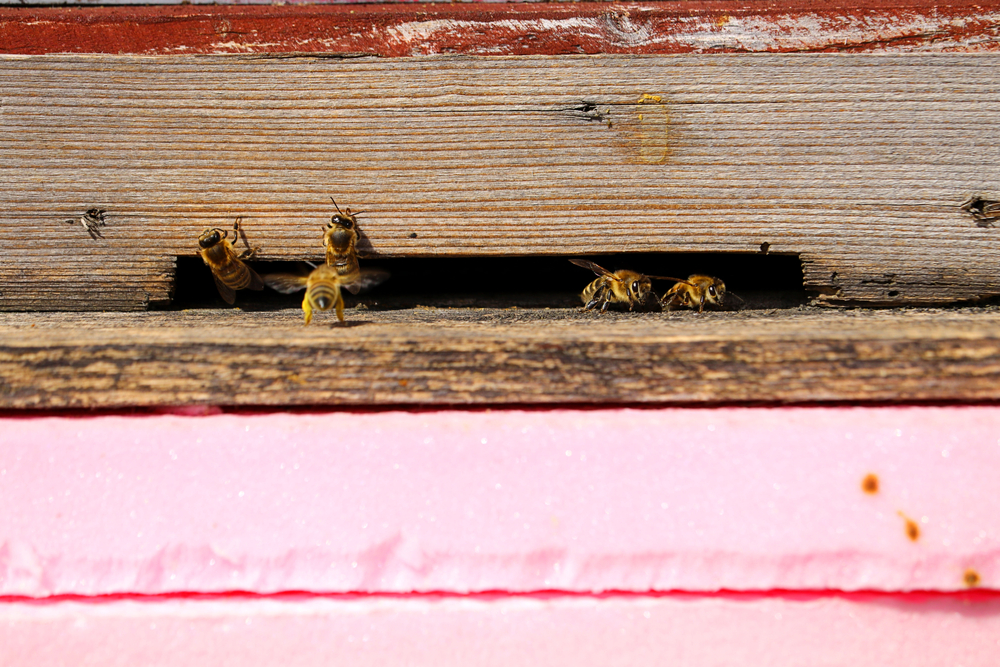 Honeybees are durable creatures, but they need water to rely on when temperatures get high.
Photography by sunday pictures, Shutterstock.
Share
Tweet
Pin
Email

During the 2020 wildfire season, among the worst in Oregon, Joe Hansen and his family evacuated thousands of bee hives after hot and dry winds pushed a wildfire toward their apiary in the Cascade Mountain foothills. It moved fast, and the beekeeper couldn’t reach his honeybees in the timberlands, where they once reveled in the pollinator paradise of subalpine willowherbs.

“We just couldn’t get to them. On Sunday night, the fire started and then Monday morning the air was full of smoke. By the afternoon, we had to send the crew home because of the conditions. I think that night we evacuated, and [first responders] kind of let us back in, past the roadblocks, to get our bees along with other people who were trying to evacuate their livestock,” Hansen recalls. “But the bees in the upper yards, it was too late. They burned up.”

He lost a few hundred hives to the Riverside Fire in September 2020 that relentlessly spread to more than 138,000 acres, a size so big that the nearby city of Portland could fit within it.

Forty years ago, when Hansen’s father started Foothills Honey Company, hot and long summers were rare. But, over the last few decades, temperatures have increased about two degrees across the Pacific Northwest and drought conditions are more prevalent, according to the Oregon Climate Change Research Institute.

With each summer comes new records set for extremely high temperatures. Last year, a heat dome brought 119°F temperatures to some parts of Oregon. That’s nearly hot enough to melt honeycombs. When exposed to temperatures above 120°F, combs heavy with honey are at risk of falling out of beekeepers’ frames, according to Oregon State University, where researchers work with beekeepers such as the Hansen family.

RELATED: How the Pacific Northwest Heat Wave Is Affecting Farmworkers

Honeybees are durable creatures, and they try to cool their hives. They will find water, create a bubble with their mouth, fly it to their hive and drop the water in. Beekeepers have started to keep tubs of water by their hives, but there’s not much they can do for the moisture-deprived plants on which  their bees rely. It means the bees don’t have much to forage—especially in warmer fall months, which cause the bees to stay active for longer than usual.

“There’s a period when we’re worried about the bees shutting down,” Hansen says. “They should be getting ready for winter, and instead, they’re in full flight. We don’t want them doing that because they’re using energy and eating food that they should control saving for winter.” Without the right nutrition going into winter months, especially for bees born in August and September, bees become weak or die. While one of the most important pollinators for regional crops such as apples and cherries, honeybees are not native in the Pacific Northwest, which adds a layer of complexity because their survival is dependent on beekeeper management. They need natural forage in order to be strong enough to pollinate crops on a large scale or make honey. 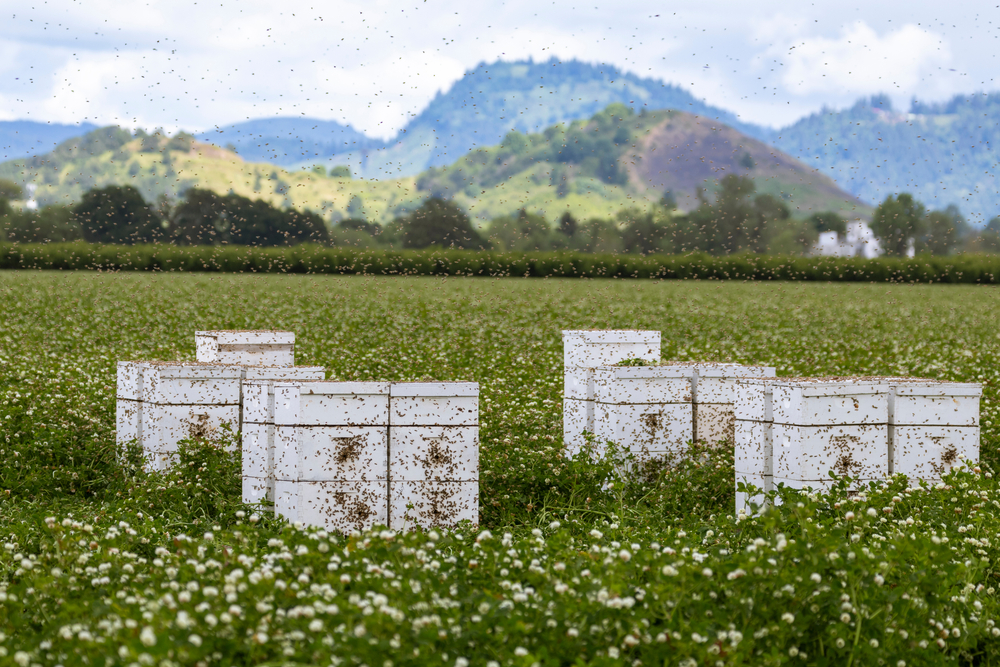 What a healthy pollination season in the Willamette Valley looks like. Photo by Catherine Avilez, Shutterstock.

Most natural forage in the Pacific Northwest, such as dandelions, offer about five weeks of significant bloom for pollinators. But as drought makes that time frame shorter and less consistent, people such as Kelly Kulhanek, a postdoctoral researcher at Washington State University’s Hopkins Honey Bee Lab, are trying to find solutions. Her experiments are done in collaboration with commercial beekeepers, where she applies and monitors different food products and treatments to colonies.

Kulhanek works mostly with migratory beekeepers from Central Washington who lease their hives to pollinate large orchards like those in California, where almond trees provide a rich food source. For the honeybees that survive, they come back strong and the colonies get big. But, sometimes, the bees’ homecoming coincides with a dry spring where plants haven’t bloomed. That happened last spring, and beekeepers turned to supplemental feeding.

“You can feed them artificial pollen. It’s protein powder and this kind of dry powder that you mix into pollen patties,” says Kulhanek. “There’s also sugar water or high-fructose corn syrup. But neither of those are as nutritious as natural pollen and nectar that have different amino acids and micronutrients. It’s extra money to spend to feed them those artificial food sources, and you know it’s not as good as the natural source.”

Some beekeepers are creating their own plant stands with seed mixes for pollinators, but that requires space, money and a reliable source of water. Even with flowering plants that are drought tolerant, nectar secretion and pollen shedding can still be affected by soil that doesn’t have enough moisture.

And for smaller beekeepers such as Rob Rienstra, whose Western Washington apiary has just under 1,000 hives, it’s not an easy investment. “There’s not a practical way that I can plant enough of anything to just feed my bees. You couldn’t just do one crop if you did; you would have to choose many,” he says. “In warmer and drier years, plant blooms go very fast, like three and a half weeks. In those years, we get a significantly lower honey yield. I’m talking about like half of what a normal year is.”

His solution is to move his bees to the mountains when he can get the proper permitting from the United States Forest Service. He brings them into higher elevation near Mount Baker (in the Baker-Snoqualmie National Forest) because the altitude helps delay blooming and provides natural forage later in the season.

RELATED: These Companies Will Do the Beekeeping For You

For both large-scale commercial operations and small, family-owned apiaries, there isn’t a one-size-fits-all fix when it comes to how to take care of their bees as the climate changes. Kulhanek points to two options that will be most likely to unfold in the coming years.

“One option is that you move your bees to somewhere that’s not experiencing drought or as extreme heat, but a lot of what’s difficult about beekeeping is finding good land to keep your bees on,” she says. “And that leaves the other option, which is to do extra management to make up for the things that aren’t blooming the way they should. For us, that usually takes the form of additional supplemental feeding like artificial pollen.”

Kulhanek believes that improving bee health in the long term will take a multifaceted approach by the entire industry. It’s why she, her team and commercial beekeepers continue to research thousands of colonies in an effort to keep honeybees humming in the Pacific Northwest.